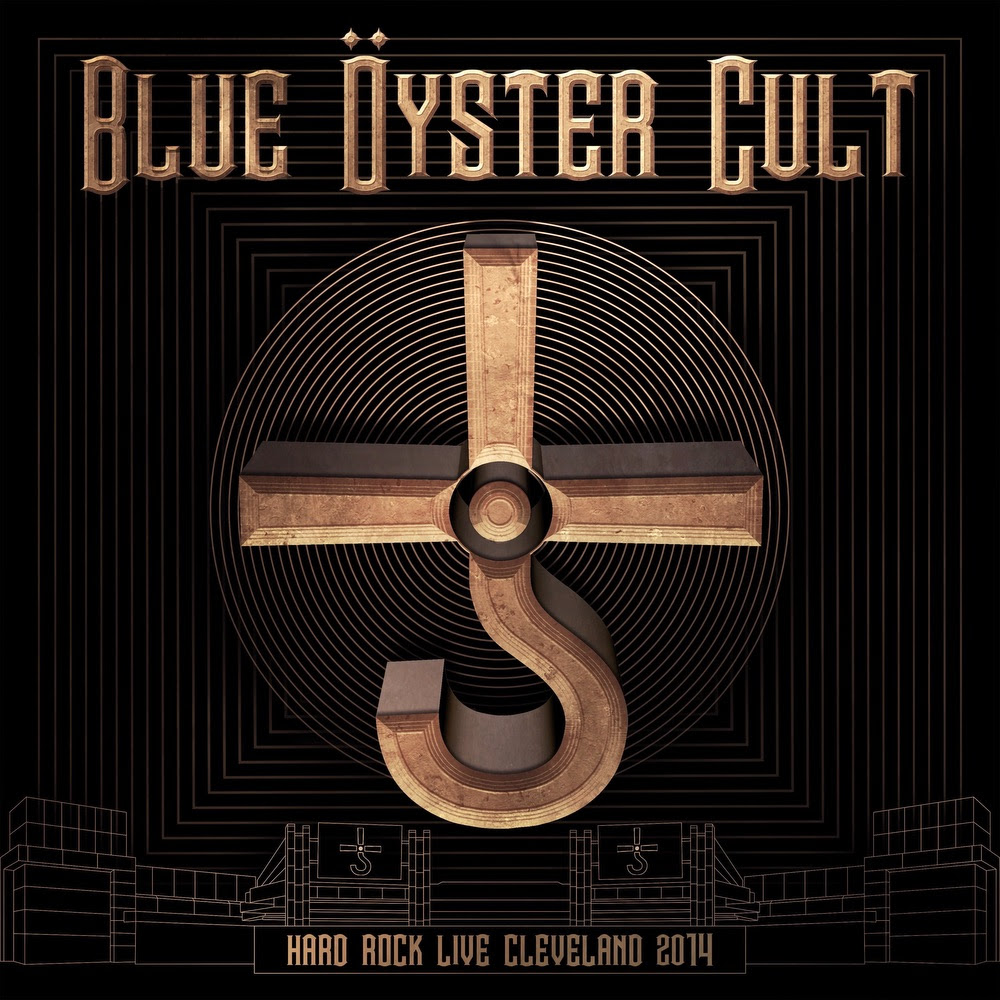 Recorded at the Hard Rock Casino in Northfield, Ohio, ‘Hard Rock Live Cleveland 2014’ offers a
comprehensive and exciting look at the Blue Öyster Cult repertoire. Containing almost two hours of
music, the band is on fire, performing some of the finest and most beloved songs from their extensive
catalogue, while not forgetting some deeper cuts that will make long term fans of the band very happy.
The release will be available on 3xLP (180g gatefold), 2xCD+DVD, Blu-Ray and digital formats. “I’m
most excited about the formats. A collector’s delight,” says BÖC co-founder Eric Bloom. This is the first
in a series of live releases that are planned in 2020.
album pre-order https://radi.al/BOCLive
HARVESTER OF EYES
live video
HARD ROCK LIVE CLEVELAND 2014
TRACKLISTING
1 O.D.’d On Life Itself
2 The Red And The Black
3 Golden Age Of Leather
4 Burnin’ For You
5 Career Of Evil
6 Shooting Shark
7 The Vigil
8 Me262
9 Buck’s Boogie
10 Black Blade
11 Then Came The Last Days Of May
12 Godzilla
13 (Don’t Fear) The Reaper
14 Harvester Of Eyes
15 I Love The Night
16 Hot Rails To Hell
17 Cities On Flame With Rock And Roll
LINE-UP
Eric Bloom – vocals, guitar, keyboards
Donald ‘Buck Dharma’ Roeser – guitar, vocals
Richie Castellano – keyboards, guitar, vocals
Jules Radino – drums, percussion
Kasim Sulton – bass guitar, vocals 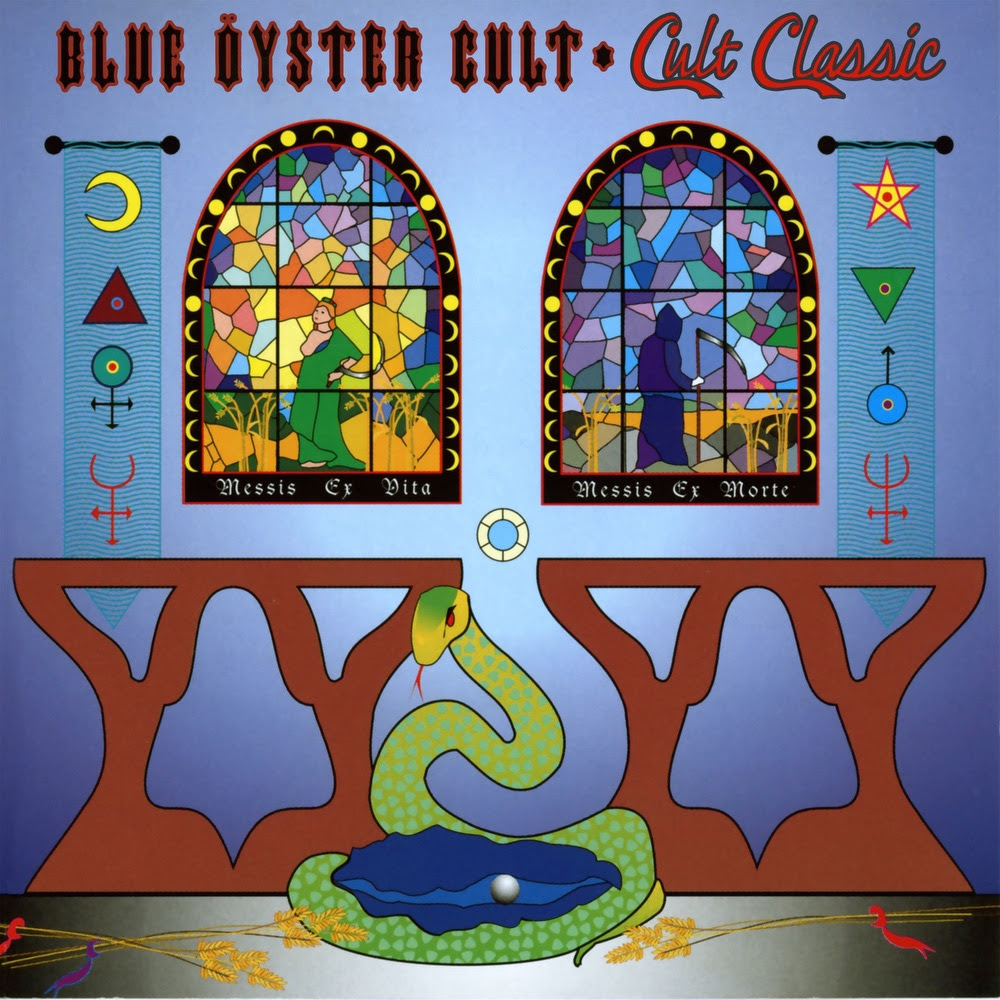 Originally released in 1994, ‘Cult Classic’ was a well received album that contains updated recordings
of the band’s biggest hits, including classics such as ‘(Don’t Fear) The Reaper’, ‘Burning for You’,
‘Astronomy’ and ‘Godzilla’. This reissue is remastered and comes with updated artwork. It will be
available on 2xLP (180g gatefold), CD and digital formats. “‘Cult Classic’ hasn’t been available for
many years and now here it is again in all these new ways,” adds Bloom.
album pre-order https://radi.al/CultClassic
DON’T FEAR THE REAPER
audio
youtu.be/cEomy5LDBgg
CULT CLASSIC
TRACKLISTING
1 Don’t Fear The Reaper
2 E.T.I. (Extraterrestrial Intelligence)
3 M.E. 262
4 This Ain’t The Summer Of Love
5 Burning For You
6 O.D.’d On Life Itself
7 Flaming Telepaths
8 Godzilla
9 Astronomy
10 Cities On Flame With Rock ‘N’ Roll
11 Harvester Of Eyes
12 Buck’s Boogie
13 Don’t Fear The Reaper (TV Mix)
14 Godzilla (TV Mix)
LINE-UP
Eric Bloom – lead vocals, stun guitar, keyboards, producer
Donald ‘Buck Dharma’ Roeser – lead guitar, vocals, keyboards, producer
Allen Lanier – keyboards, rhythm guitar, backing vocals
Jon Rogers – bass, backing vocals
Chuck Burgi – drums, percussion, backing vocals
Blue Öyster Cult is currently hard at work on new material for a studio album that will be released in
2020. According to Eric Bloom, “the band is in the middle of creating new songs and recording them
in between tour dates and, as they evolve in rehearsals and soundchecks, we hope to drop a song
or two into our live shows soon. Everyone is involved in the writing and arrangement of the new
material and we’re all excited about the prospect of a new BÖC album to be released in 2020.”
With a history spanning almost five decades, Blue Öyster Cult has a long history of success and have
sold almost 25 million records worldwide. Songs like ‘Burnin’ for You’, ‘Godzilla’, ‘Astronomy’ and
‘(Don’t Fear) The Reaper’ are true classics and staples of the classic rock genre. Often cited as a
major influence by some of the biggest names in hard rock and metal (including Iron Maiden and
Metallica), the sound of Blue Öyster Cult has evolved through the decades, touching hard rock, heavy
metal, progressive and psychedelic rock. They are sometimes referred to as “the thinking man’s
heavy metal band,” due to their often cryptic lyrics, literate songwriting, and links to famous authors.
blueoystercult.com
facebook.com/blueoystercult
tour dates
blueoystercult.com/Road/OnTour.html
ABOUT FRONTIERS MUSIC SRL
Originally founded in Naples, Italy in 1996 by Serafino Perugino and his father Fernando as a
distribution company, Frontiers has developed into one of the premiere independent rock labels in the
world. Synonymous with quality music from across a broad spectrum of rock genres, the company has
worked with multiple genre heavyweights and fan favourites. Aside from providing a home for classic
artists from the 1970’s and 80’s, it boasts a wealth of young, up and coming talent that, with a savvy
and forward thinking A&R and marketing approach, will be developed into the future of rock and metal.
With a deep commitment to and passion for THE MUSIC and the artists who create it, plus massive
global distribution, sales, marketing and publicity channels, Frontiers is the premiere home for both
established and emerging rock artists.
Head Office: Naples, IT | U.S. Office: Nashville, TN
Subscribe to be alerted when new videos are added:
radi.al/SubscribeFrontiers
Follow the ‘Newest From Frontiers’ playlist on Spotify:
spoti.fi/1rQz5Zm