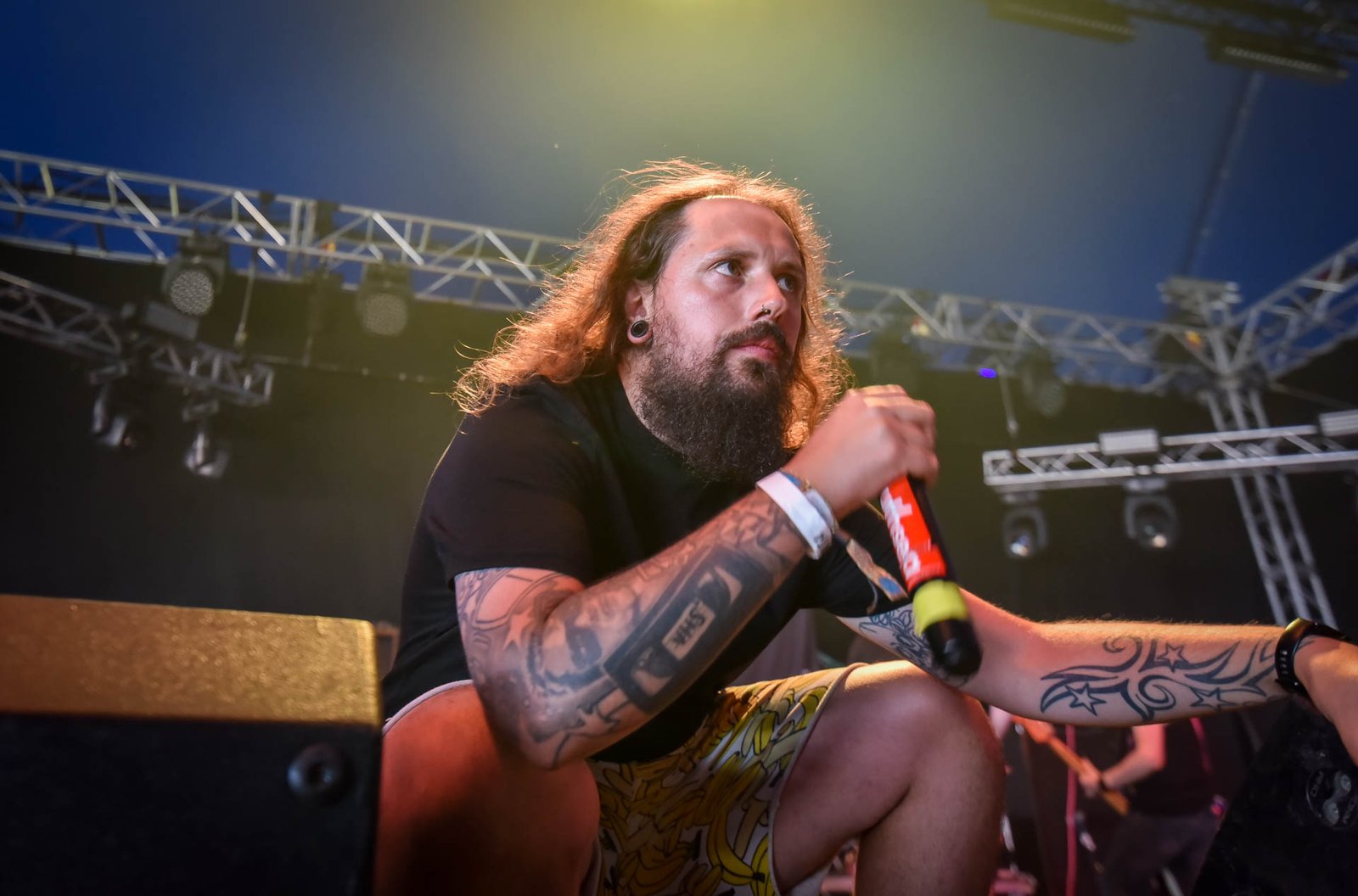 As the afternoon drew in, Luna’s Call, took to the stage. The trio brought their technical death metal and neo-classical sound and the crowd took it all in. Having released their 2nd album ‘Void’ last year, fans have been eager to hear the band live. The boys put on a great show and as is the recurring theme seemed to be enjoying being back on stage. This year is also an upgrade for them, as last time the band played the festival back in 2018 they were on the New Blood stage however they clearly needed the extra space as people were standing on the edge of the tent to watch them tear up the stage.

Urne were up next and having released their first full-length album ‘Serpent & Spirit’ just a couple of months ago, this is the biggest show they’ve played to date this year. With their take and style in the doom/ hard-core genre, this was a band on many people’s must-see lists. Kicking off with the title track from the new album, everyone was excited to hear the new tracks live and it was worth the wait. As the band connected with the fans, everyone in the tent was enjoying themselves to the point of when the band said they were at the last song, the crowd chanted “do one more”. With the final song, the pit opened up wider and both the crowd and the band put them all into enjoying every last second as bodies came over the barriers.

If the crowd was starting to flag then the next band to the stage certainly woke them up! Having released a brand new album earlier this year, Seething Akira came bouncing onto the stage and never stopped throughout the whole performance. From jumping around to headbanging away, these guys give the word energy all new meaning. Infusing metal, electronic dance and drum and bass, the crowd couldn’t help jumping and moving with the band. Having two vocalists gives a variety of screams and melodies while being a group of 6 meant that there was something to draw your attention, whether that be the shredding guitar or both vocalists charisma, they bounced off one another leaving behind one killer performance.