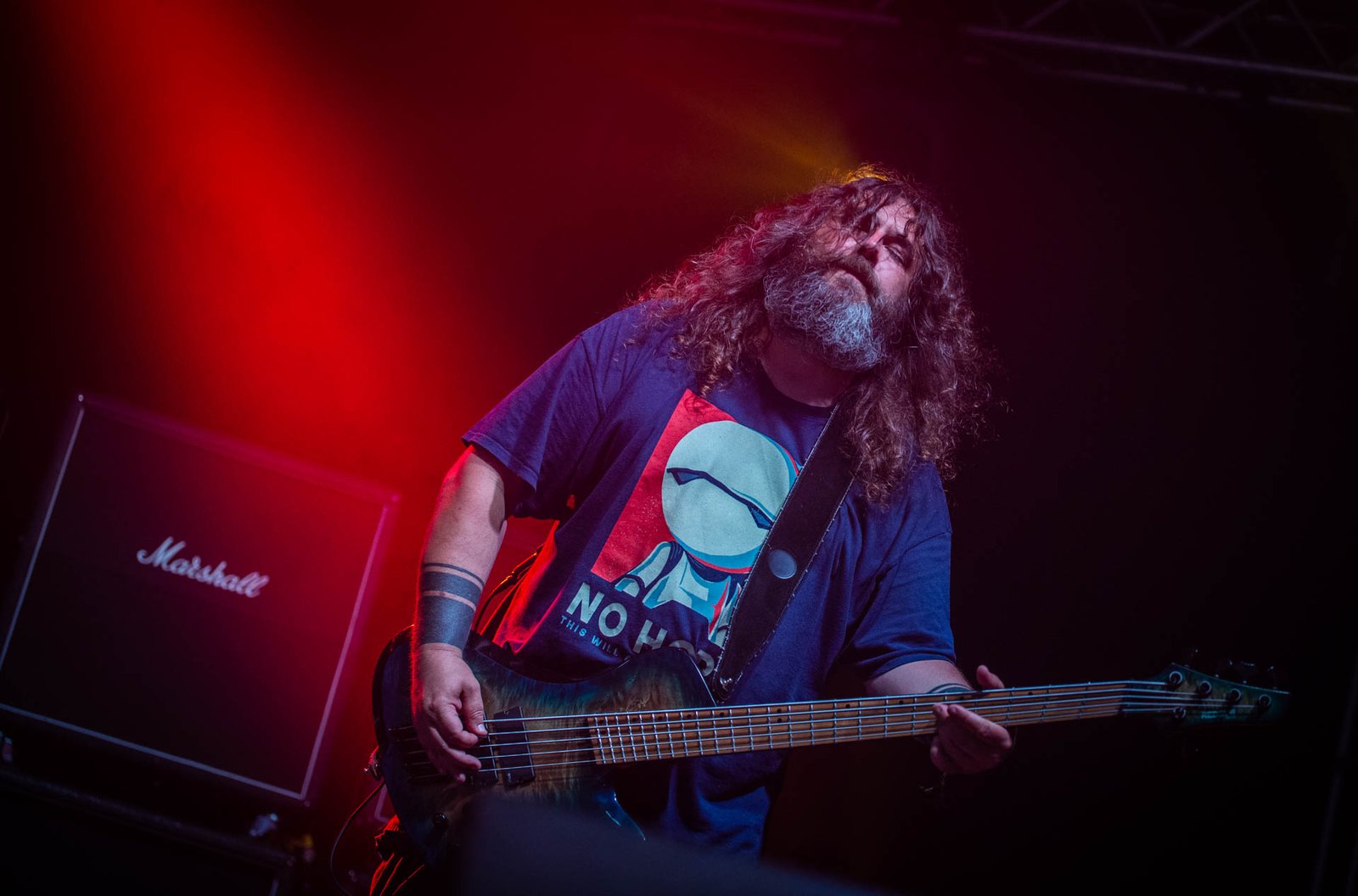 Ramage Inc is a progressive metal band from Scotland that has earned a place as one of Europe’s must-see acts. With three accomplished albums under their belt, they have played on some of the world’s most sought-after stages including ProgPower Europe, Download and Bloodstock UK.

The brainchild of producer, vocalist and guitarist Bryan Ramage, the band delivers sophisticated metal with power and passion. Their material is technically wonderful and will lift you off your feet and take you on a journey through dark and light. The band’s 2018 album ‘Under the Skin’ has seen the band mature and achieve a quality attracting attention from across the music industry and more importantly – the metal community. 2020 will see the band explore the world again as they are no longer “Scotland’s best-kept secret”. “To be invited back to play Bloodstock 2020 is incredible, to say I’m excited would be the understatement of the year. I can’t wait to bask in the atmosphere that is the Bloodstock family.” Bryan Ramage “Bloodstock is everything you would want in a music festival. Whether it be artists, crew or fans, everyone is there for the same reason: the love of live music with a heavy edge enjoyed in a safe and friendly environment.” Paul ‘Hammy’ Hameed “Bloodstock has been a big part of our band’s career so far and to be invited back to play Bloodstock Open Air for the third time is amazing! I remember being in school in the early 2000s and seeing this new festival putting on all these amazing bands and wishing I could be there so see these epic shows and now 16-ish years later, we’re being invited to be part of the 20th anniversary?! Amazing!! We are really excited to bring our Bloodstock family the tightest, heaviest and most epic show we’ve played so far and check out the rest of the amazing bands playing at this very special edition of BOA. See you there!” Allan ‘Hef’ Forsyth “It’s an absolute privilege to be invited back to the hallowed grounds of Catton Park.

Our home away from home, the best heavy music festival on the planet. In its 20th year, Bloodstock Open Air continues to provide a platform not only for the biggest and well-established bands but also for the generation of future headliners. Awesome to be a part of it again!” Marcin Buczek