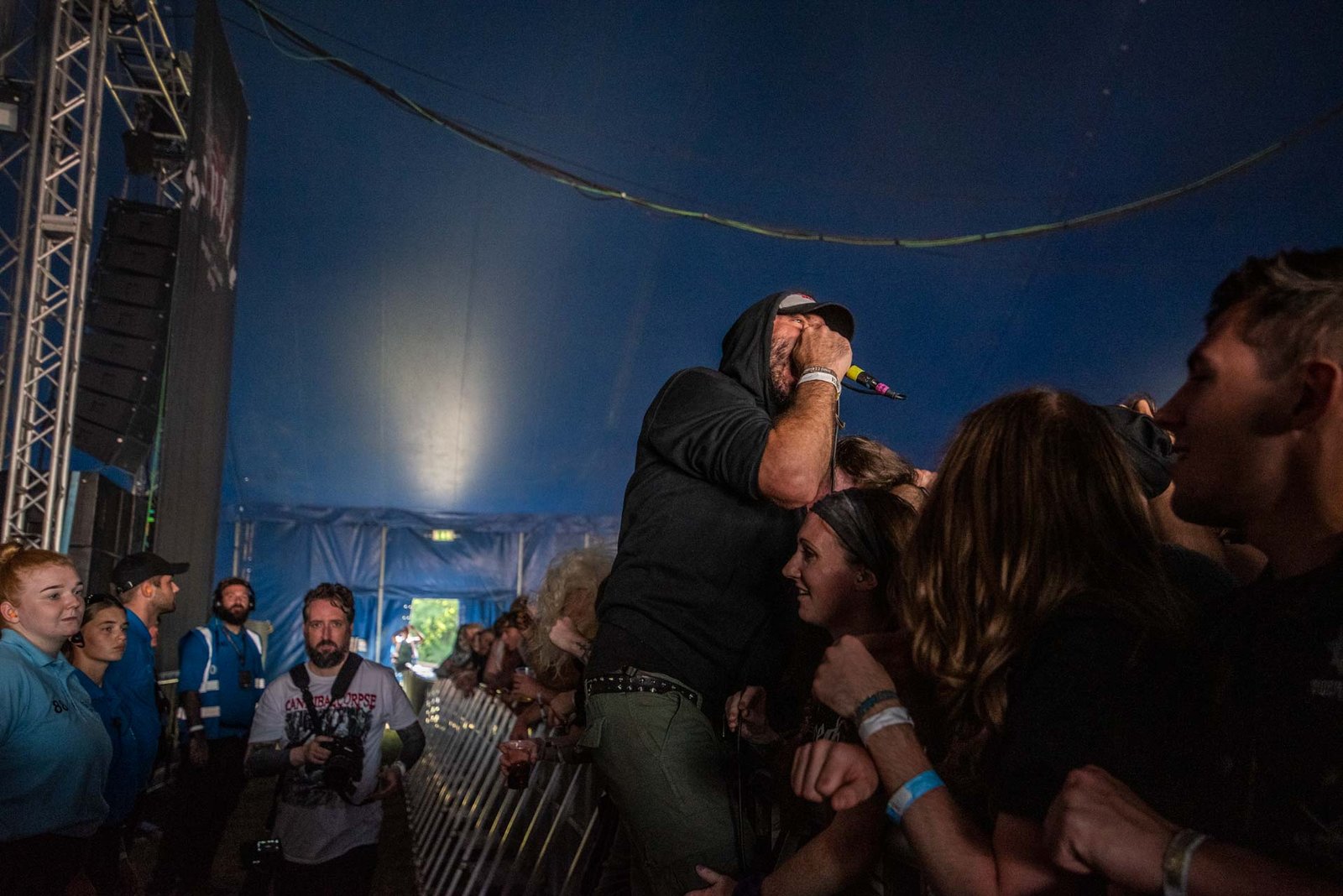 A packed out Sophie stage greet the glorious return of Raging Speedhorn to BOA21. Duelling vocals and slamming guitar riffs are the name of the game here as RSH bring the arena to its knees, they have the audience eating out of the palms of their hands with a glorious display that would make you think these crazy ladies haven’t been off the road at all. Brutal dominance and just what the doctor ordered to get over the hangover that was 2020!

Since forming in 1998, Corby’s Raging Speedhorn have become infamous for their sledgehammer heavy albums and violent live shows. First single, “Thumper”, produced by industrial veteran, Marc Heal, was released in 2000to critical acclaim. In 2001 Speedhorn entered the UK Singles Chart at Number 50 with “The Gush”. In 2002,they released their second album “We Will Be Dead Tomorrow”. Met with critical acclaim, “WWBDT” is Speedhorn’s most successful record to date. Videos for subsequent singles, “The Hate Song” & “F*** The Voodooman”, received heavy rotation on Kerrang! TV & MTV 2. Following its release, Speedhorn toured globally for the next two years, securing spots on major festivals like Reading & Leeds and Download Festival.
The band followed up “WWBDT” with “How The Great Have Fallen” in 2005, which was released through Steamhammer/SPV Records. Shortly after its release, vocalist Frank Regan left the band, and former Hard To Swallow frontman Bloody Kev joined. The band toured heavily through’05 & ‘06, including a headline slot at Download Festival & a US tour with Soilent Green, Nile, Hypocrisy & Decapitated. The band released their fourth record, “Before The Sea Was Built” in September 2007. The band’s activity slowed over the next few months, and on March 25th 2008announced their split after a final tour of Japan.
On February 18th 2014, Speedhorn announced their reformation, with vocalists Regan and John Loughlin returning. The line-up was rounded out with drummer Gordon Morison, bassist Dave Thompson & guitarists Jay Thompson and Jim Palmer. Since reforming, the band have toured steadily and appeared at numerous festivals across the UK; including Download Festival, Damnation Festival, Sonisphere Festival, Bloodstock Festival, HRH and many more. On July 15th the band released their new album “Lost Ritual”. Produced by Russ Russell, “LostRitual” has been met with universal praise from fans and critics alike.
https://www.facebook.com/ragingspeedhorn
Photography: Emma Painter
Pacific Curd Photography