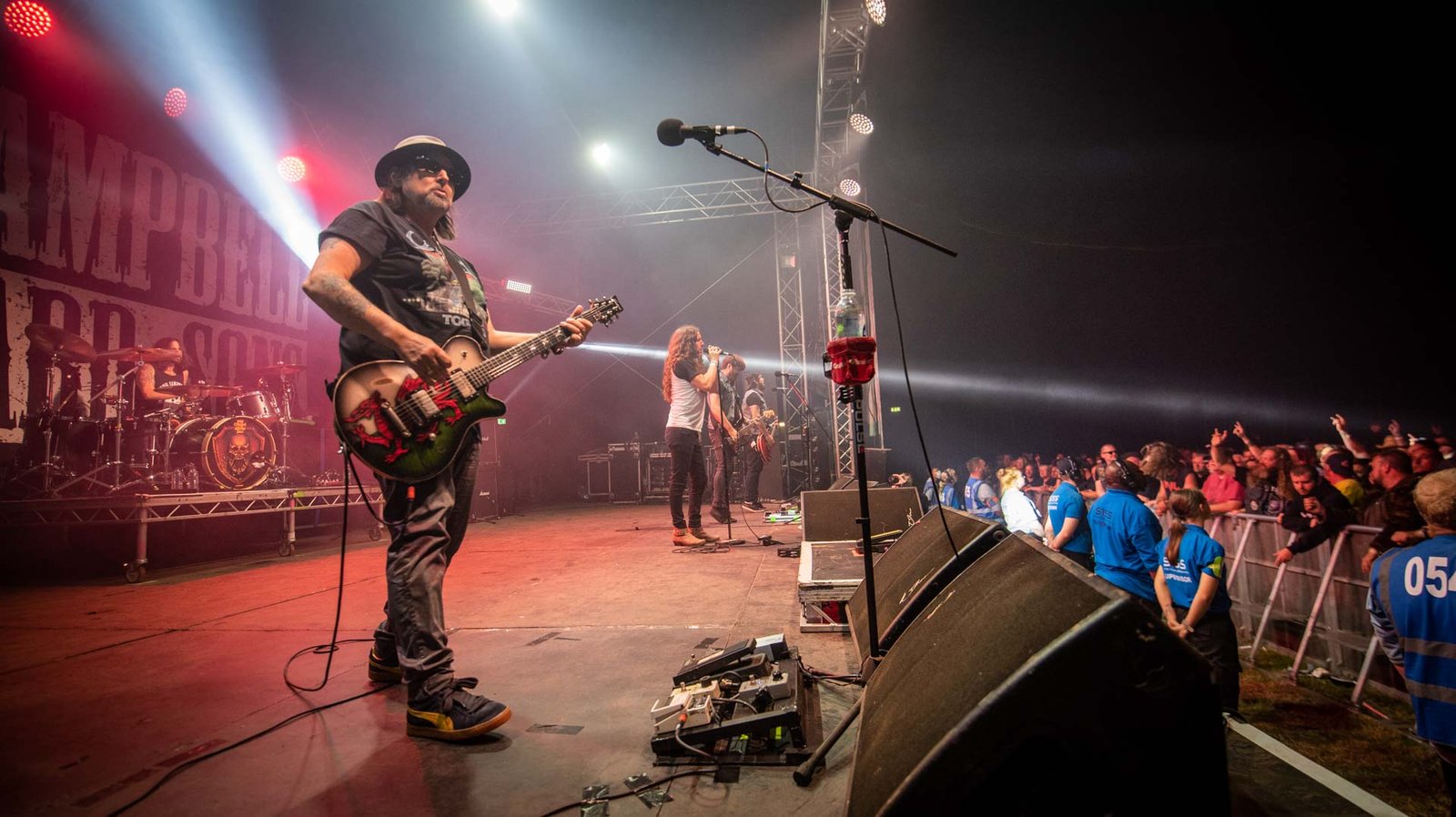 So Saturday night Closes off with an absolute banger in Phil Campbell & The Bastard Sons. The Sophie Stage is packed to the rafters with punters spilling out into the night to the bellowing vocals and slamming riffs of one Mr. Campbell.

The glorious tones wailing out of his six string would make any man wrap, marry that with a stellar vocal display and a bitching back line and you have one absolutely killer band. Of course there is a lifetime of experience here and it shows, beautifully delivered just how this crowd want it. Add in a collection of your favourite Motörhead songs and slap my ass and call me Charlie is this isn’t one of the highlights of BOA21!