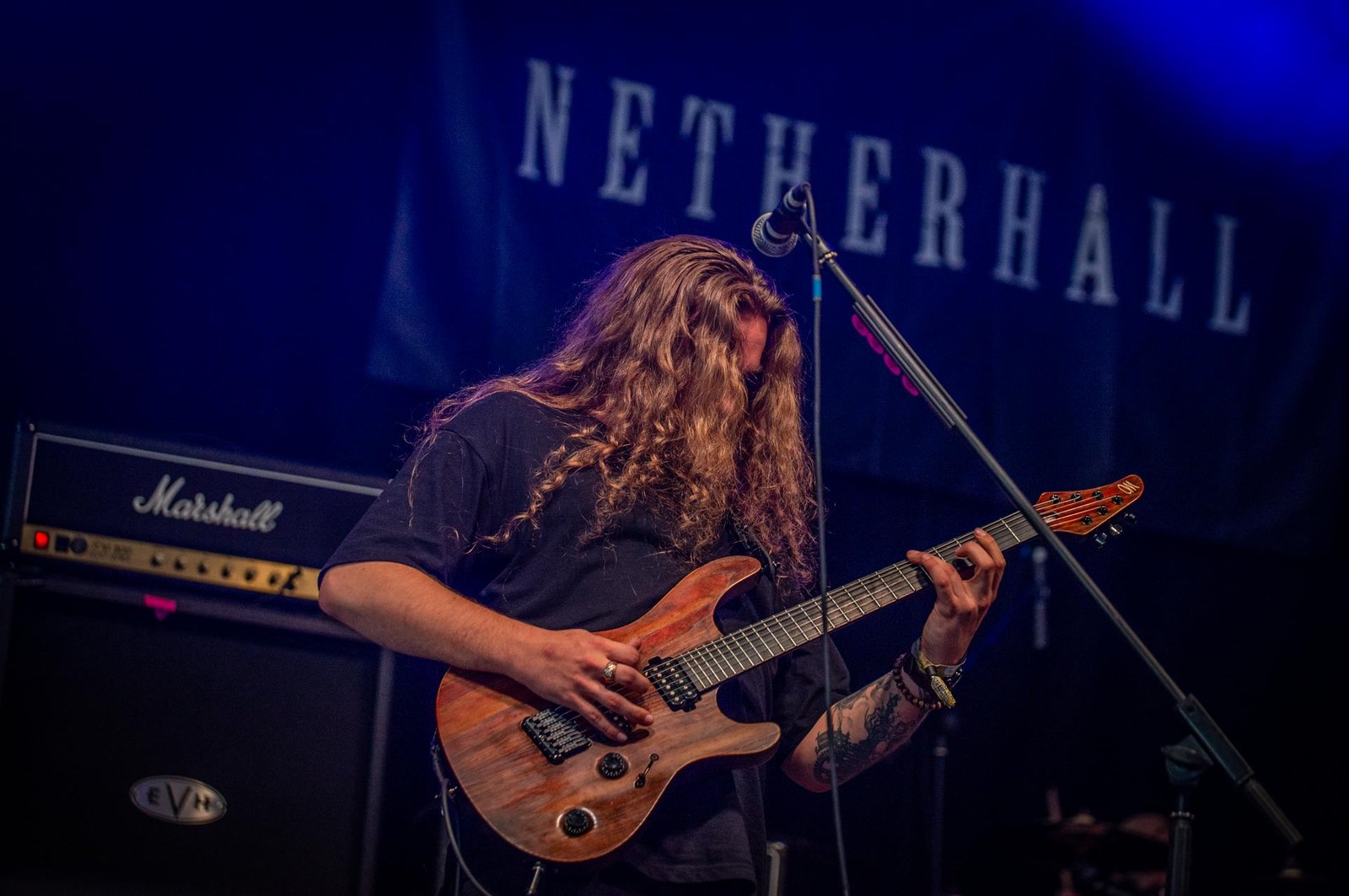 Netherhall bring their groove laden ambient rock to the Sophie stage to bring the slumbering masses to life on day 3 of BOA21.

A sizeable crowd are here to blow the cobwebs off as the pace of the festival starts to take its toll on Saturday the 14th – maybe the heebie-jeebies of Friday the 13th have taken its toll on the BS masses!

It is a more sedate and appreciated start to the morning in the Sophie tent as Netherhall’s melodies ebb and flow over the crowd and gives them that gentle nudge that we’re here, back again to live breathe rock as metal once again. A great start to the morning with a powerhouse band. Well worth checking out!

Formed in late 2015, Netherhall are a Midlands based Alternative Metal band who draw influence from multiple genres. Notable influences include Karnivool, Deftones & Toska.

Gathering a reputation for mesmerising live shows, 2017 saw Netherhall release a debut 4 track EP ‘Imacular’ to much acclaim and then spent 2018 as an instrumental 3-piece, high-lighted with supporting The Contortionist in Birmingham. This year also saw Netherhall perform at a private function at Aston Villa FC for Tony Iommi & Geezer Butler honouring Butlers induction into the Birmingham Walk of Stars.

During this time, writing began for a debut album.

In 2019, Netherhall released their first material in 3 years with new vocalist Matt. ‘No Looking Down’ featured the group’s debut music video with a notably darker, heavier tone to previous material. This was followed up by a second single & music video, ‘Distant’, which was released in February 2020.   Netherhall finished writing & began recording their debut album at Middle Farm Studios in October 2020 during the COVID pandemic & subsequently released a live performance of ‘Ruminate’, taken from the forthcoming album to much praise & excitement.

We are thrilled & honoured to have been asked to perform at Bloodstock Festival, opening the legendary Sophie Lancaster Stage on Saturday. It is an honour to have been chosen by judges from Planet Rock & Bloodstock Festival. Our appreciation for this opportunity is endless. We’ll be performing new material from our forthcoming debut album & we can’t wait for our first show in 18 months.