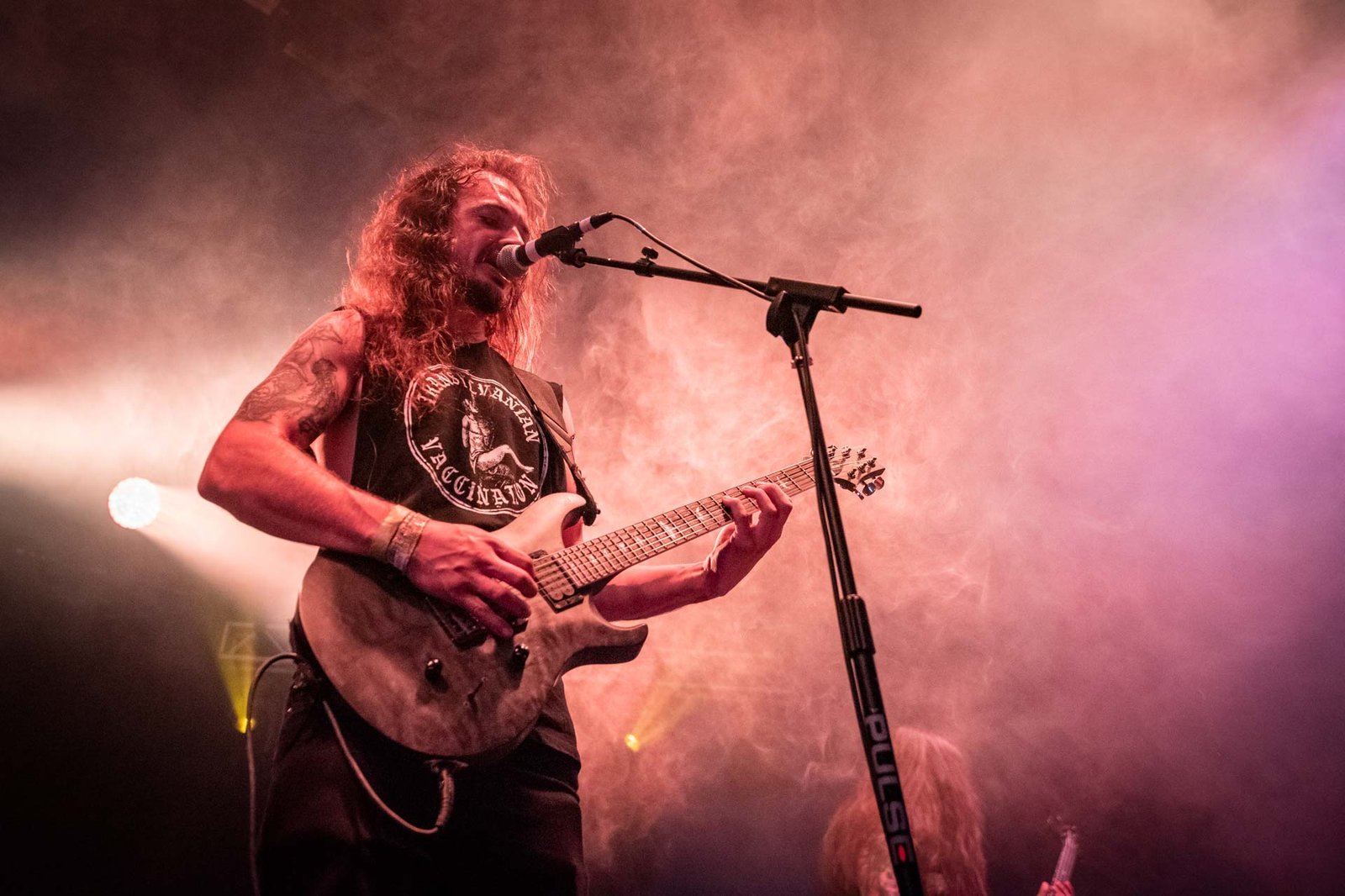 Necronautical, literally meaning “relating to the exploration of death”, was initially formed as a recording only project in 2014, by founders Naut, Carcarrion and Anchorite. The trio recorded, produced and released their debut album ‘Black Sea Misanthropy’ that same year. The album received high praise from listeners and critics alike, and quickly established Necronautical as one of the most promising and unique projects in the UK’s flourishing Black Metal scene. The album caught the attention of the newly resurrected Cacophonous Records, who signed Necronautical for the release of their second album.
The trio recruited Slugh on drums in 2015 and set about preparing for their first live performances, as well as recording their sophomore album. Necronautical released ‘The Endurance at Night’ in 2016 via Cacophonous Records. Marking a vast expansion upon the band’s sound, concept and vision, the album received great critical acclaim, and saw the band featured in magazines such as Metal Hammer, Kerrang! and Power Play, among many others.
Necronautical made their live debut opening for Dark Funeral at London’s Underworld in 2016. Quickly gaining a loyal following from their immersive live performances, the band went on to play many concerts nationwide, before being invited to join Winterfylleth, Wiegedood and Fen for a 14 date tour of Europe and the United Kingdom in 2017. Necronautical kicked off their live calendar in 2018 by performing at Inferno Festival in Norway, and also appeared at Mammothfest, Incineration Festival, and the Blackwood Gathering.
Necronautical recorded their third offering, ‘Apotheosis’ in 2018, and were quickly signed by world-renowned extreme metal label Candlelight Records in 2019. The album was recorded at Skyhammer Studio, UK, and was mixed & mastered by famed British Producer Chris Fielding (Conan, Winterfylleth), as well as featuring foreboding artwork by David Thiérrée (Behemoth, Gorgoroth). ‘Apotheosis’ was released worldwide on 30/08/2019 to great critical acclaim. It was voted album of the year by Friedhof Magazine (Spain) as well as charting in best of the year for No Clean Singing and Get Into This. The album has seen the band land a headline slot at Blackened Mysticism Festival in Hungary, as well perform as main support to Akercocke in Portugal, Taake across the UK and many more.
With touring plans for Apotheosis bought to an abrupt halt by the Global pandemic, Necronautical wasted no time in manifesting their fourth offering. Returning to Foel Studio to work once more with producer Chris Fielding in the winter of 2020, Necronautical have recently announced the upcoming release of their album “Slain in the Spirit” via Candlelight records on 20.08.21. Having already released the epic video/single ‘Hypnagogia’ to a great response from fans old and new, as well as announcing several shows across the UK and overseas, Necronautical show no signs of slowing down with this new release.”
Black Sea Misanthropy (Self-Release, 2014)
The Endurance at Night (Cacophonous Records, 2016)
Apotheosis (Candlelight Records, August 2019)
Slain in the Spirit (Candlelight Records, August 2021)
“We are thrilled to be granted to opportunity to perform at this years Bloodstock Festival at Catton Hall, Derbyshire. After over a year in wait, it will be an incredible experience to meet with the fans at Bloodstock for our return, and in short time before the release of our new album “Slain in the Spirit”! In spite of the short time to prepare, we guarantee the audience at this years Bloodstock an epic and immersive Black/Death metal experience they will not soon forget! See you at the Sophie stage on Sunday night!” – Naut, Necronautical