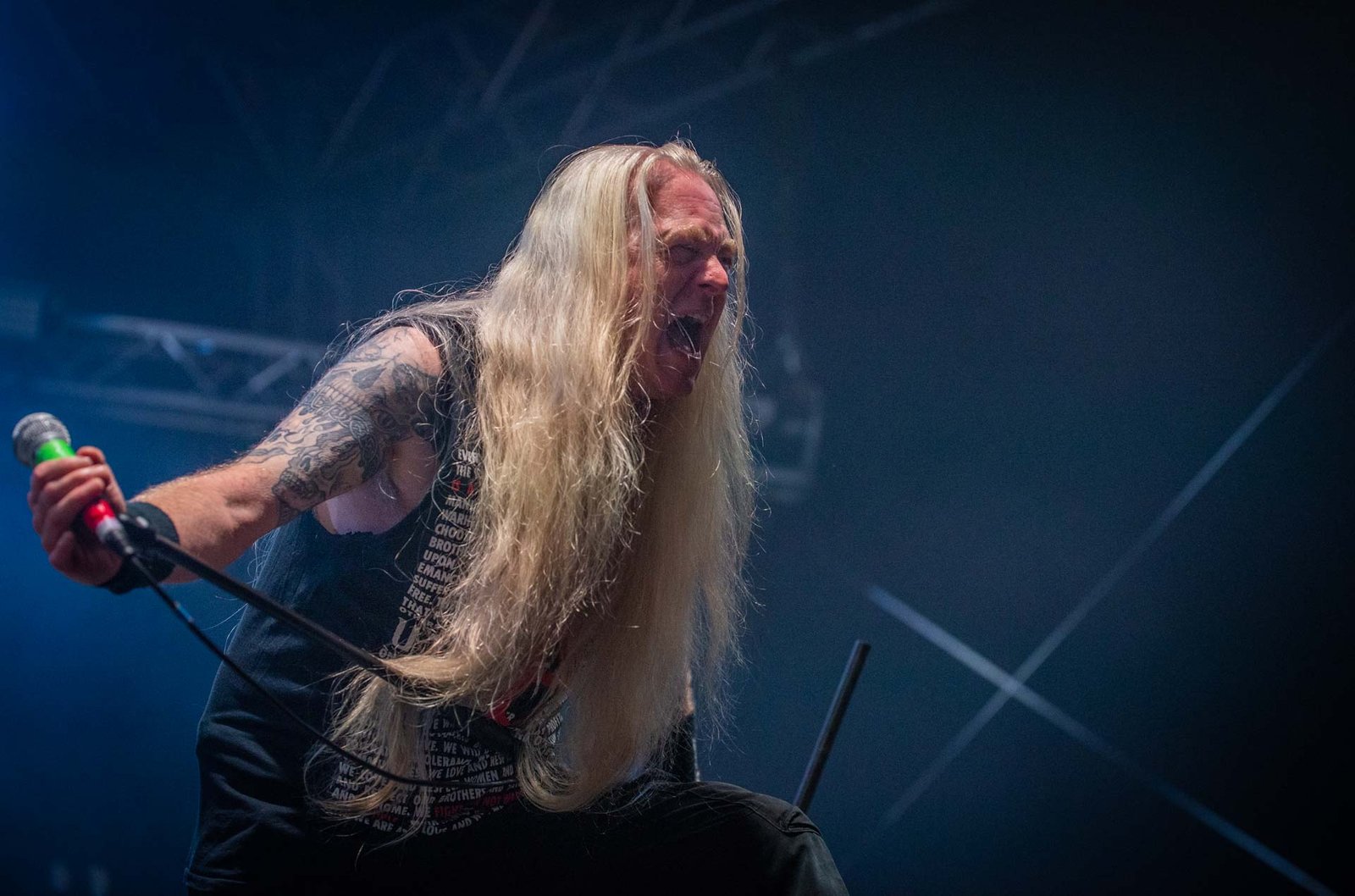 Since the early days of February this year, the smoke started to spread over Northampton, around 70 miles northwest of London. The machinery is well-oiled, the plan excellent – MEMORIAM are back in the studio! The speed that these Brits have been working at since their inception is incredible. In 2016, the band was formed by frontman Karl Willetts (ex-BOLT THROWER), Frank Healy (bass, ex-BENEDICTION), guitarist Scott Fairfax (live BENEDICTION guitarist) and drummer Andrew Whale (ex-BOLT THROWER) informed the public about their existence. And since 2016 the machines have never stopped ticking over. MEMORIAM write new songs, record them, hit the stage and then start the process all over again. They are tireless and ever-advancing. Shortly after the first rumours about their existence had started to spread, the British death metal troop showed the world where their journey would lead to. »The Hellfire Demos« hit the scene with its old-school death metal mastery, leaving jaws on the floor. The same followed for their debut full-length album »For The Fallen«, released in 2017 via Nuclear Blast Records, leaving listeners from all around the world impressed by the power of the songs – a historical moment in metal. But as mentioned previously, there’s no standing still in the MEMORIAM camp. Meanwhile liberated from the other bands the musicians had been working on, they continued carving their unique path.

While the first album was heavy, depressing and marked by grief, the second work »The Silent Vigil« (2018) showed a relentlessly aggressive side. It was without question another great album, created by musicians who blindly understand their craft yet do not repeat themselves. This also applies to the third and latest string to their bow »Requiem For Mankind« which is unmistakably in the short, but the impressive tradition of the previous MEMORIAM works. There is no doubt that this is one of the strongest albums of 2019. Once again, the groove is monstrous, the riffs are merciless, and the atmosphere is oppressive, paralyzing, even overwhelming. Willett’s aggressive vocals are rousing and relentless. The band states that they’ve been working towards this masterpiece from the very beginning; their previous outings testing the waters, so to speak. And they’re right. »Requiem For Mankind« is a demonstration of power that impressively unites all the elements of its predecessors and draws a frightening picture of war, death and destruction. At the end, nothing remains but ashes and the recognition that something masterful has taken place. The terrific songwriting and the first-class recordings have been immortalised through the awesome production work of Russ Russell (NAPALM DEATH, DIMMU BORGIR, AT THE GATES, AMORPHIS, etc.) at Parlor Studios, giving the record raw production values, whilst providing the perfect scenario to showcase the musicianship so beautifully displayed on the album. “We are absolutely chuffed to be invited back to Bloodstock for a third time.

We have a bond with this festival, they were willing to take a chance on us the first time when we had just started out. In fact they had more faith in us than we did! We have come a long way since that first appearance and it is a privilege to be asked back again, especially on the same weekend as Judas Priest, life is good! We look forward to playing hands down the best metal festival in the U.K on the 20th anniversary of Bloodstock, long may you reign” Memoriam.