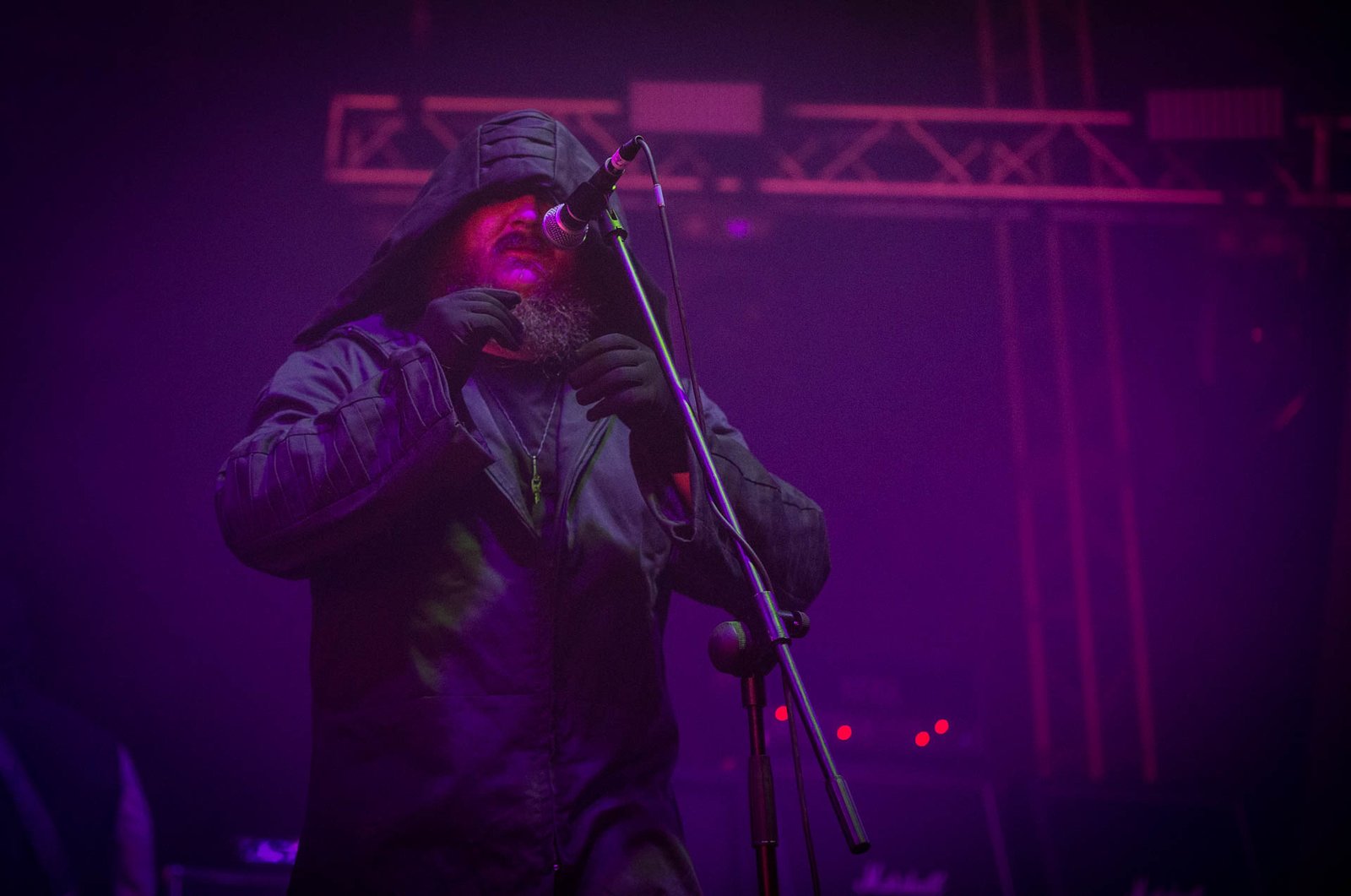 Something completely different once again in the Sophie Stage, King Goat offer a totally different prospect with their Progressive Doom explosion …. A somber affair drenched in cinematic quality as the cloaked figure of the vocalist drenched in smoke tosses out dark and violent lyrics against a wall of distortion. The guys are absolutely nailing it but I can feel the hairs on the back of my neck rise as if someone is walking on my grave!

One of the stranger acts to spawn out of the UK underground scene, King Goat have been treading a lonely path since 2012. Deviating quickly from traditional doom, the band have taken influence from all over the metal spectrum from the heavy heights of epic doom, to the intricate landscapes of classic prog, even reaching into dark depths of black and death metal. The resulting sound has been critically acclaimed the world over, with their debut album Conduit being recognised in many end of year lists and even as album of the year by Angry Metal Guy in 2016. Evolving further, the release of King Goat’s sophomore record, Debt of Aeons, in 2018 received thunderous praise from all corners of the metal media and underground.
King Goat first came to Bloodstock Festival in 2014 through the Metal 2 the Masses competition. Returning now in 2020, the band are a different aberration to that which arrived over half a decade before, having shared stages with, and learned from, genre titans such as Paradise Lost, Enslaved, Grand Magus, Solstafir and Primitive Man. Amidst sound and smoke King Goat have solidified a reputation for enthralling audiences with their engaging, atmospheric live performance.
There’s no pleading with the void.
All of humankind undone.
And every being on the Earth will suffer as one.
And so, the dusty avenue converges once again. Six years have passed since we last counted ourselves fortunate enough to be included in the Bloodstock family. As regular attendees, we’ve watched this festival grow from indoor beginnings to the magnificent beast that it is today.
This year, we are humbled to now return to the hallowed crucible of support and growth that is Bloodstock Open Air. Join us in rapture at the S.O.P.H.I.E stage!
Photography By Emma Painter
Pacific Curd Photography