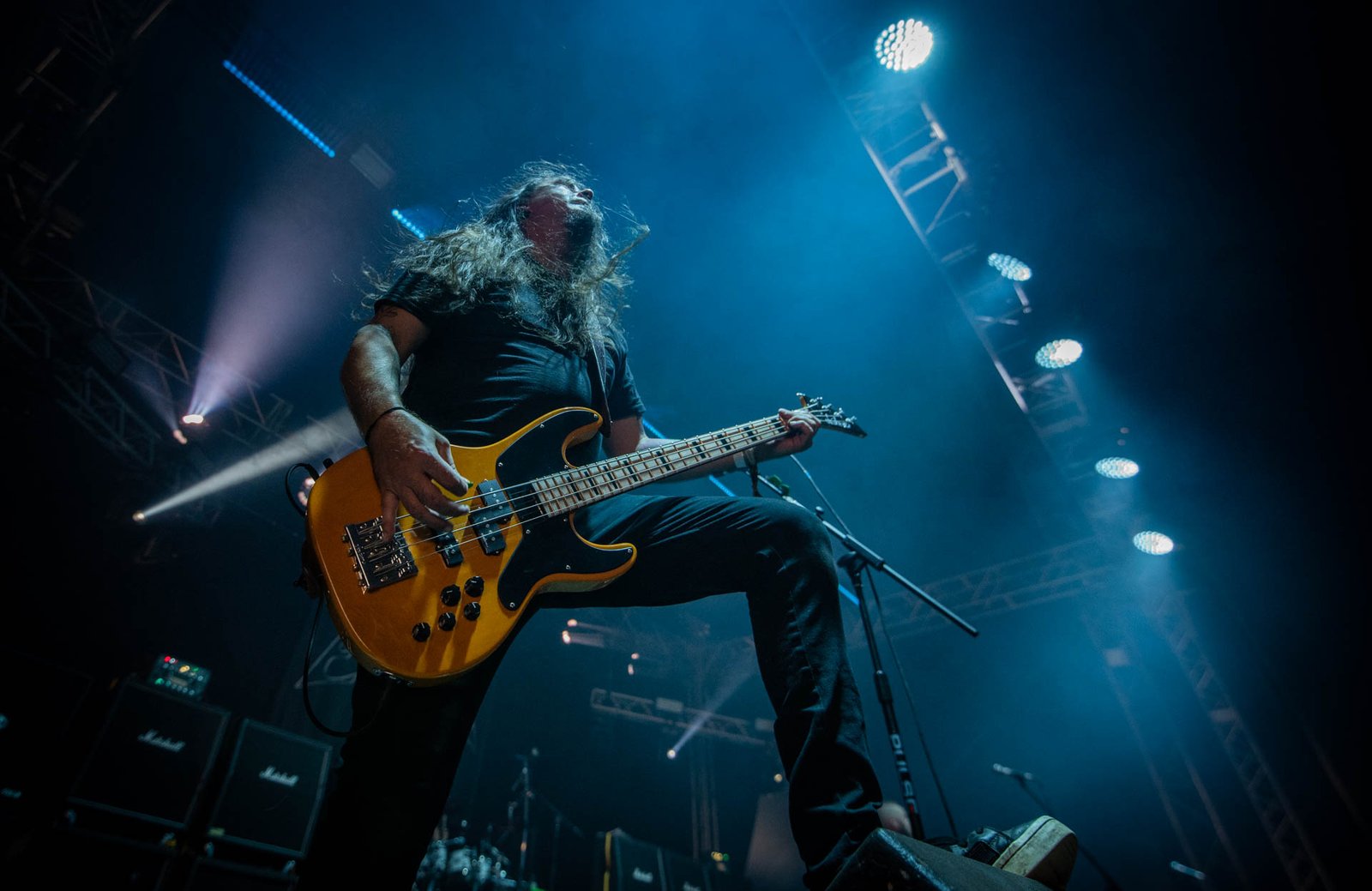 Evile are back baby and they are hitting it hard! After speaking to founder member Ben earlier he was chomping at the bit to get back out on that stage doing what just feels right to him. After dropping their latest album in April 21 it’s time to unleash these tracks into this world and BOA21 is just the place to do it. Two decades of blood, sweat and tears have lead Evile back to the holy land and tonight shits gonna get real … watch out sheeple!  Who do you wanna hear “Evile” … who do you wanna hear? EVILE!!!!

Formed in early 2000’s, EVILE are one of the most influential and leading thrash metal bands of the 21st century. Originally from Huddersfield, Evile have transformed the metal scene in the UK and beyond,  having released four critically acclaimed albums – Enter the Grave (2007, produced by Flemming Rasmussen), Infected Nations (2009, Russ Russell), Five Serpent’s Teeth (2011, Russ Russell) and Skull (2013, Russ Russell). Throughout their illustrious career, Evile have delivered blistering performances at numerous festivals across the globe (Wacken, Download, Alcatraz, Hellfest,  Sonisphere)  and toured with the likes of Exodus, Machine Head, Kreator, Overkill, Testament, and Megadeth. In addition, they have won numerous accolades and appeared at the Metal Hammer Golden Gods awards in 2010 alongside Steel Panther, Airbourne, Five Finger Death Punch and Skindred.
In September 2020, seven years since Evile’s last release (Skull, 2013), the band signed to Napalm Records and started recording their fifth album with producer and engineer Chris Clancy, at Andy Sneap’s Backstage Studios. The new record contract and album recording was accompanied by some line-up changes, with Ol Drake taking on fronting the band whilst continuing his role as lead guitarist, and Adam Smith (RipTide) taking over rhythm guitar duties after Matt Drake announced his departure. The thrash metal giants have announced an early 2021 release for their upcoming album, with Ol Drake promising a ‘much more aggressive vein’ to their songs, which he believes is ‘the natural progression for Evile.’
The new incarnation of Evile are now ready to return to the road and deliver their distinctive brand of thrash metal with a new more aggressive twist while maintaining the precise, intricate and insanely fast riffs that Evile are renowned for worldwide.
https://www.facebook.com/evileuk
Photography Emma Painter
Pacific Curd Photography