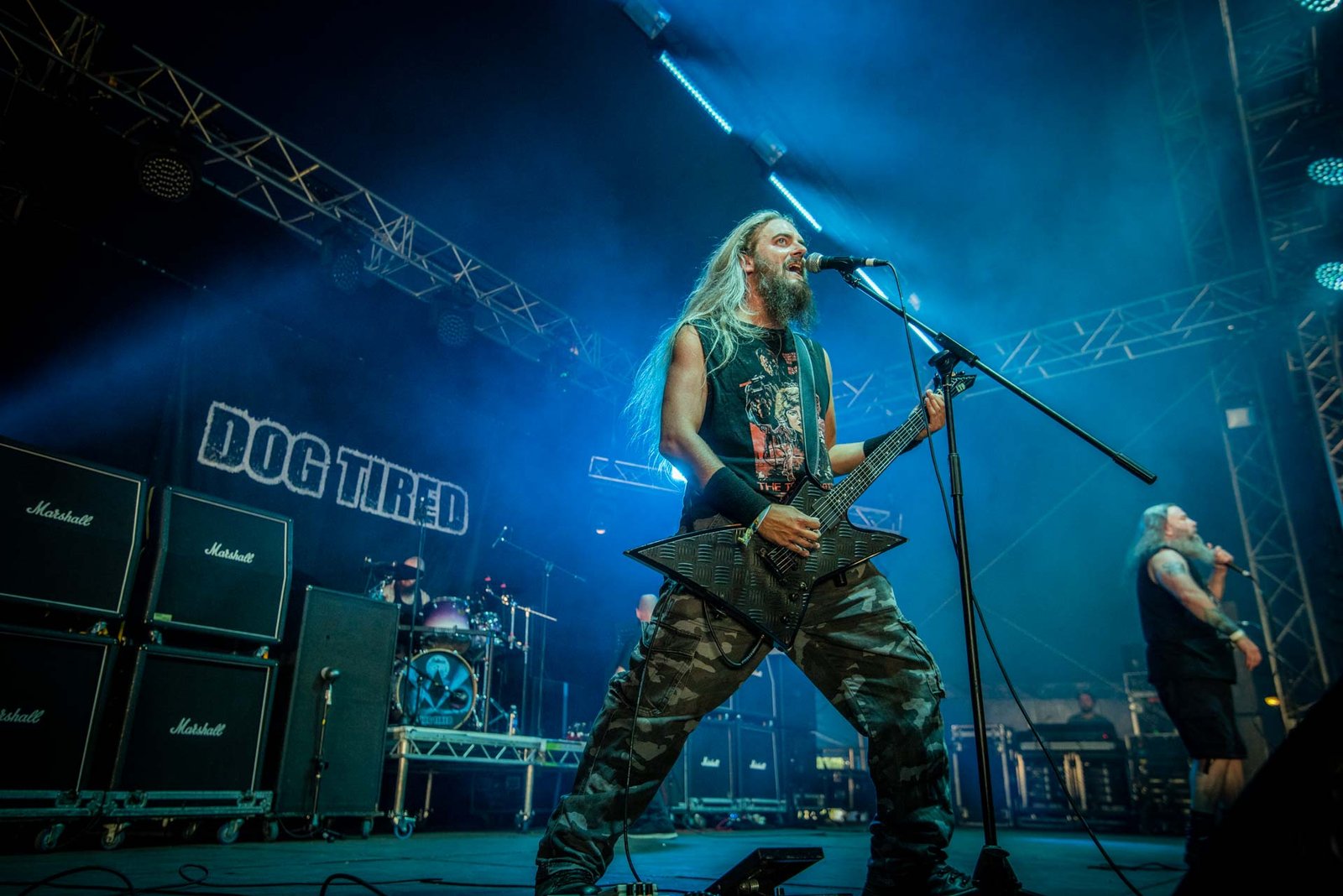 Dog Tired are an Edinburgh based metal band, born in late 2004 from an unhealthy obsession for riffs. Merging the relentless brutality of Gojira and Entombed with the riff orientated assault of Pantera and Metallica, Dog Tired have created a sound that is both heavy, memorable and their own.

With four well-received albums under their belt, Dog Tired have earned themselves an ever-growing fanbase and have relentlessly toured the UK, Ireland, the Netherlands, Belgium and have appeared at such festivals as Bloodstock, Thrashersaurus, Wildfire, Rabid Fest, Uprising, Bevvy Scotland and Bob Fest. The most recent release ‘The Electric Abyss’ has received excellent reviews and press. After the success of the ‘Electric Abyss Tour 2019’, Dog Tired are now planning tours and festivals in 2020 to reach further than ever before. Some of DT’s touring highlights include sharing the stage with Skindred, Raging Speedhorn, Reign of Fury, Evil Scarecrow and Black Bomb A, as well as playing 2014’s Bloodstock Festival. ‘It Came From the Sun is one grim monster, and will hunt you down in your metal dreams. Earmark it as a future classic! 5/5’ – Valkyrianmusic.com We are honoured to be appearing on the Sophie Lancaster stage at Bloodstock Festival 2021! To us, this is the ultimate metal festival and to be asked to play alongside such talented bands and metal kings blows our minds. Because of this, we plan on our show being the most intense, riff fueled and memorable yet! We do not take this opportunity lightly, and plan on honing our set and performance to be nothing short of rifftacular! So on the 20th anniversary of Bloodstock, see you in the Sophie Tent for Dog Tired.