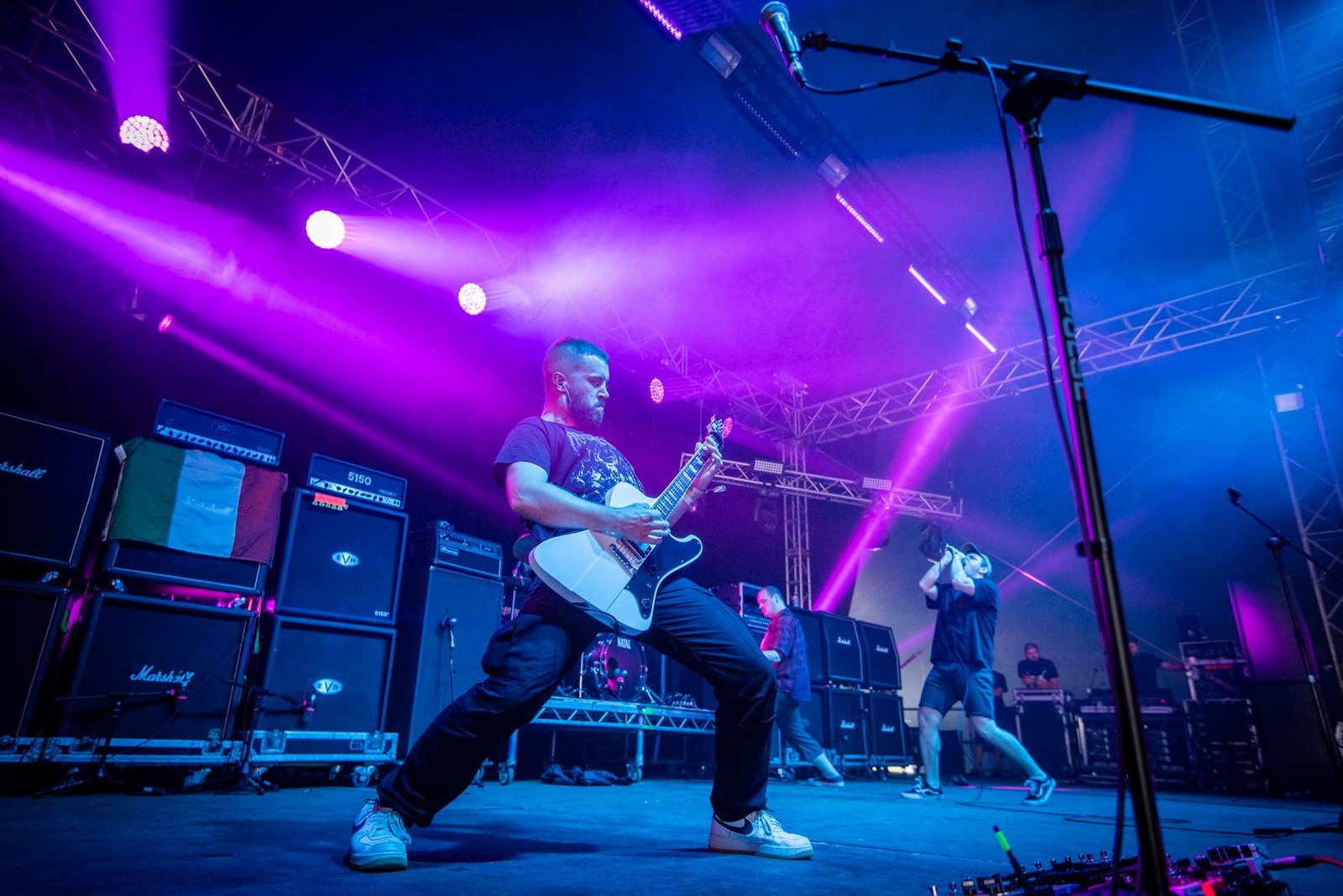 Irish Hardcore Maestros Bailer hit the stage as Malevolence takes the main stage – two bands with a similar vibe but Bailer hailing from Ireland are here to leave their mark on BOA21.

A savage introduction with rapid fire lyrical content and slamming riffs grab your attention from the off, a violent display with Hefty hefty riffage demand you fucking get into it or you’ll get broken!

Bailer absolutely slam it on their debut on the Sophie Stage – worthy of the stage and their first gig back after a crazy two years off the road with the pandemic.

A killer performance by a stellar band the only way is up for this Irish crew.

“Sometimes you hear a new band that make you want to drive a motorbike through a wall. Bailer are that band.” – Metal Hammer Last year, BAILER released their self-titled EP via Distro-y Records. Following on from 2017’s PTSD and 2016’s Shaped By The Landscape, BAILER is an ambitious collection of tracks that showcase a band who have truly discovered their sound. With a small discography the four-piece have impressively garnered attention from Metal Hammer, Kerrang!, Metal Injection and Heavy Blog Is Heavy, an achievement that is no mean feat for a band so early into their career. BAILER have spent their short time as a band building up a strong reputation in their home ground, having played shows alongside Norma Jean, Sick Of It All, Employed To Serve, Conjurer, Palm Reader, Monuments, Malevolence, HECK, God Mother, Coilguns, and more. Since then, the band have consistently marked their territory further afield, with a headline tour of Russia & multiple UK and IRE tours. Bailer are finally ready to embark on their debut album – to be recorded with Lewis Johns (Employed To Serve, Conjurer, Rolo Tomassi, Palm Reader) – in December 2019, the band will be returning in 2020 with a whole new crop of songs and the exact same passion for performance & dedication to their craft that has been so infectious since day 1. “They’re a band that already sound so colossal, they could probably beat Magneto in a fight.” – Alex Baker – Kerrang! Radio Fresh Blood “This band are the real deal/whole f’n show/total package. Delete where appropriate.” – Heavy Blog Is Heavy