Bloodstock Is A Go!!! 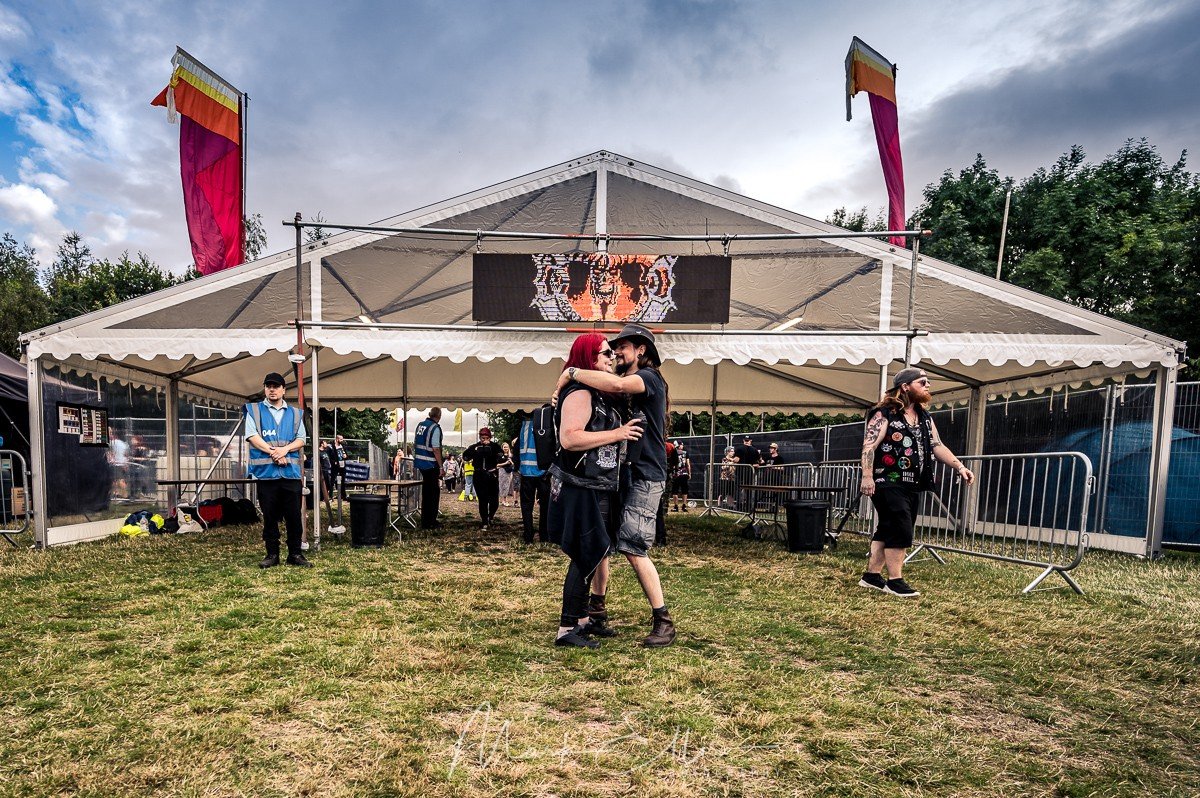 It’s been two years since the hallowed ground of Bloodstock was last filled with heavy metal fans. Tonight we are back and with an extra day thrown in, we are ready to throw ourselves back into festival life. While it certainly felt strange at first to be stood on a crowd with no masks and social distancing, it soon felt we’d never left.

There are just 5 bands on the bill tonight however the arena is still busy with fans ready to enjoy themselves. With first band Anakim taking the stage at 6pm, the Sophie Lancaster tent soon began to fill up. For many this is the first time that they’ve been able to enjoy live music since the pandemic and it’s clear to see it’s been missed. Anakim with their new front man Matt Smalls, got the crowd buzzing. With everyone all warmed up and enjoying the atmosphere, Ward XVI took over next with their theatrical set which saw several characters join the band to tell the story of their songs before they joined the crowd. While the band dressed in their costumes may be a sight to see, the crowd also came out dressed in their finery. From the expected leather and battle vests to the mankinis and Marvel costumes, it was certainly a welcome reminder that we were home and free to be ourselves.

The tent was soon completely packed out as Raised By Owls took the stage next with their unique take and songs about British culture. While circle pits and death walls have only been a fond memory for the last 18 months, I’m not sure I’ve ever heard a band request a circle pit for icon Barry Chuckle. It was from this point that the crowd really let loose as the crowd surfers began to make their way over the barriers into the arms of the well prepared line of security. The party only continued as Beholder took over. It was clear to see the crowd were pleased to see the band play at Bloodstock again as they are festival alumni having played various times since 2007. The band wanted to bring positivity and togetherness in the metal community after the effects of the pandemic and it would be safe to say that they have done exactly that.

Closing the night were Onslaught and after a slightly delayed start, once again the tent was packed and spilled out the side. With the spotlights spinning from out the stage, the crowd only grew more and more excited before the band took to the stage. Having reformed in 2005, the band have been popular on the festival circuit ever since. However this appearance is extra special as this is the first time the band have played since releasing their latest album which came out in 2020. This is the first new album since the band have reformed and they’ve provided one hell of a show to celebrate. With huge amounts of pyrotechnics shooting from the stage along with clouds of dry ice and visual screens on stage, this is a band who know how to entertain. The crowd ate them up and as the first night grew to a close, it was safe to say we’re ready for one mental weekend!