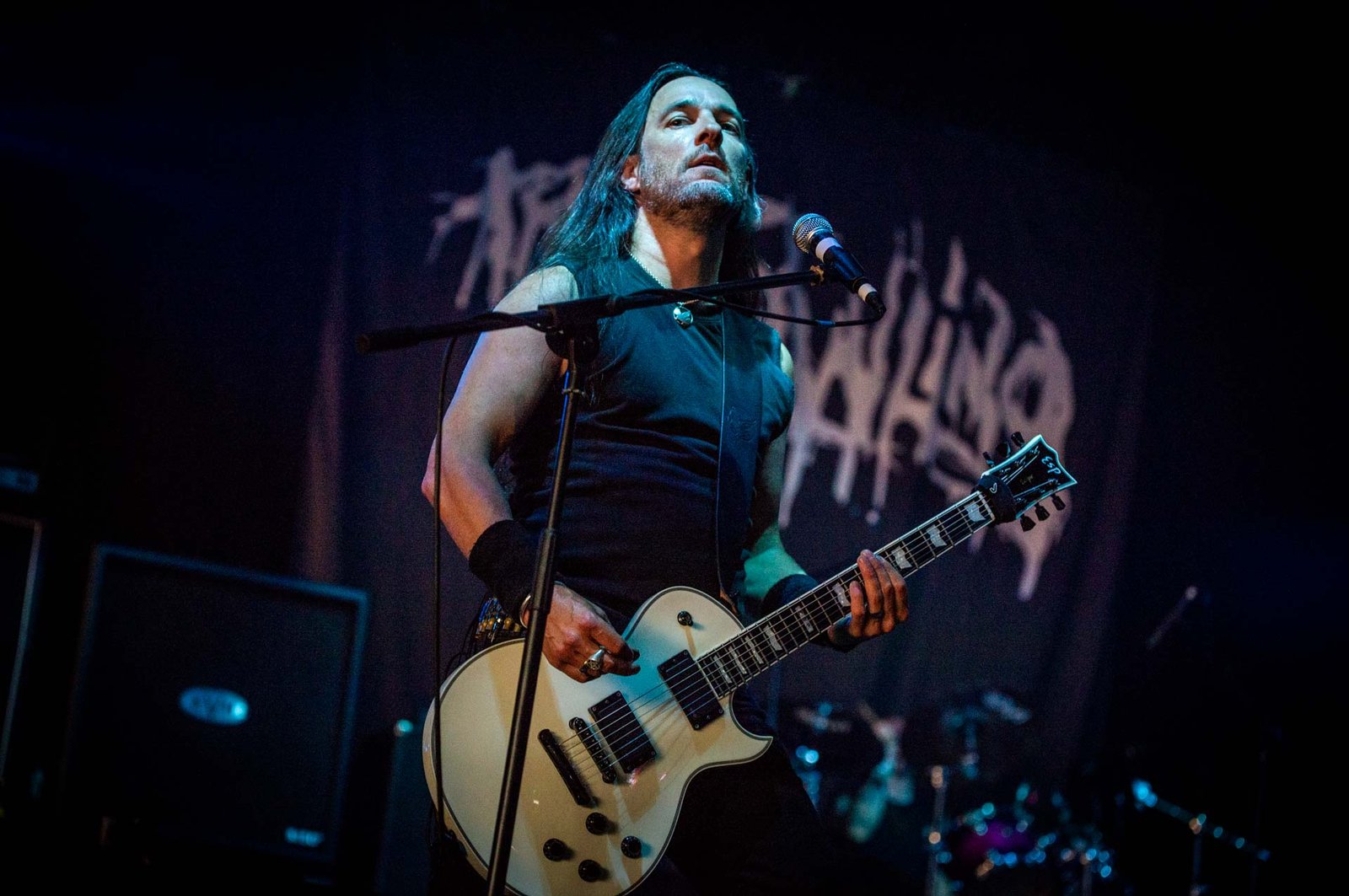 The sun began to lower and we hit our final 3 Bands of the night. Kicking off first was Irish doom band The Crawling. When the first song has flames shooting from the back of the stage, you know you’re in for a treat and the crowd began to grow and grow. Fists were soon pumping the air as the band grabbed everyone’s attention. The band themselves played a killer set with a best of and classic setlist. With more pyro shooting off and the band on excellent form, it’s clear to see why they are are Bloodstock alumni and were asked back to perform.

https://www.facebook.com/thecrawlingband
Taking the stage next was something a little different for the night, as Hacktivist had to regrettably pull out, Punk Rock Factory stepped in. With their punk covers of Disney songs and greatest hits plus their latest album of TV theme song covers, the crowd grew ready for a little chaos. This is a band that knows how to create a fun atmosphere and get everyone singing along to the classics. On top of that, they got the loudest callbacks of the weekend so far with the full tent joining in. Maybe the most impressive moment however was getting the crowd to rap the verse in the Moana classic “You’re Welcome” as bodies surfed across the crowd and over the barrier. With a setlist covering their full catalogue there was something for everyone to join in with and reminisce with their childhood have a fun good time too.
https://www.facebook.com/punkrockfactory

The final band of the night was Lawnmower Deth who reformed in 2008 and have been hitting the festival circuit ever since. Since their last album release in 1993, fans have been enjoying seeing them live again and tonight is no exception as the Sophie tent packed out with everyone trying to catch a glimpse of the guys on stage. The set was as chaotic and energetic as we have come to expect from these guys as they gave the performance of the night. The crowd were matching the energy of the band as they pumped their fists in the air and partied along. Despite being the band’s first show since December 2019, the guys were clearly pros as they gave the crowd all the hits they’ve come to love. It was the perfect way to end the Thursday night before the main stage opened the next day.