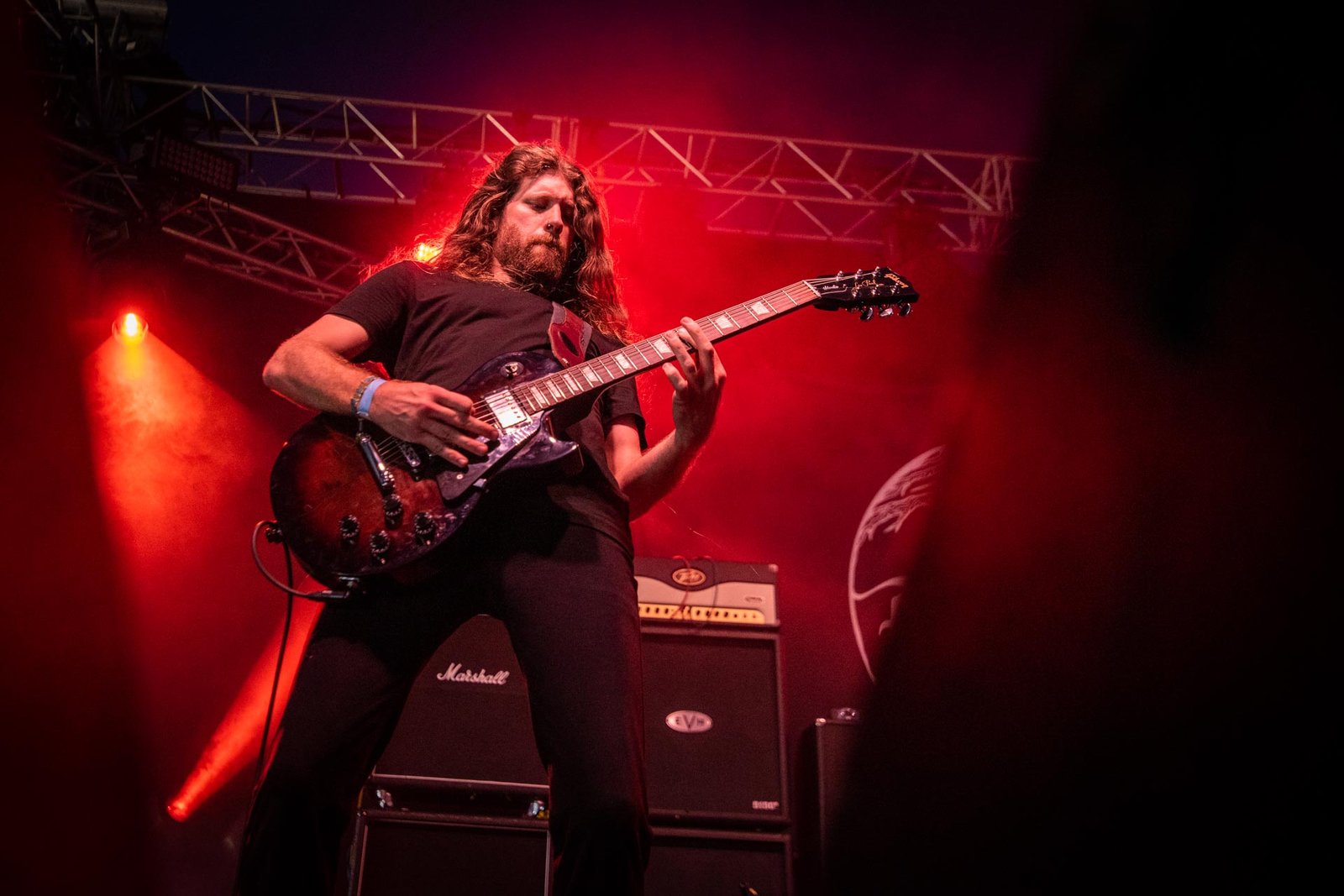 As the evening draws in, the entertainment doesn’t stop and the music continues. Up next is a very special set as the solo project of Bloodshot Dawn frontman Josh McMorran, Forlorn World take the stage. Created as a lockdown project, the debut album Umbra was released in late 2020, and this is the first time any of the songs have been played live. Impressively the band performing with McMorran have only known the songs for two weeks and yet it’s clear these guys are professionals as they perform as a tight ensemble. From the hair whipping round to the heavy bass and screeching guitars, this is one hell of a show and the crowd seem to be enjoying themselves as more and more people come into the tent to see what these guys are all about and stay for the rest of a great set.

Famyne take the stage next and this is the first time they’ve been able to perform the new material from their second album which is due out later in the year. Their doom/stoner sound breaks up the previous faster and more aggressive sounds the stage has heard earlier in the day and the crowd has pulled in to hear them play. As you looked across the crowd, there was a sea of heads banging in perfect unison in time with the slow heavy beat of the songs. Having played New Blood stage back in 2016, bloodsuckers are clearly glad to see them return on the bigger stage.

As the evening turns to night, King Witch take over. With female vocals and a more melodic sound, it’s another change of pace for the crowd. Having released their second album back in 2020, this is also their first time performing the new material. The band were clearly pleased to be back on the stage performing and the crowd they pulled in was one of the biggest seen all day. With heavy riffs and melodic and soulful vocals, it’s clear to see why fans love this band and why they are one to watch. They still hold a hard edge and heavy sound making them a perfect addition to the bill today.