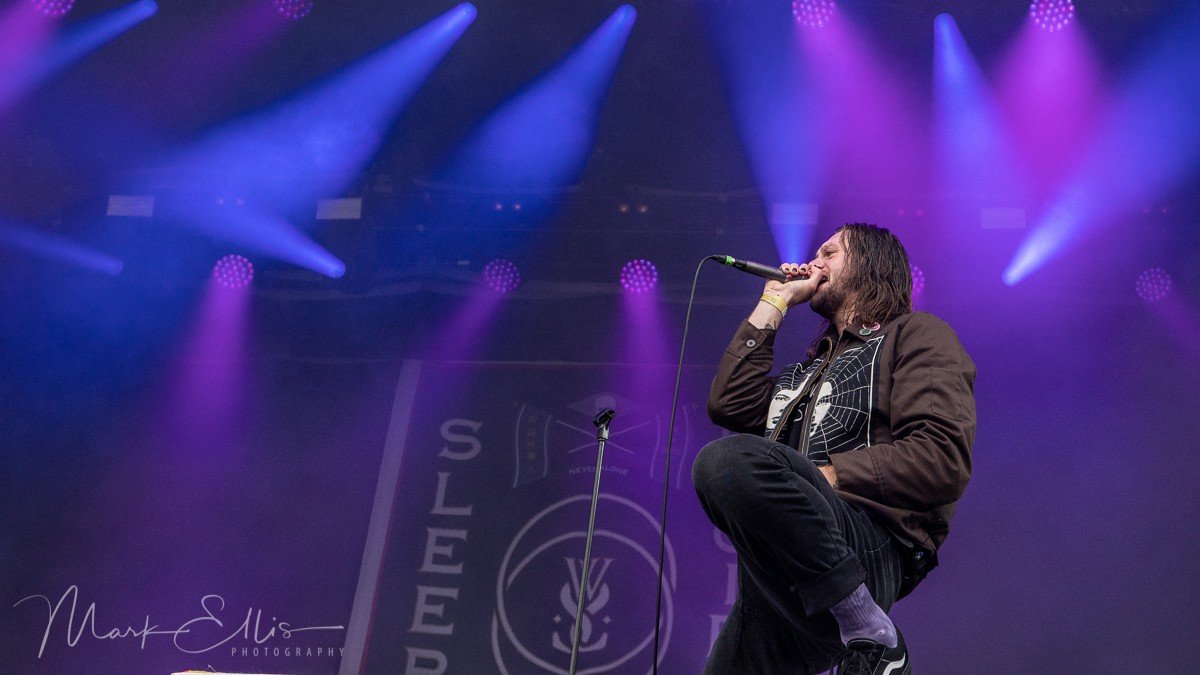 Now that the afternoon is in full swing, While She Sleeps takes to the stage next.

With 5 albums under their belt, including ‘Sleeps Society’ which was released earlier this year, While She Sleeps have made their mark on the british Hardcore metal scene. Today they show us exactly what has made them so successful as they command the stage and demand your attention. The band know how to perform live and it’s not long before frontman Lawrence “Loz” Taylor makes his way up to the barrier and into the crowd. With a variety of sounds and styles which make you want to jump around one minute and then throw yourself into a circle pit the next, they soon draw a large crowd. On top of this the crowd surfers also surge as at one point Loz counts 10 people making their way towards the front and over the barrier. The whole band are clearly putting their all into the performance today as they use every inch of stage bounding around and are enjoying themselves as much as the crowd. As far as performances go, this is definitely one of the highlights of the weekend so far!

With a sold out UK tour in September and a slot playing Slam Dunk Festival too, be sure to check these guys out!