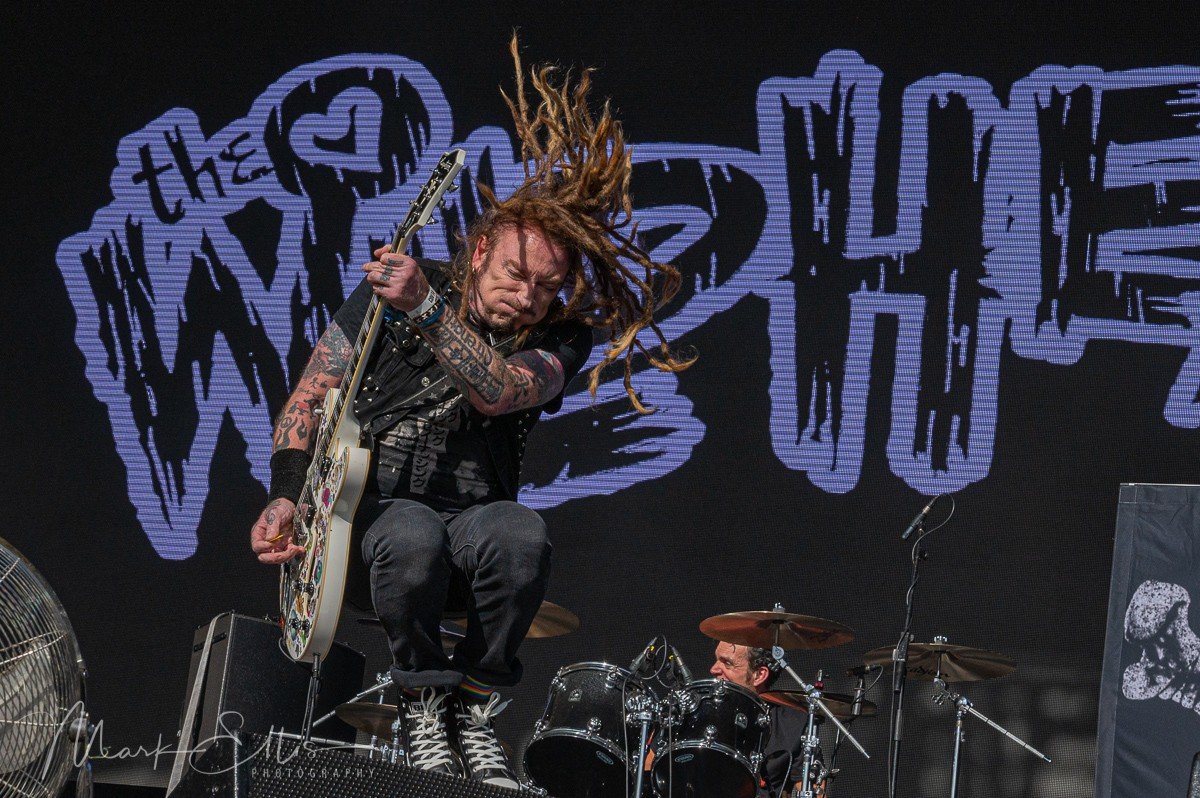 Changing the pace once again on the Main stage and offering the variety which fans love to see at the festival, The Wildhearts are up next, which seems rather fitting for Friday the 13th given Ginger’slove of horror and gore. Kicking off with some feel good hard rock, the crowd are soon clapping along and dancing in the arena. The band will be releasing a brand new album ‘21st Century Love Songs’ in September and after premiering the latest single video “Sleepaway”  from this today, fans are eager to see if they will play some of the new tracks as a preview. The band always knows how to put on a good fun show and today is no exception to this as they bounce around the stage holding the crowd’s attention despite greeting them as Donnington rather than Bloodstock!  It’s the perfect evening pick-me-up before night starts to draw in.