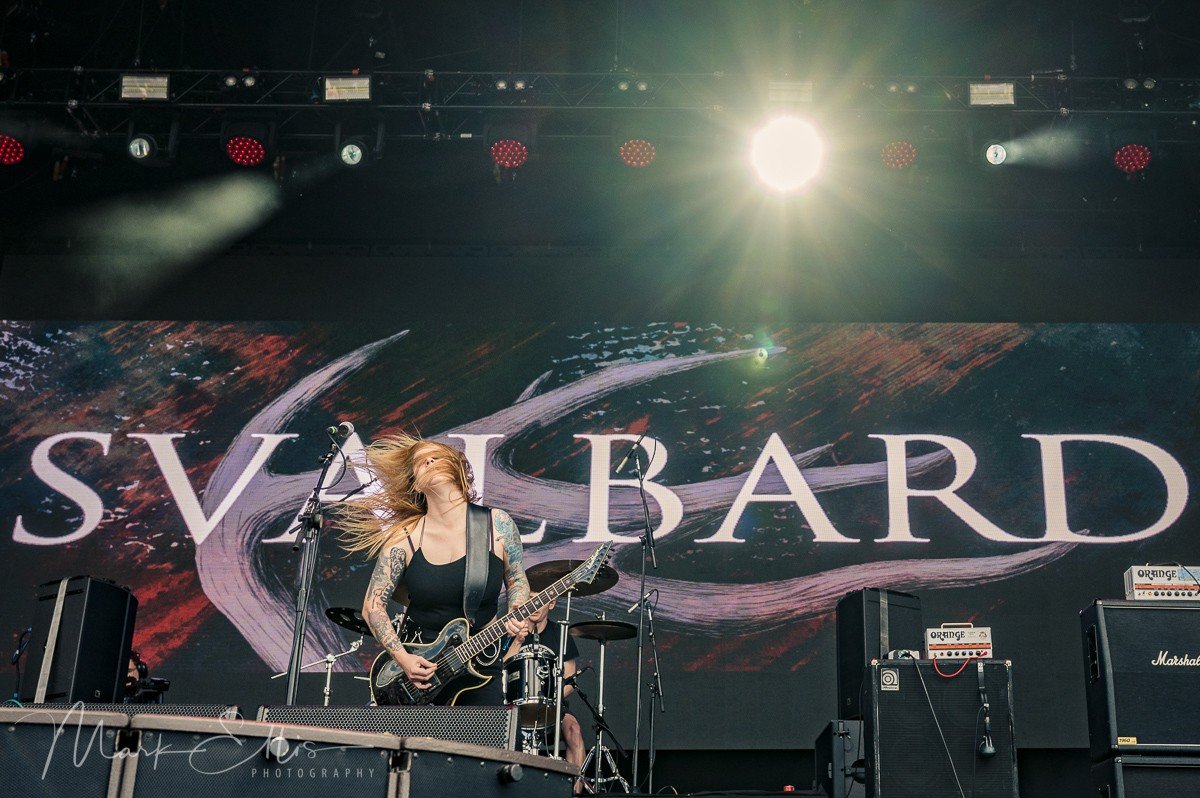 As the afternoon rolls round, it’s time for Svalbard to hit the main stage next. This is a band who are not afraid to discuss hard-hitting and uncomfortable topics through their music which while also still hitting hard and aggressively, has a melodic tone to it also. Breaking between thrashing guitars and Serena Cherry’s guttural vocals come harmonious melodies that offer something a little different in style than we have seen so far. This is the first UK show since the release of their latest album “When I Die, Will I Get Better?” and the first time fans will get to hear the new material. It’s clear to see though that the crowd are enjoying every second of this band’s set as the band, who have been fans of the festival for years, also make the most of this moment and opportunity to play the stage here today.

If you’ve missed them this time, you can also catch them on their headline tour in November/ December 2021.