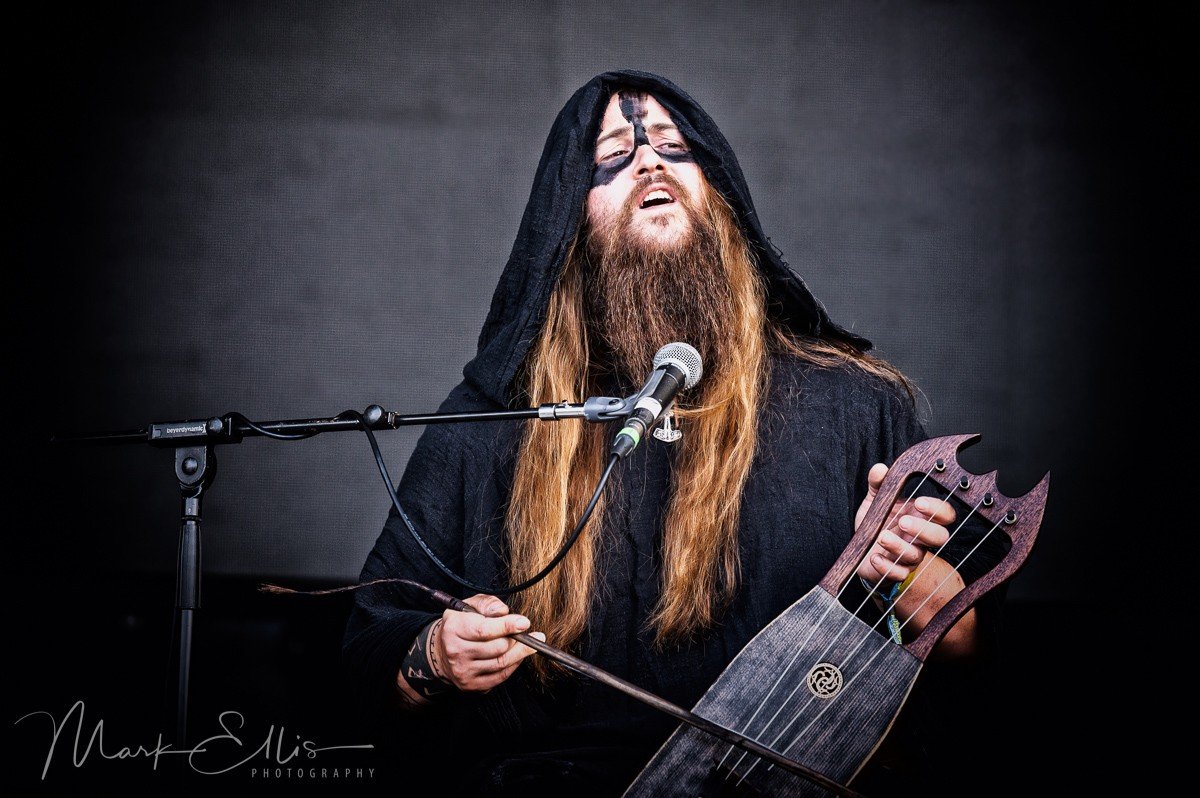 We’ve reached the final day of Bloodstock 2021 and as the sun comes out, the crowd gathers to watch the Ronnie James Dio stage open for the last time this year.

Waking us up is Seidrblot who formed in 2019 after meeting at the Jorvik Viking festival and have only played a handful of shows due to the pandemic. With their traditional Viking sound and look, they are definitely something a little different for the festival however the crowd seem to absolutely love them. As they sit on stage with their traditional instruments, they are joined on stage by dancers who paint themselves helping to make the whole performance quite a sight to watch.

Up next with some melodic death metal is Bloodshot Dawn.

Despite some of the band not being able to make the show, they have done their best and gotten replacements for today’s show only with Charlie Micheal of Woe Betide on lead guitar and Ben Adcroftfrom This is Turin on drums. Frontman Josh McMorran has already played once this weekend with his solo project Forlorn World however he’s switched back to Bloodshot Dawn mode and is killing it on stage. They soon get the crowd awake and moving as the pit opens up and lets loose. With a new album in the works, theres still plenty of great things to come from these guys.