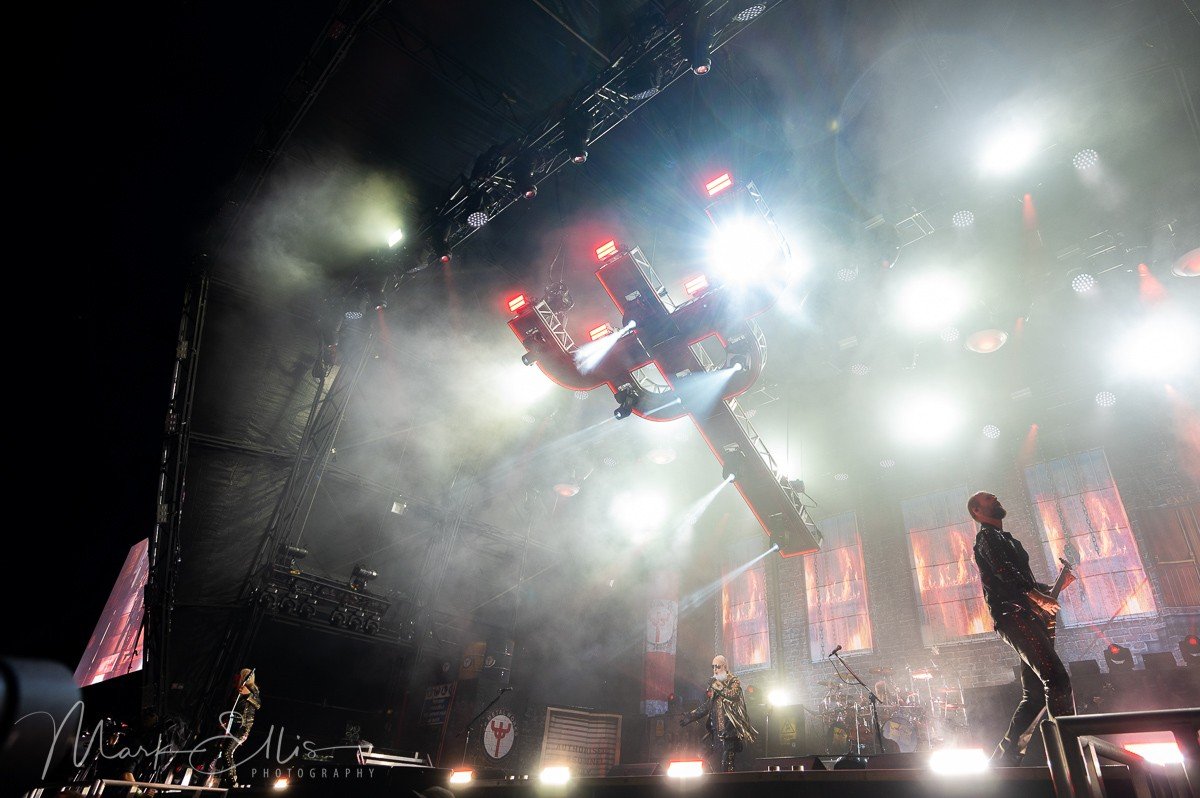 It’s finally arrived the moment we’ve all been waiting for, our final headliners of the weekend are ready to hit the stage. As the lights turn down on the stage, Black Sabbaths ‘War Pigs’ plays out and the crowd sings along. The music cuts out and a voice over addresses the crowd as a huge piece of the set begins to move and turn to reveal the band’s logo which glows red. Judas Priest are now ready to take over for the next 2 hours as they enter the stage in all their finest gear. The set begins which is a beat of as they celebrate 50 years as a band. From this moment the crowd is enthralled with the band as they sing along to hit after hit. It may be the 50th anniversary but it’s clear tonight that the band have not lost their touch as they slay the performance. Rob Halford‘s voice is as impressive as ever as he hits every note with perfection.

While Richie Faulkner shows us the showman that he is as plays to the crowd all while nailing every note and wailing solo.

If one thing can be said about the mighty Judas Priest it’s that they know how to write and perform great heavy metal music!