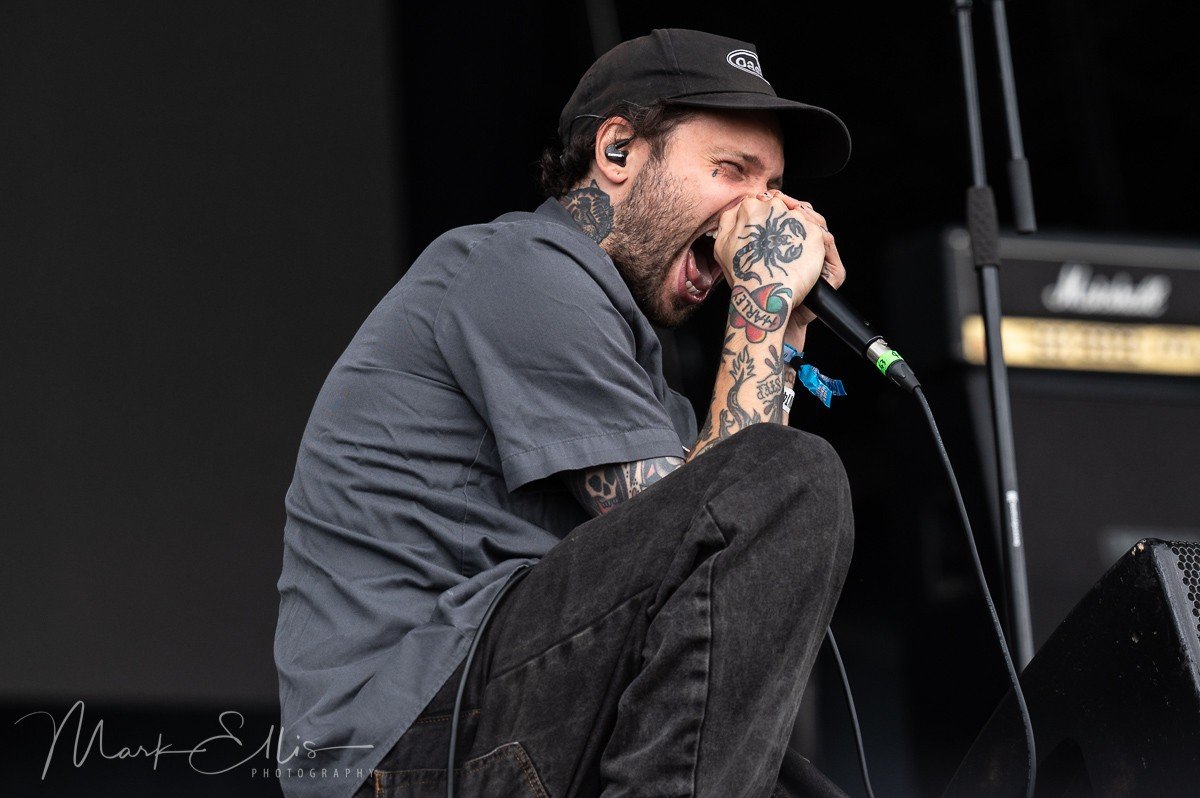 After Loathe had to pull out earlier in the week from performing today, Leed’s based Higher Power, have stepped in. Having released their last album ‘27 Miles Underwater’ at the beginning of 2020 before the pandemic hit, they’ve only been able to play a handful of shows to support this. As they took to the stage today, there was not a huge crowd ready for them however the moment they began to play this began to get bigger. As a Hardcore Punk band, they changed the pace of the day as they bounced around the stage and got the crowd to join in. With a progressive sound influenced by 80’s metal and 90’s alt-rock, the crowd are soon enthralled with the performance that the band are providing as they tear up the stage.