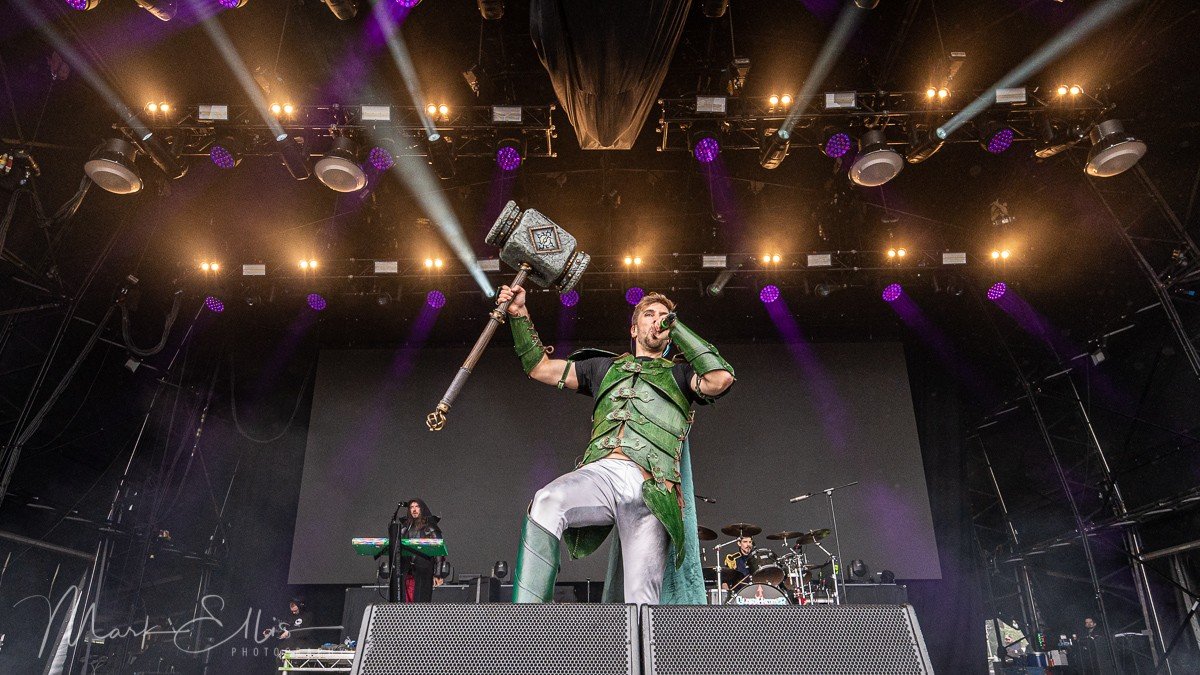 As the evening sets in, it’s time for some Intergalactic Space Metal with GLORYHAMMER!

Founded by Alestorm vocalist, Christopher Bowes, GLORYHAMMER is a concept story which spans 3 albums and sees the band as characters facing dragons and undead unicorns amongst others in their adventures.

As the band enter the stage dressed as their alter ego/ characters, a sea of inflatable unicorns and hammers can be seen raised above the crowd as they are ready to party. Through Symphonic Power Metal, the tales are told by Angus McFife XIII (Thomas Winkler) as he battles on the stage immersing you into the story. Winkler’s vocals have that epic flair which is backed by the driving guitars and completely grabs you and pulls you into the fantasy. The fans in the crowd throw themselves into the performance as they sing along and enjoy the ride. It’s all a little crazy and bonkers but everyone needs a little of that in their life and GLORYHAMMER does this so well!