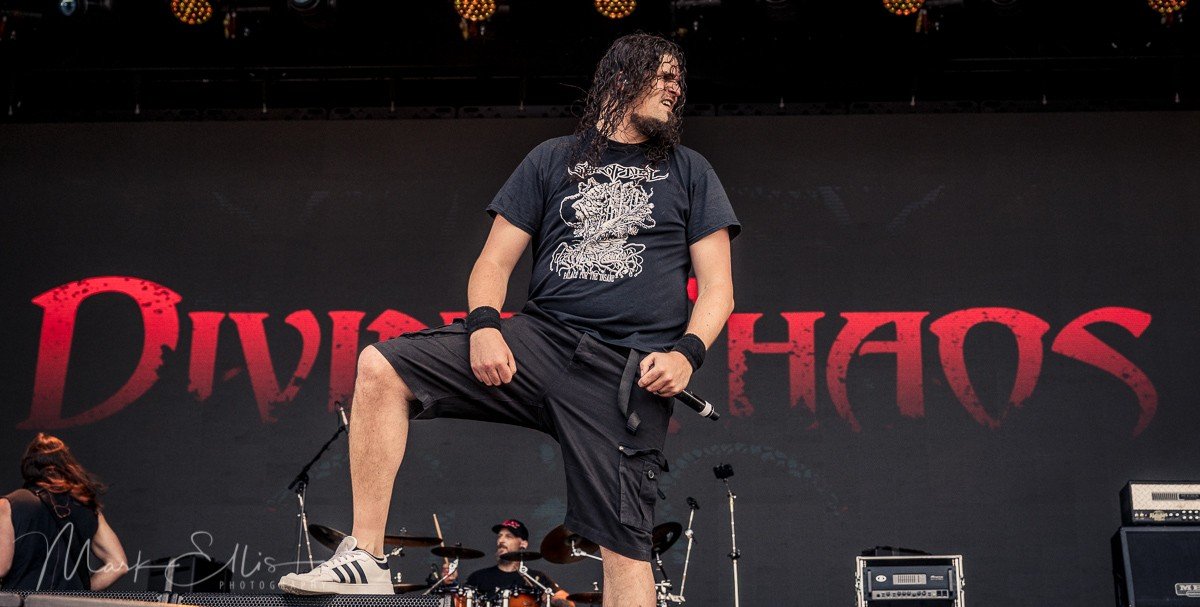 Up next we see Divine Chaos take over the arena which is filling up at some pace now. Since releasing their latest album ‘The Way To Oblivion’ in 2020 with new vocalist Jut Tabor, fans have been eager to catch them live. The highly aggressive and technical sound came across as even more impressive live than on the album, as they played a mixture of new tracks and old including from their first EP. What makes Divine Chaos stand out however is that although their music is heavy and extreme, the talent of the band is clear and can be clearly heard throughout the songs especially through the riffs and solos. There is also an appeal to fans of more thrash metal as they use that progessive and technical influence throughout their writing while remaining authentic to themselves.