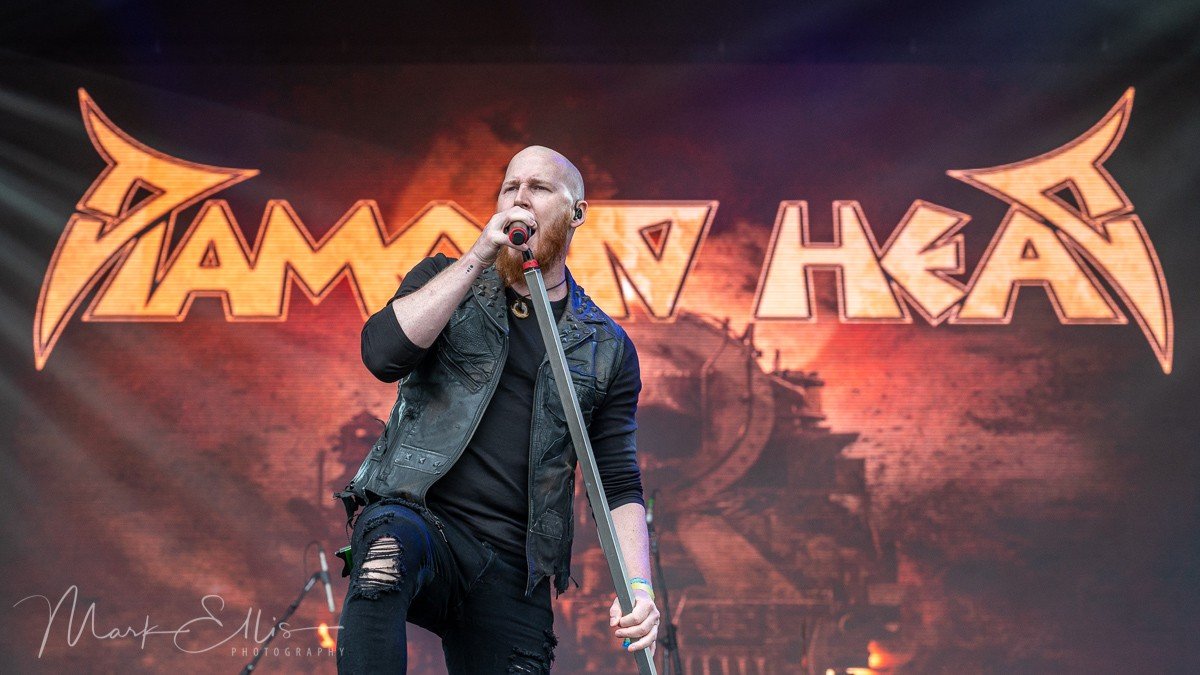 As one of the pioneering bands of the New Wave of British Heavy Metal, it’s always exciting to see Diamond Head play. With their latest album ‘The Coffin Train’ released in 2019, many fans are hoping to hear these tracks played live for the first time. After the brutal tones from Bloodshot Dawn, the melodic vocals of Rasmus Bom Andersen give the day a change of pace. He also makes a brilliant frontman as right from the first song, he has the crowd singing along and you can’t take your eyes off of him. Brian Tatler is also in excellent form as we have come to expect only the best from his performances. With a headline tour and a support slot with Saxon coming up over the next year, there’s plenty of chances to see these guys live if you haven’t already.