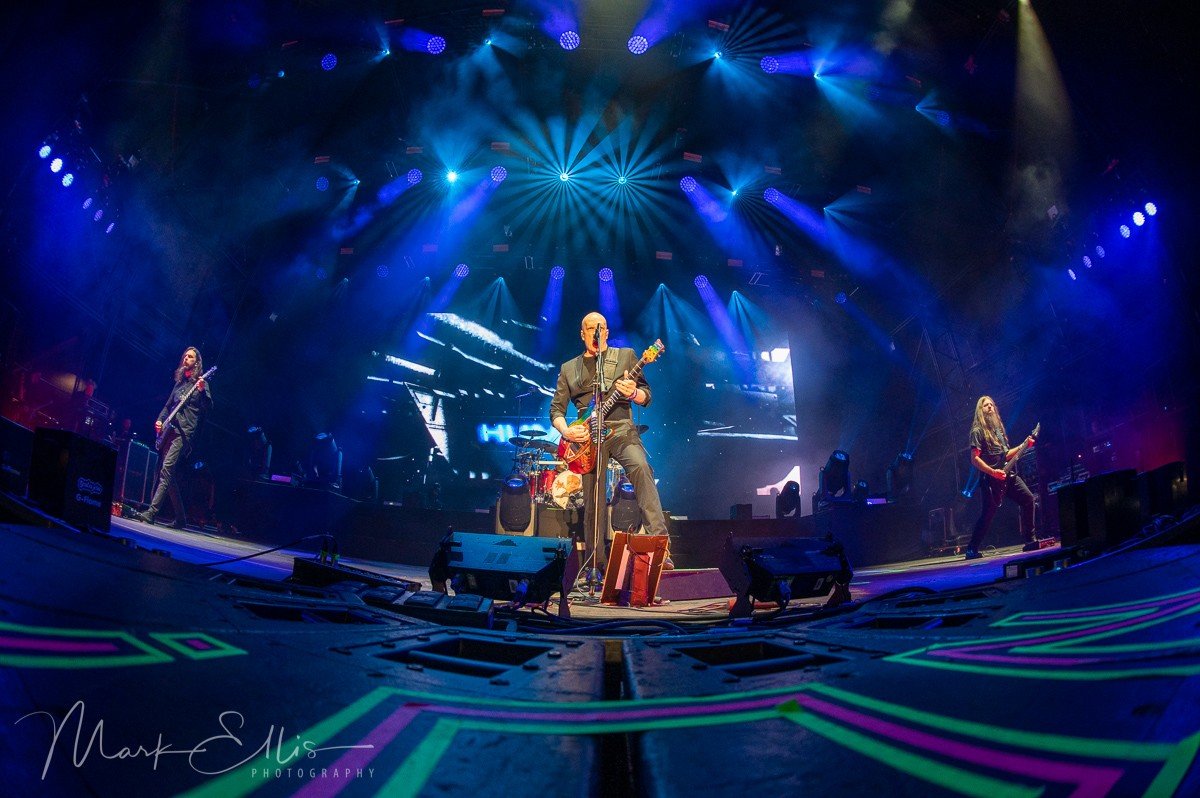 As the darkness sets in, the crowd gather round the main stage to watch the short video on the screens which showcases the character Ziltoid who reports to the Collective as he searches for the ultimate cup of coffee. The end of the video sees Ziltoid directly address the crowd of Bloodstock and announce that while they couldn’t afford the best or second best and the third and fourth are already playing over the next 2 nights we do have Devin Townsend on the stage next. As the band kicks in, the aggressive sounds of heavy metal sound across the arena with a flash of pyro. While Townsend started in heavy metal, he has ventured outside this genre showing that not all music can be put into one checkbox of a genre. His set tonight does start off distinctly heavy and it’s clear the crowd tonight are enjoying this as many were unsure what to expect.

The set continues with the ‘Ziltoid the Omniscient’ album story as Ziltoid comes back to fill us in on his investigation before later declaring war on Earth. As far as concepts go, this is something different than the usual characters creating scenes on the stage and has clearly had a great deal of thought put behind it. Townsend has a fantastic ear for melodies and harmonies as the music he has created regularly showcases thrashing beats intertwined with more melodic vocals and driving riffs.

While this is not the usual headlining act for Bloodstock, the crowd has still pulled in to see what this is all about and soon gets involved as a sea of waving arms can be seen across the arena. As a ton of balls are thrown into the crowd and characters join him on stage, it really is an interactive show and thoroughly entertaining to watch as the set soon becomes a catalogue of hits as requested by the fans. However what really stands out more than all the theatrics is how down to earth Townsend is as he regularly pauses to talk about how grateful he is to be playing here tonight while still being an incredibly charismatic front man . To be closing the main stage on the first night Townsend proves that he can stand amongst the headline alumni after tonight.