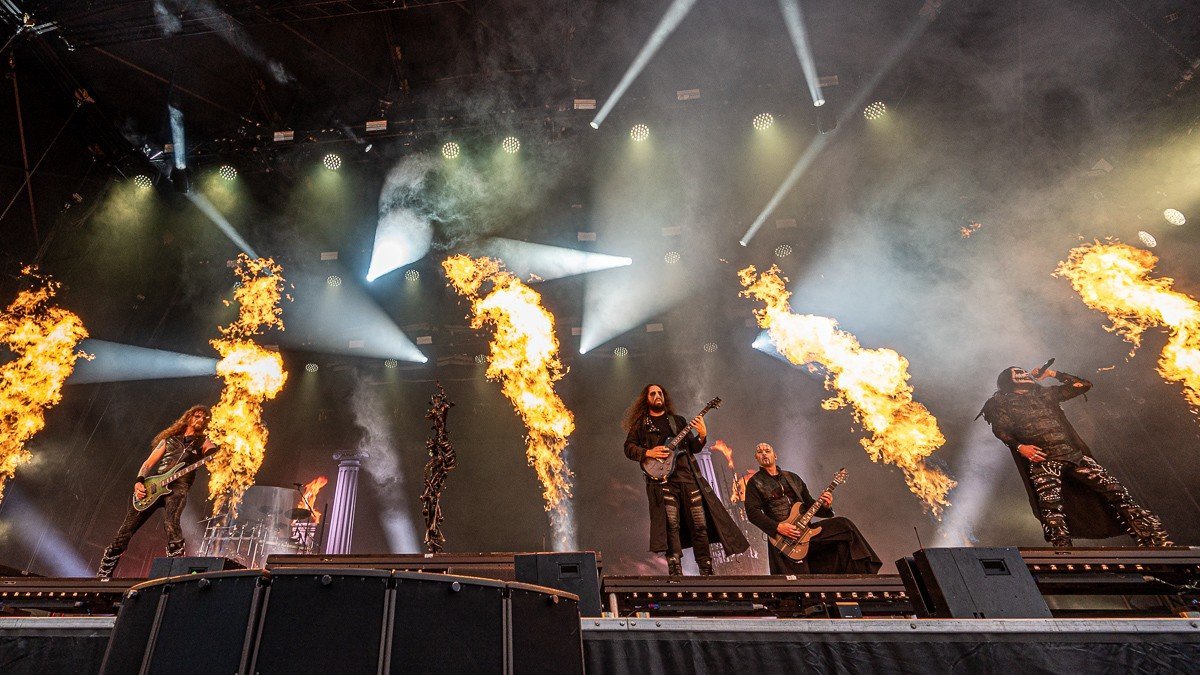 As the evening draws in, Cradle Of Filth are next to take the stage.

With the new album ‘Existence is Futile’ due out later this year, Cradle of Filth have been working hard over the pandemic and their performance tonight is the first time they have played live in 22 months. With their ever theatrical stage set, the band enter in full paint and costume as fire shoots up from the front of the stage and Dani Filth makes his way to his impressive mic stand which is set up front and center stage. The guys are in great form tonight as they storm through the set and you would never think that it has been so long since they last performed almost 2 years ago. Dani’s vocal tones are incredible to witness as he hits the high notes with what looks like ease before heading into those deep throaty tones. There is so much technical skill that this band uses to create their sound and every member of the band shows just how talented they are in tonight’s set. Whether you’re a diehard  Cradle of Filth fan or not, they always put on a stage show that captures your attention and you can’t help but watch to see what is going to happen next.