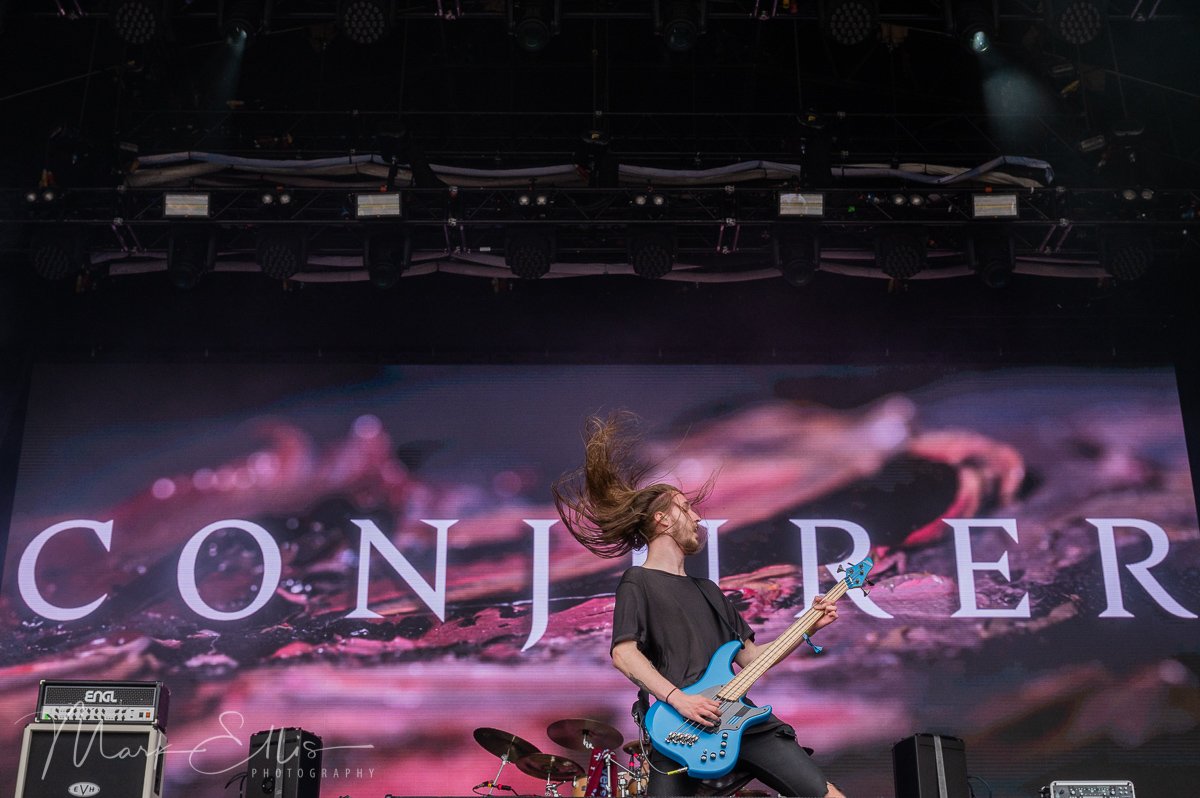 Up next are the incredible Conjurer, who since the release of their debut album ‘Mire’ have been one of the most prolific new metal bands to take over the scene. Since this release they have signed with Nuclear Blast and along with writing and recording a brand new album, they are also playing a host of festivals from the Download Pilot to Damnation Fest. Today on the main stage, as a covering of smoke fills the stage, the band showcase why they have been so successful as their extreme metal sound is heavy and stark yet still holds beautiful and haunting melodies. With Dan Nightingale and Brady Deeprose leading the attack on stage, the crowd are eating up every second of this band’s performance.