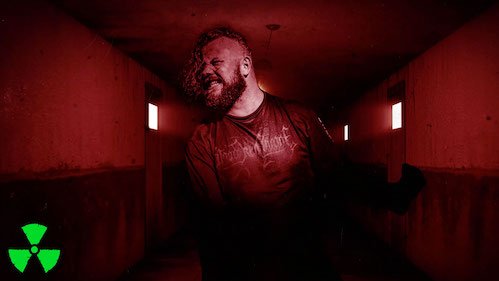 Now if i was to bring Norway into the conversation about underground metal you would think i’m predominantly talking about black metal right?

Well Norway is known for its amazing legacy of black metal bands but what many people forget is that the beautiful Scandinavian landscape is also filled with some top notch death metal bands.

Originally started by Død & Tchort previously of Satyricon, Emperor & Carpathian Forest they were able to create a band that to this day are creating stand out albums within the death metal landscape.

2021 sees the band release “Imperial Congregation” their tenth studio album & how does it hold up with some of the other releases from the year so far? Pretty damn well!

By the opening of the album & the title track (which i think is great to have the title track as the opener) “Imperial Congregation” shows the band aren’t slowing down or playing it safe.

Just by the opening lone guitar riff this track shows the band have the classic groove & rhythm they have weaved into their style over the years.

A perfectly balanced track where all intrumstenals are firing on all cylinders but none bleed into the other, a clear, thick & meaty production shining through already. A great sign.

“Itika” shows the more chaotic side of BRT, starting the song with an abrasive riff which is capped off with a sea of panic chords before the track really starts but still caring on the theme through the whole track this song is a great showcase of the different tastes BRT bring to each track. Keeping it brutal but adding elements to the albums sound that gives each track its own charm.

Halfway through the album & BRT have no plans in slowing down.

“We All Bleed” is a brilliant just under four minute track that yet again is full of groove, drive & small touches that keep the album feeling fresh over & over again.

Giving him little moments in the track to shine with semi lead bass passages which were a surprise & raised the technical aspect of the album up a few degrees.

Showcasing what BRT have been able to create on this album with a colmation of all the elements within. It is also my favourite vocal recording Yngve “Bolt” Christiansen has done with BRT. His most guttural & diverse.

“Imperial Congregation” is a fantastic album by a band that could have phoned it in & kept it generic. But what Blood Red Throne has done is perfectly craft an album that will please any death metal listener & surprise a majority of them too. Top 10 of 2021 for sure!

Imperial Congregation is out via Nuclear Blast Records on the 8th October 2021. 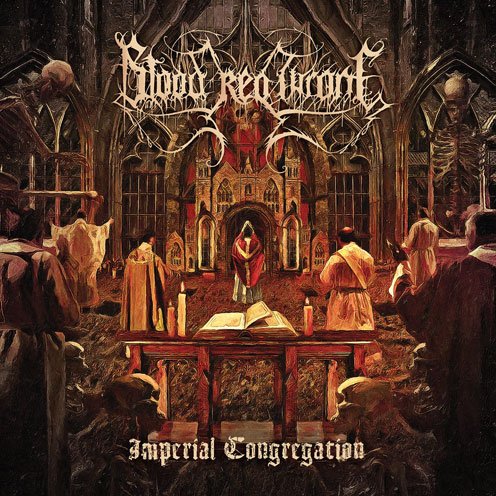