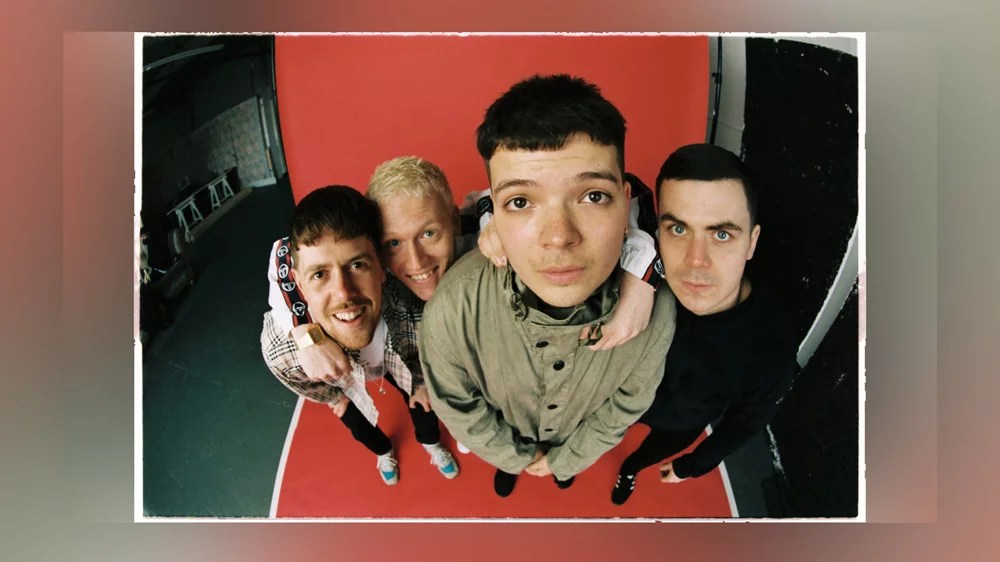 BIG IMAGE have unleashed their kaleidoscopic indie dance juggernaut SOMETHING. The soundtrack to making up for many lost nights out during the past two years, the single is another euphoric number from the Birmingham-based quartet that aches to be reverberated around sticky-floored venues with a mate on either arm singing along.

Speaking about the track, vocalist George Johnson says, “I wrote Something the day before we first met up again as a band after lockdown. I was really missing going out, so the song is about all the best nights out we’ve had rolled into one, hence the super obvious acid house influence. I wrote it in about 30 minutes. It’s just a simple pop song and that’s why I love it”.

Bassist Luke Morris adds, “Lyrically, Something tells the story of finding someone at a rave or club and spending the night with them. When George played me the demo, I knew it was a single. It’s the most acid house tune we’ve done; a proper party anthem desperate to be heard by the masses”.

The accompanying video visualises the essence of SOMETHING perfectly, with multi-coloured hues glowing in sync with the nightclub love affair playing out before your eyes. In their own words, the band added, “The video is about a couple who have a psychedelic experience, shot by our long-time collaborator Henry Bettany. We hadn’t worked with him in a while, so we were all buzzing to get back shooting with him”.

SOMETHING is taken from the band’s new EP, HUMAN TOUCH IS FOREVER, due for release on 27 April. Featuring previous singles Parallel Love Affair and the Radio X playlisted Crazier as well as another new track – Sleeping Alone – it’s a big milestone in the band’s career to date. Previously working under the name Ivory Wave, this will be the quartet’s first body of work as BIG IMAGE.

The announcement follows a successful 2021 for BIG IMAGE which saw them play the This Feeling stage at the Isle of Wight Festival and a raucous, intimate hometown show at Birmingham Sunflower Lounge to celebrate their debut single. They also appeared on Scruff of The Neck TV, featuring a live session and interview with Jack Wood from Radio X, and were chosen to appear in the Scotts Menswear nationwide autumn / winter campaign alongside Sam Fender and Bru-C. Now, with the addition of live dates and the countdown on to their debut EP, BIG IMAGE keeps getting bigger and bigger.

BIG IMAGE – George, vocals; Luke, bass; Connor, guitar; and Seb, drums – combine the reverb-drenched piano of house, the propulsive breakbeats of drum and bass, and the bubbling buoyancy of baggy to create a cocktail sound that is entirely theirs. The band were previously known under the name IVORY WAVE and have already built a considerable live following through festival appearances and support slots with the likes of DMA’S, The Sherlocks and The Twang. The sudden pause in touring last year led to an opportunity to refocus, rebrand, and hone their sound into something altogether more ambitious for this year and beyond. With their debut EP on the horizon and an album in the pipeline, BIG IMAGE is ready to reach anyone and everyone with an exciting array of unifying Saturday night anthems.