Search
Home
News
BENEATH THE MASSACRE – SIGN WITH CENTURY MEDIA RECORDS & ANNOUNCE NEW ALBUM EUROPEAN TOUR STARTS IN NOVEMBER
After seven long years of silence around the Canadian technical death metal force, Beneath The Massacre announces their signing with Century Media Records. The new album entitled “Fearmonger” will be released on February 28th, 2020.

Beneath The Massacre states:

“We are happy to announce we have signed with Century Media Records. It is truly an honour to work with such an iconic label in metal and couldn’t have asked for a better place to call home for our next records. We cannot wait to unveil more details about the new album and share what we’ve been working on.”

“We are very happy to welcome Canada’s finest technical death metal band, the mighty BENEATH THE MASSACRE, to Century Media Records. Their new album ‘Fearmonger‘ not only showcases an insane amount of brutality, it also lifts the bar of the technically and physically feasible. The level of accuracy and precision has no equal, while the band manages to still write transparent, coherent and extremely strong songs. Watch out!”

Beneath The Massacre were formed in 2004 inspired by the ultra-brutal and hyper-complex death metal sound of bands like Cryptopsy and Neuraxis. They released two full-length albums in 2007 and 2008 and were touring with bands like Dying Fetus, Misery Index, Origin, Hate Eternal, Cryptopsy and Obscura. After the release of their third record “Incongruous” in 2012, the band went on hiatus until they announced their return in 2018 followed by first live activities. 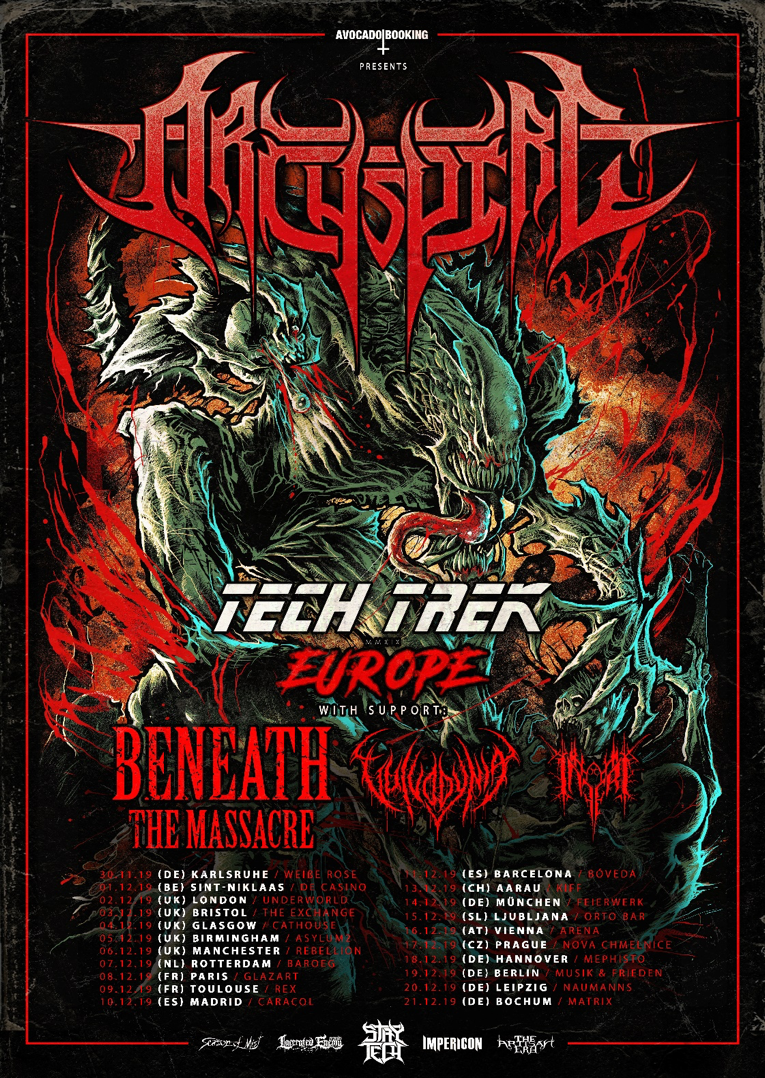