BEANZ MEANZ THE WHO 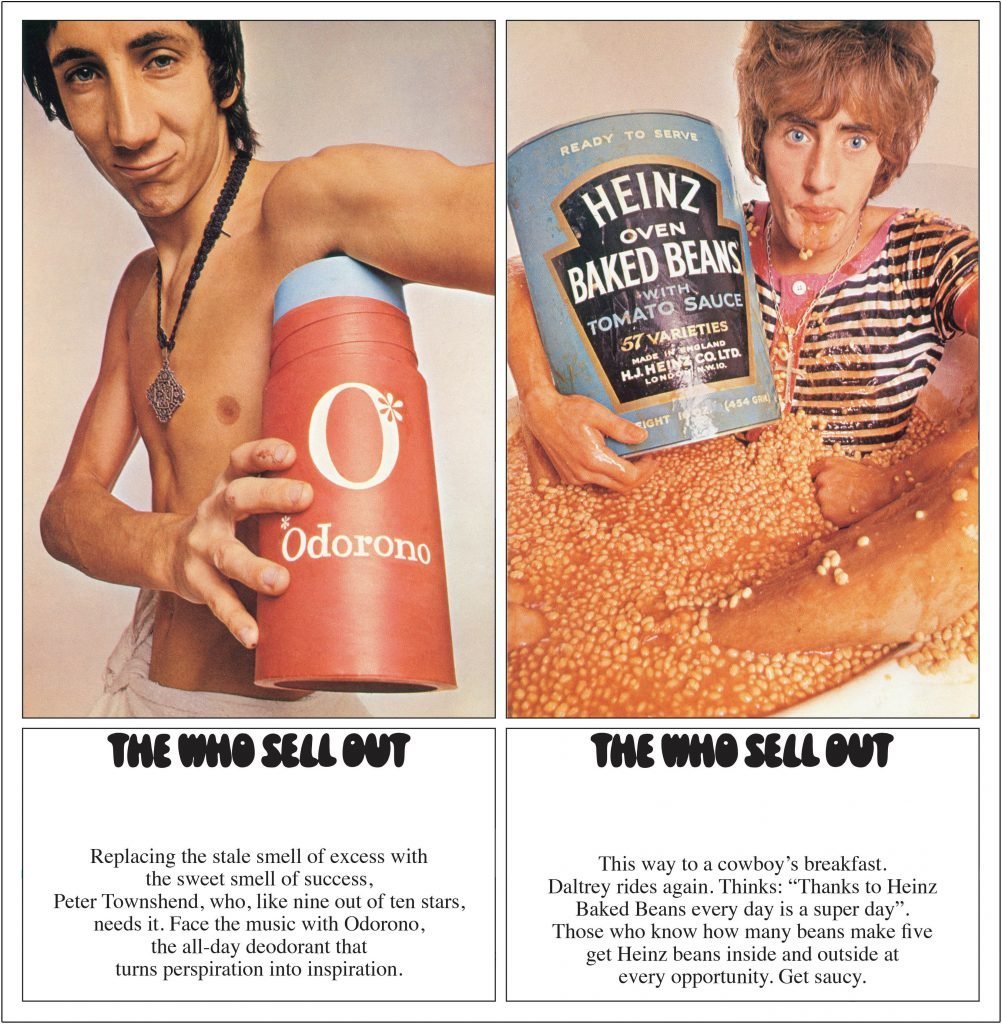 Heinz Beanz and The Who team up to celebrate the release of the expanded edition of the 1967 album ‘The Who Sell Out’, whose iconic album artwork featured Roger Daltrey sat in a bath of beans holding a giant can of Heinz Beanz

Limited-edition ‘Beanz Meanz The Who’ cans launch today on Heinz to Home, with collectible hand-signed versions available for £57 with all net proceeds from the cans go to charities Magic Breakfast and Teenage Cancer Trust

A giant, signed version of the limited-edition can is also being auctioned off for charity from Thursday.

The year is 1967. Heinz Beanz launches its famous ‘Beanz Meanz Heinz’ advertising slogan, since voted the UK’s favourite of all time.* This same year, The Who release their third album, The Who Sell Out, the now iconic sleeve features Roger Daltrey sitting in a bath full of Heinz Beanz and featuring ‘Heinz Baked Beans’ as the second track. What a year 1967 was.

Fast forward to 2021 and the two icons are reuniting after more than 50 years to celebrate The Who releasing the expanded edition of The Who Sell Out (23rd April) – this time with no bean-filled baths involved. The album will be the subject of a brand new Classic Albums documentary premiering on Sky Arts at 9pm on 23rd April.Instead, Heinz and The Who are launching limited edition ‘BEANZ MEANZ THE WHO’ cans, and this is no Sell Out; the cans will raise funds for child hunger charity Magic Breakfast and cancer support charity Teenage Cancer Trust, Heinz and The Who’s respective charity partners.

A giant, hand-signed (empty) 57.5cm (H) x 42cm (D) version of the limited-edition can is also being auctioned off for the charities via givergy.uk/HeinzTheWho from Thursday 15th – Sunday 25th April.

The net proceeds will not only help Magic Breakfast continue their work towards ending child morning hunger as a barrier to education in the UK and allow them to continue providing healthy breakfasts to pupils in over 1,000 schools in disadvantaged areas each school day but will also help fund Teenage Cancer Trust’s vital work supporting young people aged 13-24 through cancer treatment.

There are 1,967 (in homage to the significant year) limited-edition cans available to buy today from Heinz to Home for just £5.49 each with a further very special 57 collector’s cans hand signed by The Who legends Roger Daltrey and Pete Townshend (£57). The signed versions come in a special presentation box, perfect for displaying in your home.
The album artwork featuring Roger Daltrey holding a giant can of Heinz Beanz whilst sat in a bath full of the Beanz “was the best visual of the whole album cover” according to Roger, making the subsequent bout of illness that Daltrey endured to make it possible all worth it.

Reminiscing about the 1967 photoshoot, Roger said: “[afterwards] I ended up with a week in bed with either the flu or probably the worst cold that I’ve had in my lifetime and I put it down to the baked beans because they’d just come out of the fridge; they were freezing cold! I sat in them for twenty minutes until they had the great idea of putting electric fire round the back of the bathtub I was sitting in, which worked for a while.  It started to heat them up but then they started to cook. So my arse was roasting while my front was freezing and within 24 hours I was in bed with the sniffles. I don’t blame the beans, I blame the electric fire!”

Despite that experience, The Who frontman’s love for Heinz Beanz has not waned. Roger said: ‘I don’t know anybody who doesn’t like Heinz Beanz, they’re great. They’re so simple; you put your eggs on, you put your toast on, you click your toaster, you time your eggs, and you put the beans in a pan, and it all comes together all in one lump. It’s great. For someone who can’t cook like me, it’s the most magical breakfast you can have: poached eggs and beans on toast.’

Emily Wilkie, Head of Fundraising, Magic Breakfast: “We’re very excited that Heinz and The Who are using this brilliant initiative to raise vital funds for children and young people via Magic Breakfast and Teenage Cancer Trust. The funds Magic Breakfast receive will help us work towards ending child morning hunger in the UK and allow us to continue providing healthy breakfasts each school day to pupils in over 1,000 schools in disadvantaged areas each school day. A huge thank you to both Heinz and The Who!”