BEANS ON TOAST – Announces Special “An Evening With” Show in London

“Survival of the Friendliest’ lifts the soul up and provides a much needed energy boost in difficult times.”
DSCVRD

“the perfect antidote to re-energise us all.”
LOUDER THAN WAR

Beans on Toast will be playing a unique seated show at The Clapham Grand on Thursday 2nd June 2022.

English folk hero Beans on Toast has promised a night of songs, stories and musings at the one-off show this June Bank Holiday Weekend. Drawing from his huge and much-loved back catalogue of music and books, it’s set to be an evening of mighty fine entertainment.

Having recently completed a successful UK tour with a full band in support of his acclaimed new album ‘Survival of the Friendliest’, Beans on Toast will be joined on this one-off occasion by Australian bushman and master songsmith William Crighton and sensational rising folk star Ann Liu Cannon.

The seated show will also chime with the long history of The Clapham Grand, one of London’s oldest music halls that once saw Charlie Chaplin grace its legendary stage. The Grand has recently been brought back to the forefront of London nightlife by Ally Wolf, an old friend of Beans’, and the evening will continue the venue’s ongoing legacy of being a palace of modern variety.

A veteran of the UK festival and touring circuit, Beans writes simple songs about complicated subjects that never fail to celebrate the beauty of human existence. His live shows are both inspiring and entertaining: a relaxed and fun affair that leaves you feeling like you’ve met up with an old friend, and you’re all the better for it.

An Evening With
Beans on Toast

A unique seated show of songs, stories and musings in one of London’s oldest music halls. 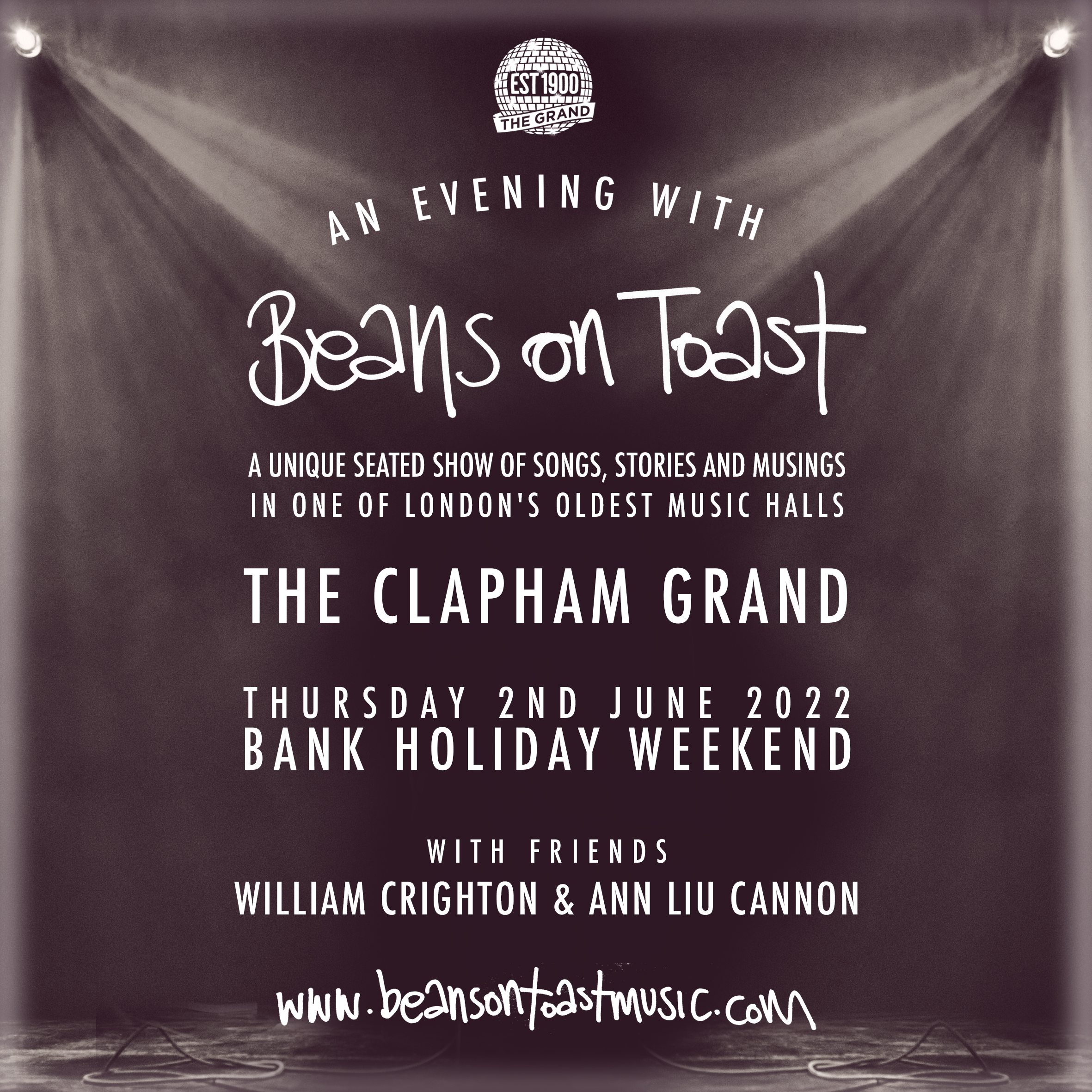 Beans on Toast has recently been touring his acclaimed new album ‘Survival of the Friendliest’. It featured recent singles: “Humans”, “Not Everybody Thinks We’re Doomed” and “A Beautiful Place”.

Produced by Blaine Harrison of Mystery Jets and recorded at Big Jelly Studios in Ramsgate, ‘Survival of the Friendliest’ is a record all about hope, positivity and camaraderie, that finds an artist celebrating the very best of human nature. Proving a big hit with fans at Beans’ recent December shows and with the critics, Louder Than War praised Beans’ latest effort as “the perfect antidote to re-energise us all”, whereas RNR Magazine championed the record as “rather special…The lyrics shimmer with Beans’ trademark of truth and humour”.

The album featured a host of friends & musicians including the spoken-word artist Dizraeli, acclaimed author Nick Hayes (on banjo), multi-talented gospel singer Sarah Telman (backing vocals, strings), Rosie Bristow of Holy Moly & The Crackers (accordion), Adriano Rossetti-Bonell (saxophone) and Graham Godfrey (drums), alongside contributions throughout from Mystery Jets’ Blaine Harrison and Jack Flanagan. With every fibre made with a little help from his friends, the cover art for the album is by London based painter Georgie Mason; whereas its videos have come courtesy of wildlife photographer and old school-friend: Curt Walsh.

‘Survival of the Friendliest’ is out now via his own BOT Music imprint. 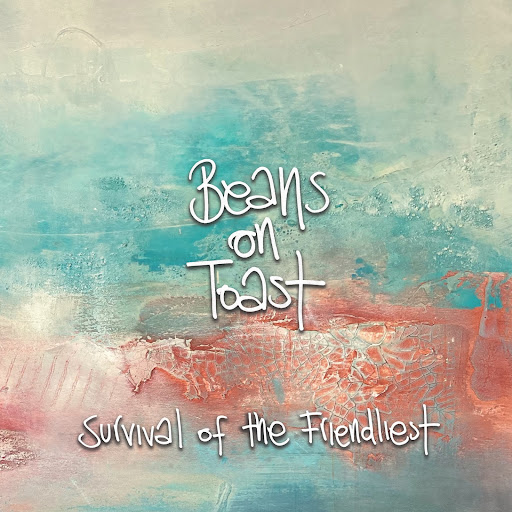 BEANS ON TOAST – NEW ALBUM: ‘SURVIVAL OF THE FRIENDLIEST’
OUT NOW, VIA BOT MUSIC
LISTEN TO THE ALBUM HERE