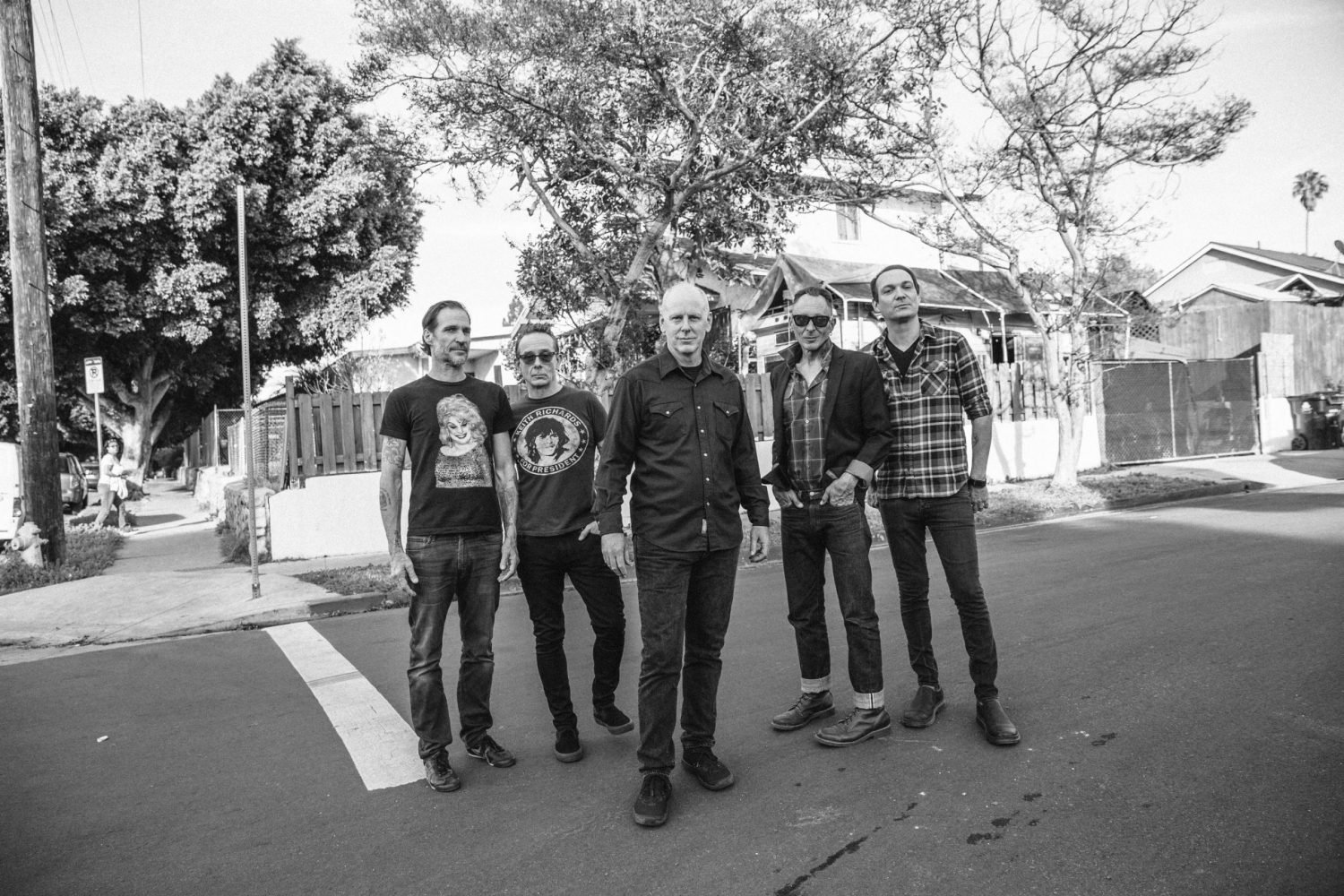 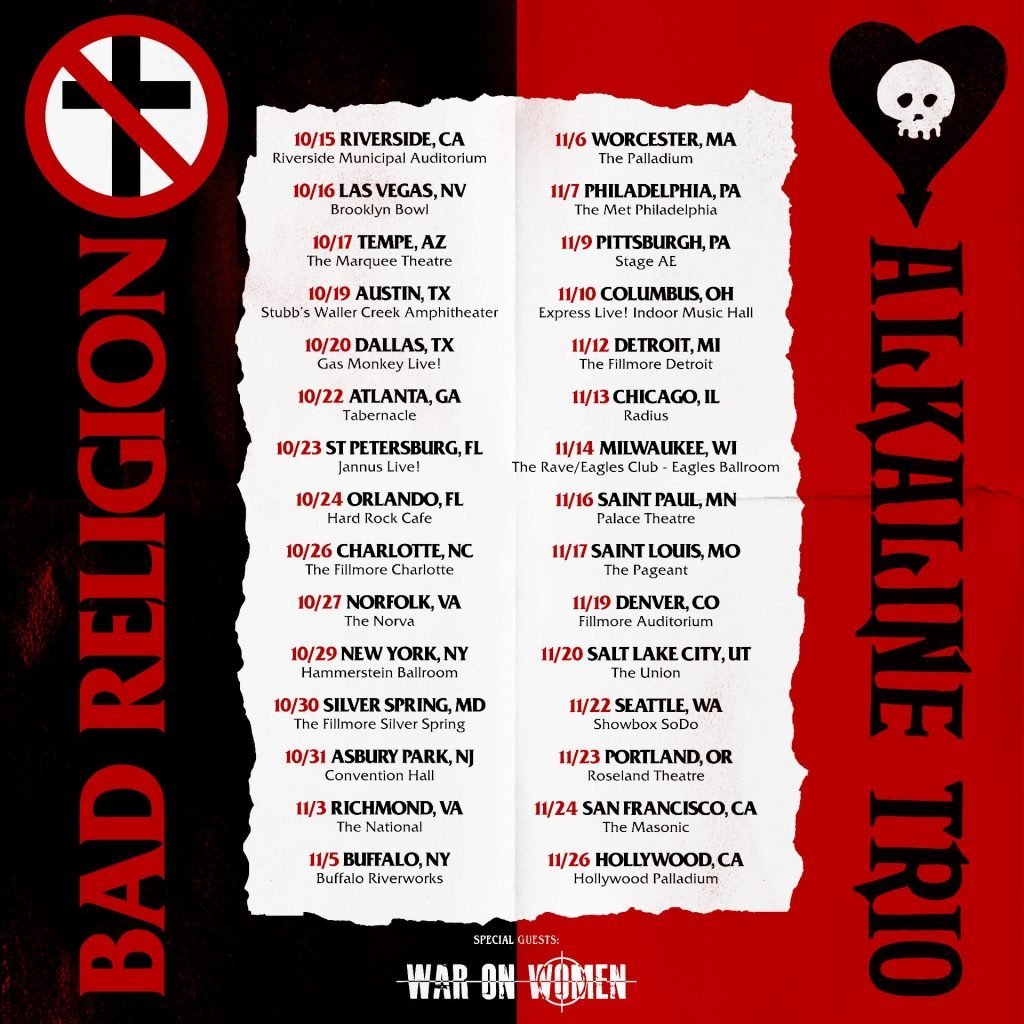 “Bad Religion was one of my first loves,” says Alkaline Trio co-lead vocalist/guitarist Matt Skiba. “I remember exactly where I was the first time I heard Suffer. They are one of the very reasons I started playing punk rock music and continue to today. This tour is going to be epic on many levels. We’ve done Warped Tour and Festival shows many times over the years but this will be the first time it’s just us and I couldn’t be more thrilled!”

“This tour is special;” explains Bad Religion co-songwriter and lead singer Greg Graffin, “not only are we celebrating the return of live music, but we get to do it with Alkaline Trio, who are such a great band, really excited about this!”

ABOUT ALKALINE TRIO
Since emerging in 1996, Alkaline Trio have become one of punk rock’s most progressive and unique bands of the last decade, rousing a dedicated legion of passionate supporters with nine fan-adored albums and relentless world-wide touring.

The band’s recent release, Is This Thing Cursed? debuted #2 on the current alternative albums chart, #9 on the top current albums chart and #68 on the Billboard 200. The album hearkens to the creative process of the early days, when the band rehearsed in a tiny apartment on the edge of Chicago’s Humboldt Park in the band’s hometown. Produced and mixed by Cameron Webb (Pennywise, Motörhead), it is the first Alkaline Trio album written almost entirely in the studio. According to the band, the album-making process was similar to that of Maybe I’ll Catch Fire —Alkaline Trio’s darkly charged sophomore full-length.

ABOUT BAD RELIGION
Bad Religion, formed in 1980 in the suburbs of Los Angeles, has become synonymous with intelligent and provocative West Coast punk rock and are considered one of the most influential and important bands in the genre. Bad Religion has continually pushed social boundaries and questioned authority and beliefs armed only with propulsive guitars, charging drumbeats, thoughtful lyrics and an undying will to inspire and provoke anyone who will listen.

The band’s critically acclaimed 17th studio album Age of Unreason offers a fiery and intensely relevant musical response to the times, with songs that address a myriad of socio-political maladies, including conspiracy theories, racist rallies, Trump’s election, the erosion of the middle class, alternative facts and more. There is a stylistic consistency to the band’s iconic and influential sound – hard fast beats, big hooks and rousing choruses, yet each new song remains distinctive, utilizing composition, melody and lyrics to deliver a unique narrative consistent with the band’s longstanding humanist worldview.