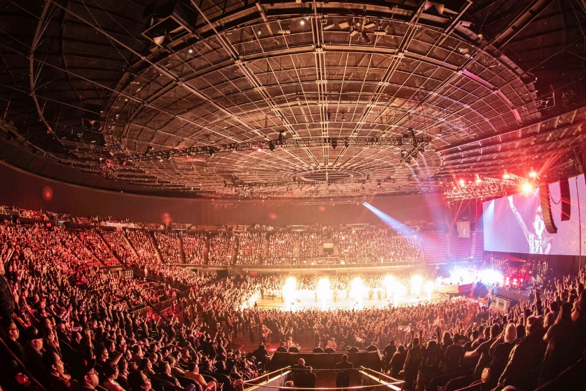 Photo from BABYMETAL’s sold out show at The Forum, Los Angeles | Credit: Taku Fujii
“Like nothing else on Earth” KKKK – KERRANG!“There is no one else like BABYMETAL and our world is all the better for it” 8/10 – METAL HAMMER

Dance-metal sensation BABYMETAL have achieved another first, becoming the only Japanese band to ever land two TOP 20 albums in the official UK Albums chart.

Internationally, the band saw their most successful first week ever outside of Japan, debuting at #2 on the Billboard Top Current Albums Chart and #13 on The Billboard Top 200 – the highest position for a Japanese artist in chart history –  and number 18 in the Official German Albums chart – their first Top 20s in both territories.

Five years and two albums removed from their viral single “Gimme Chocolate!”, that saw hundreds of millions of streams across the world, the release of ‘METAL GALAXY’ proves beyond a reasonable doubt that BABYMETAL has staying power. With this release, the band has achieved its best performing album to date by more than doubling US album sales accompanied by their highest charting positions worldwide. The news caps off an incredible release week that also saw a sold-out The Forum show in Los Angeles, the band’s first-ever US headlining arena show.
BABYMETAL’s first ever full UK headline tour kicks off in February 2020. Catch them at the following shows:Wed 19 Feb 2020  UK      Glasgow – Barrowland
Thu 20 Feb 2020   UK       Cardiff- Great Hall
Sat 22 Feb 2020    UK        Manchester – Apollo
Sun 23 Feb 2020   UK       London – Hammersmith Apollo 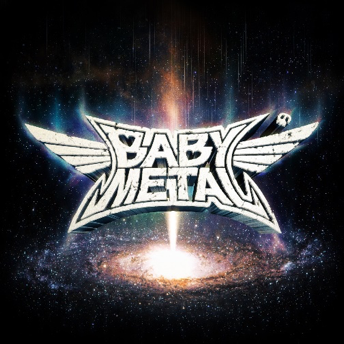