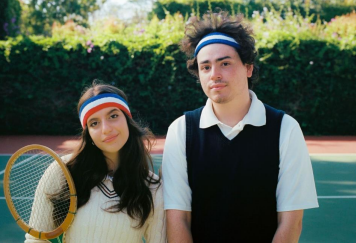 This song makes us so excited to see where AVIV’s career goes next—and at just 15  years of age, we think she’s got some incredible hits ahead of her. – Sweety High

Fifteen-year-old indie pop prodigy AVIV is best known for her unabashed and heartfelt music  which radiates with thoughtfulness, honesty and raw emotion. The singer-songwriter has a  distinct way of inspiring nostalgia and memories of youth, while at the same time displaying  sonic and thematic concepts far beyond her years. – EARMILK

“A song that acts as an album of memories, a reminder to enjoy the moment and to find a  possible way to reconcile” – Atwood Magazine

Today 15-year-old indie pop prodigy AVIV has just released a fun and lighthearted music  video for the of the OCTAVIO the Dweeb remix of her acclaimed indie hit “Black Coffee.”  Watch it HERE.

The nostalgic 80’s inspired visuals capture both artists as they let loose playing a game of  summer tennis and riding around in a vintage BMW in the scenic countryside.

With its shimmering synths, vibrant melody, and irresistible lyrical hooks, “Black Coffee”  makes for an unstoppably infectious indie pop gem. AVIV has garnered acclaim from popular  Spotify playlists including “young & free” and “bedroom pop” among others.

Speaking on the original track AVIV comments: “With COVID, a lot of my friendships and my  friends’ romantic relationships just came to a full stop,” she observes. “People drifted. When  you pour out your cup of black coffee, there are all of these grains in the bottom that stay  there. Those grains are all of the things that could’ve been pursued, but the cup was already  poured out. That’s the deeper meaning.”

In the end, AVIV preserves feelings you don’t ever want to lose with each and every song. “If  my song takes you somewhere emotional, there’s nothing better to me,” she leaves off. “Or, if  it makes you answer a question you’ve had about your life, that would be amazing. My songs  make me answer my own questions. When I release them, I hope they do the same thing for  you.”

Joined by OCTAVIO the Dweeb, AVIV’s fun loving visuals are out August 18th, 2021.

The Monterrey, Mexico born and Kentucky-raised creative, OCTAVIO the Dweeb, is a self starter. As a young man determined to follow his passions, Octavio would stop at nothing to  achieve his dreams. After picking up his father’s old guitar and teaching himself to play, he  started writing his own songs. He then took a job bussing tables during the week to pay for gas  money and he would skip school every Thursday to drive down to Nashville from Knoxville to  record his tracks.

When Octavio dropped his first single on Soundcloud, things quickly changed for the young  act. With early support from Alt Nation on “Someday I’ll Be Happy” and his latest single “Slow  Drag” receiving attention from notable tastemakers Ones To Watch and PopMatters, features  on coveted playlists like Spotify’s young & free & Indie Pop, Apple Music’s Breaking Alternative and New In Alternative, and the recognition by Soundcloud as one of their hottest emerging  artists, it is clear that OCTAVIO the Dweeb is on the rise.

You know all of those warm and fuzzy first-time feelings you get as a teenager—the ones you  wish you could hold on to forever?

AVIV retrofits those emotions into her songs. The 15-year-old Toronto singer, songwriter, and  multi-instrumentalist pens the kind of affecting and arresting D.I.Y. pop that’s both nostalgic  and prescient (You could think of it like nineties alternative pop born post-social media). After  generating millions of streams independently and receiving acclaim from Atwood Magazine  and more, she continues to perfect this approach on a series of singles for Photo Finish Records.

“I’m just a teenager who acts much older, still gets excited about little things, and really loves  to over- analyze her emotions and put them into music,” she says. “I try to be true to myself  with everything I do. The more AVIV the music is, the better.”

AVIV grew up in a big family of four siblings, including her twin brother. Every Saturday, they  went record shopping together on Queen Street in Toronto, picking up classics by Fleetwood  Mac, Radiohead, and more. “Most families went to the mall,” she smiles. “We went to the  record store together.”

At six-years-old, she studied piano under “an old-fashioned teacher who scared me into  practicing and getting good!” Around the same time, she developed her voice and eventually  picked up guitar. Casual poetry transformed into songwriting as she regularly played her early  compositions for friends and family. Throughout high school, she obsessed over the likes of  Clairo, Lorde, and Lana Del Rey.

“They’re my three moms,” she laughs.

Once the Pandemic hit, she found herself listening to more music than ever and, at the same  time, writing as well. Working with her big brother’s friend Jackson Follemer as co-producer,  she regularly took the train to Montreal to visit them at McGill University and started to record  music in 2020. Following “Cookie Dough,” her independent single “Girls In Red” claimed  coveted real estate on playlists such as “indie pop & chill” and eventually amassed hundreds  of thousands of streams. “Frontlawn” and “Lonely Bitch” only increased her momentum with  consistent organic growth.

“Music became a way to convey my emotions,” she admits. “Since I won’t even talk to my  friends about a lot of these things, it’s an outlet for me to talk about things I don’t talk  about.”

Photo Finish Records is an independent record label boasting a diverse artist roster including  alternative rock, indie pop and hip hop. The label was created and founded by Matt Galle and  in 2021 will celebrate its fifteenth year of success. As the label grew and developed, Matt  brought in his business partner Mike Marquis to co-run the label with him. PFR is known for  developing and breaking an eclectic roster of artists such as 3OH!3, SHAED, Marian Hill,  MisterWives, ROZES, The Mowgli’s, and new signings The Maine, Elliot Lee, Lakeview,  guardin, and joan. SHAED’s track “Trampoline” is double platinum with over 2 billion streams  worldwide, 3OH!3’s debut album “Want” is certified Gold with 3 platinum singles and over 15  million singles sold which includes collaborations with Katy Perry, Wiz Khalifa, Kid Cudi, Lil’  Jon and Ke$ha. Marian Hill’s releases including their debut album “Act One” have sold 12  million tracks making big waves with the breakthrough hit “Down” as well as successful albums  from MisterWives and their gold single “Reflections”, Anthony Green, Handsome Ghost, and  many others. Matt Galle and Mike Marquis are well known and respected leaders in the music  industry having both been recognized in Billboard’s 40 under 40 and two years (2020, 2021) in  a row on Billboard’s Indie Power Players list. The team is located in NYC and PFR is  distributed through Virgin Music, Label and Artist Services. 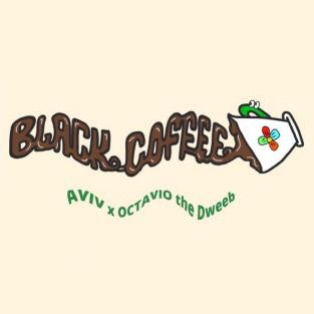