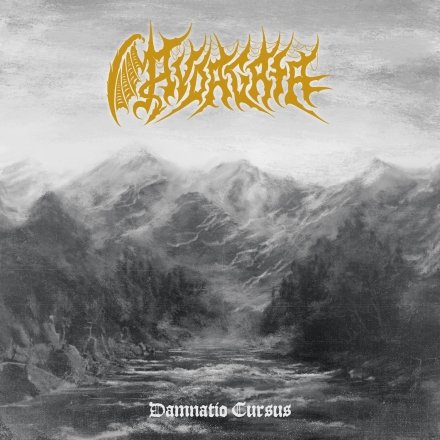 Sometimes within the journalism realm, you get given an album to review from a band you had no idea existed.

What makes it a great day is when the album is fucking fantastic.

AVDAGATA are from Sweden, A new side project from Sebb Drago  (Avsmak, Alvsvart, Sworn, Ungodly Legion) and a superior project at that.

A savage blend of the Swedish death metal sound with the unholiness of black metal. A genre I’ve reviewed before…

Some do it well & some don’t but with AVDAGATA they knock it out of the park.

Comprised of five tracks & coming in just under twenty-one minutes this is a short sharp shock to the senses.

Opening with a track taken from the band’s name “Avdagata” is an exercise of merging two quite furious together in a melting pot & being able to create a soundscape like not many others.

“Av lågor” the third track is my favourite out of the five.

The most driven, still chaotic but has this precision the other tracks don’t.

With the added keys in this song, it shines the black metal light more. Think early Cradle Of Filth & Dimmu Borgir but with a Swedish chainsaw guitar tone edge.

If you’re looking for something that mixes your love for the dark side of death metal & something more than the classic black metal sound this is for you. AVDAGATA could be classed as a blackened death metal band but they are so much more & I beg you to give their debut album a listen & raise those horns!!