“Sold For Sale is a journey of self discovery. It is an exploration, going back through my life to find the deepest meanings and the most impactful moments that have shaped me. I am very excited to share this record with you and hope that you enjoy this expression of my life with me.” – Didirri

Sold for Sale EP includes three tracks delivered to fans early – the sage “Don’t fight with what you’re fighting for”, the driving “Blue Mood Rising” which effortlessly displays Didirri’s vocal prowess and “Raw Stuff”, the track that put him on the world stage for Eurovision: Australia Decides.

“Sold for Sale is all about gratitude” Didirri explains.

“It was written a few miles away from Paradise in California after The terrible fires that happened in 2019. I spent my first Thanksgiving there and I was shocked to see so many people giving thanks for what they had. Despite losing almost everything so many people were getting on with being happy. There will always be something raining on your parade so you may as well start the parade. The chorus is me purely expressing my love for someone. I’m completely sold. Ready to be whatever they need me to be, for sale at the buyers price”.

Contemplating everything from love, to communication, to religion, isolation, his own reflection, and many more classic Didirri thought-provoking musings, ‘Sold for Sale’ is music of heartbreak and hope. It’s music for pondering, it’s music for lovers and overthinkers, it’s music to make you realise you’re not alone.

Written in the shadow of the Californian wildfires, and recorded in isolation in Melbourne as COVID-19 sent the world into lockdown, the EP opens with title track “Sold for Sale”, an exercise in the ultimate of patience and perseverance. Didirri was in his bedroom abutting a busy Brunswick Road, his drummer in Geelong, his guitarist and producer Joe Chiccarelli (Elton John, Beck, The White Stripes) in LA, ensuring the path never quite ran smoothly. Chiccarelli also lent his expertise to the record’s third song: “Loose Belt Drive” while Didirri was in LA – an exploration of being worn-out and disillusioned, influenced by the largess of both the music industry and the church.

The back end of the record is different both sonically and in mood to the first half, presenting a sense of calm as it comes to a close. The isolation of the Johanna house with producer Dann Hume (Tash Sultana, Troye Sivan, Matt Corby)., the acoustic variance of the space itself and the relative confinement of the team the band all living, sleeping, eating and recording together created a nearly claustrophobic sound as the EP journeys from the thick thunderous sound of “The Critic” to the intimate hushed “Strange” with its soft strumming and gentle clarinet.

A prescient track in sound and mood, “Strange” was created before the pandemic began, but eloquently captures the global mood of uncertainty and isolation. “Doesn’t it feel strange, how things around me start to change.”

Three hugely different environments, overshadowed by massive events, brought together into one journey over 7 tracks.

If Didirri’s previously released ‘Measurements’ EP – which sits with 31 + million collective streams – was walking through the dark tunnel of life, the time between releases shows that Didirri has grown as a person, an artist, and as a songwriter. Two years of life and experience, with two more years of stories to tell, ‘Sold for Sale’ holds our hand and gently leads us towards the light.

Didirri‘s new EP ‘Sold For Sale’ is out now via Unified Music Group and Nettwerk Music Group. Click here to order the vinyl. 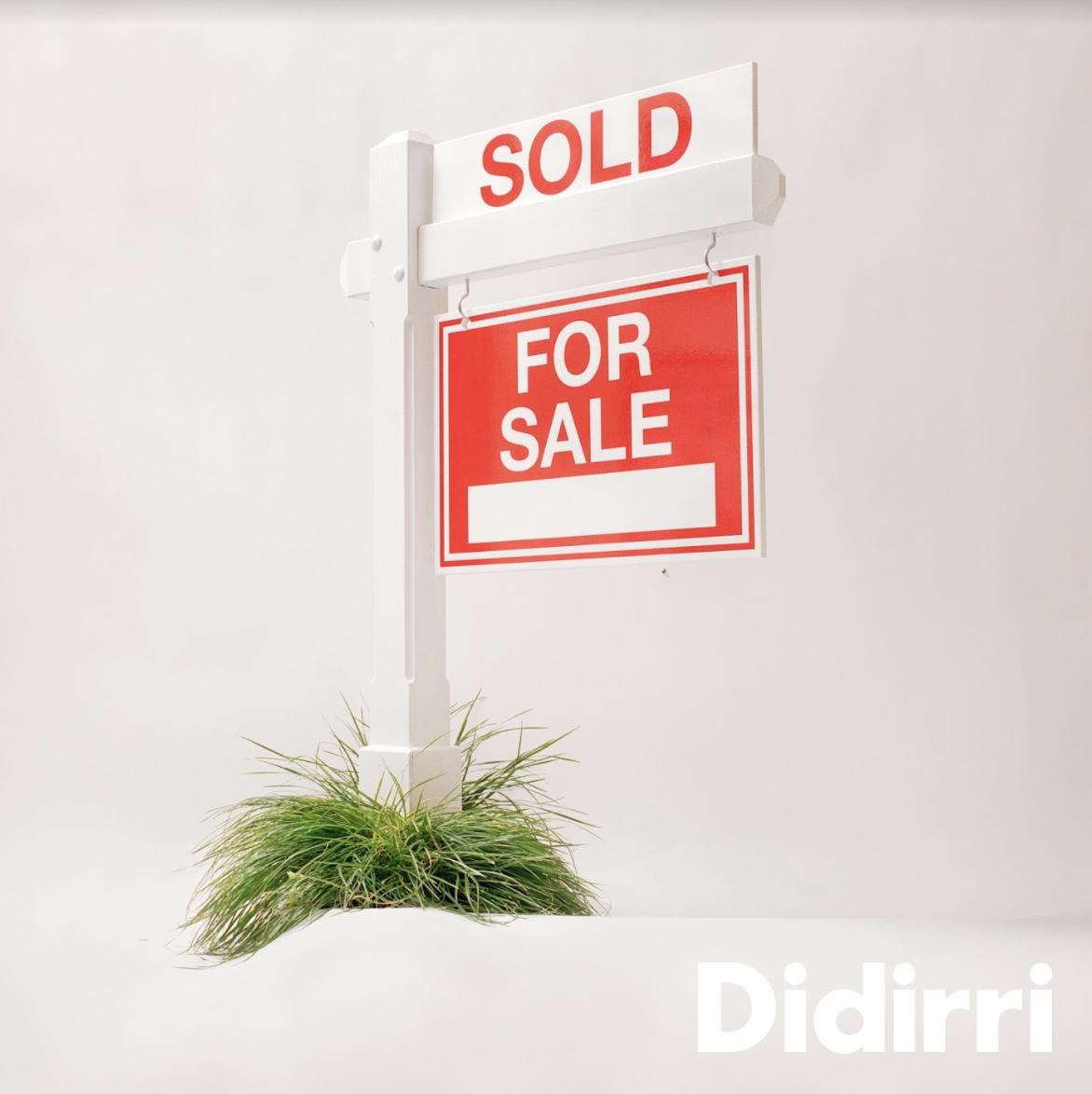