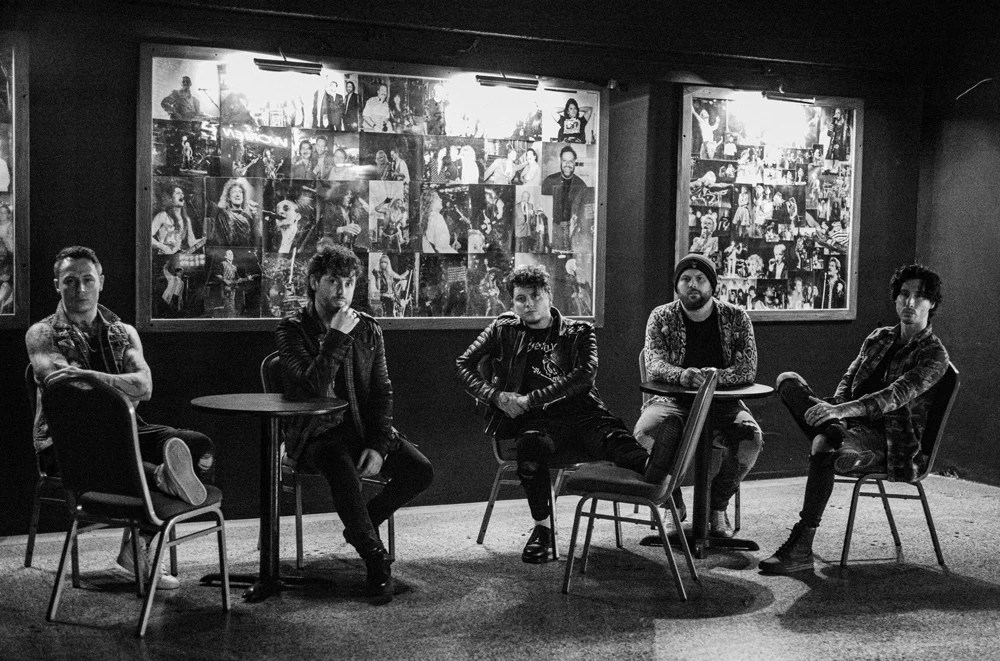 ASKING ALEXANDRIA CONTINUE TO REVEAL“WHAT’S ON THE INSIDE” WITH NEW NEVER GONNA LEARN EP, INSPIRED BY NEW SINGLE 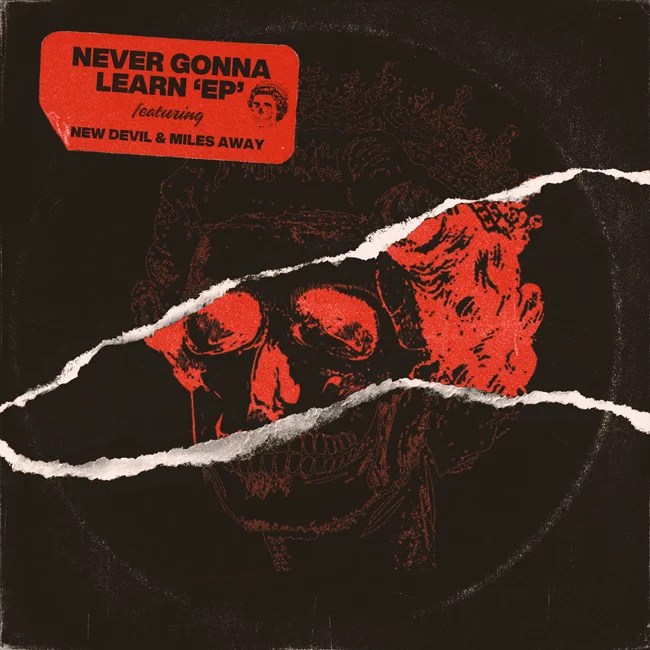 Knotfest: “The band’s second single in “Never Gonna Learn” quickly bolstered the staying power of the album – chronicling the cohesive sessions that fruited See What’s On the Inside and providing fans an intimate glimpse into the band with it’s behind-the-scene vantage point.”

Billboard: “Frenetic on the surface and contemplative beneath it, the 10-song project [See What’s On The Inside] finds the group lyrically grappling with issues of personal identity and redefining its public persona.”

LONDON, UK — JANUARY 21, 2022 — Continuing the musical journey introduced on their fall 2021 album See What’s On The Inside, acclaimed British rock band Asking Alexandria today released a new EP titled Never Gonna Learn via Better Noise Music, titled after the album’s latest single. In addition to the title track, the project features a new collaboration with Maria Brink from In This Moment and additional new music, which continue the band’s renewed energy and drive for creating. See full track listing below. Serving as the second and current single off their latest album, “Never Gonna Learn” and its video, in which the band performs the song in an intimate setting interspersed with polaroid images of the session, received attention from Loudwire, BraveWords, and others upon its release, with many outlets praising the song’s immediate catchiness and declaring it a destined-to-be fan favorite. The EP is available to stream or download across platforms HERE.

The band closed out 2021 by celebrating their first-ever #1 at U.S. active rock radio with hit single “Alone Again,” taken from their seventh full-length studio album See What’s On The Inside. The song had the biggest first streaming day and week in the band’s history, and was a fitting first offering from their latest album, which is a passion project for the band who fell back in love with making music and with being bandmates while writing and recording together in Nashville for the first time in a decade. See What’s On The Inside made a top 10 Spotify debut in both the US and the UK upon release.

As the group is excited to continue connecting with fans on the road in 2022, they’re also eager to share more music, with Ben Bruce stating, “2021 was another strange year for everyone, so we wanted to do something special for our fans and kick the new year off with a bang! We are super excited to release the Never Gonna Learn EP. Instead of just releasing our new single we wanted to give you all something a little extra so we have included two brand new songs on this single EP, one of which we hold near and dear to our hearts, and another that we collaborated with our good friend Maria Brink of In This Moment. To top it all off, we will be going out on our first US headline run since 2018! We cannot wait to see you all soon and we hope you love these new songs as much as we do!”

Maria Brink also commented on her collaboration with the band, “We’ve known Asking Alexandria for years and it’s nice to finally collaborate together.  They are incredibly talented and joining forces with them was a lot of fun. I can’t wait for everyone to hear the song & I’m grateful to be a part of it.”

Never Gonna Learn New Devil (feat. Maria Brink of In This Moment) Find Myself Miles Away

Since 2008, Asking Alexandria have established a world of rock music that is completely their own. Now, over a BILLION cumulative streams and views later, with a new label behind them – the band signed a global deal with Better Noise Music in 2021 – the U.K-based rock group are readying their next chapter.

Composed today of their original line-up – Ben Bruce [guitar, backing vocals], Danny Worsnop [lead vocals], James Cassells [drums], Cameron Liddell [guitar], and Sam Bettley [bass] – the band has arrived at a place of clarity and refreshed sense of artistic purpose. In the early months of 2021, all five members found themselves hunkered down in a house in Franklin, TN, to write and record their new seventh studio album. It was the first time in over a decade that all were together in the same studio. Armed with a new sense of dedication to themselves and to their fans, they went back to their roots and pulled inspiration from some of their earliest influences and musical heroes – Led Zeppelin, Metallica, AC/DC, and Queen. With time to reflect on their journey thus far they began preparing their next steps forward as a band. With no gimmicks or cheap tricks to fall back on and a renewed appetite for writing together, they fell in love again, with music and with each other as band mates.

In the band’s 10+ years as a worldwide touring and recording force, they have achieved unprecedented success earmarked by two gold-certified singles (namely, “Final Episode (Let’s Change The Channel)” and “Not The American Average”) and three consecutive top 10 debuts on the Billboard Top 200—Reckless & Relentless [2011], From Death to Destiny [2013], and The Black [2016]. In addition to headlining packed gigs on five continents, they’ve graced stages alongside Guns N’ Roses, Green Day, Avenged Sevenfold, Alice In Chains, and Slipknot, to name a few. 2017’s self-titled LP Asking Alexandria spawned two of the group’s biggest singles to date: “Alone In A Room” (60 million Spotify streams) and “Into the Fire” (50 million Spotify streams).  And most recently, they saw critical acclaim with their 2020 sixth full-length studio album Like A House On Fire.

The result of this reflection and renewed creative energy is the band’s most cohesive and self-assured record to date. The project’s first single, the poignantly powerful, guitar-driven “Alone Again” was written by the entire band and is a fitting first offering of the sonic journey on which the world is about to join them. But beyond its moving lyrics and soaring melodies, it is a rally cry and a statement of a group of artists who are here to stay and ready more than ever to be heard. The track is now out-streaming their biggest hit, “Alone In A Room.”