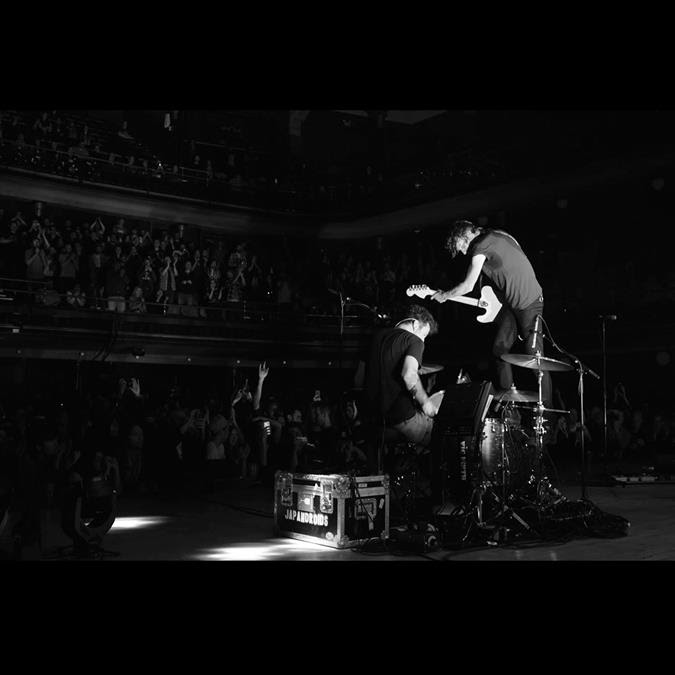 “Japandroids has become something of a unicorn in today’s landscape …
a vibrant, self-sufficient guitar-led band that keeps growing its audience without making sacrifices, aesthetic or otherwise.” – The New York Times

“It’s clear that Japandroids’ world has expanded beyond one another …
The result remains thrilling, but it’s a different kind of excitement — with lower peaks but a wider base” – Billboard

Vancouver duo Japandroids are releasing their first-ever live album today, reverently titled Massey Fucking Hall after the historic Toronto venue where it was recorded. Now available digitally, it will be released on vinyl on October 2. The album’s 12 tracks include live versions of songs from all three of the band’s critically acclaimed studio albums. Listen and watch their Massey Hall performance of the 2009 song “Heart Sweats” HERE.

“We’ve actually recorded a number of shows over the years, and for one reason or another, they just didn’t turn out,” drummer David Prowse explained. “We both like where this show catches us. We are at a bit of a crossroads in some ways between the band that put out Post-Nothing back in 2009 and where we are going. This setlist captures the first three albums really well and shows how much we’ve changed since those Post-Nothingdays. We still have the energy but we have better command of our instruments and our voices. It feels a little less off the rails but still has a ton of momentum.”

Massey Hall is a celebrated Toronto venue that originally opened in 1894. With a capacity of nearly 3,000, the theater has hosted historic performances from fellow Canadian artists Oscar Peterson and The Tragically Hip. Landmark live albums by Neil Young and Rush were also recorded on its stage. A band known for their kinetic live shows and rigorous international touring schedule, Japandroids hope releasing their first-ever live album during this global pandemic can be a healing balm for their fans.

“I really, really miss live shows,” Prowse admits. “I miss playing them and I miss being in the crowd. When you love music, there are few things more uplifting and cathartic than being in a room full of people at a live show. To not have that opportunity to experience live music together with a group of people has been hard to adjust to. It’s disorienting and it makes me sad to think about it. I hope that maybe in some small way people who are feeling similarly can find some solace in this record. They can hear the crowd and listen to us having the time of our lives at a historic venue and maybe that makes life a little easier for a minute, and reminds them that those moments will happen again down the road.” 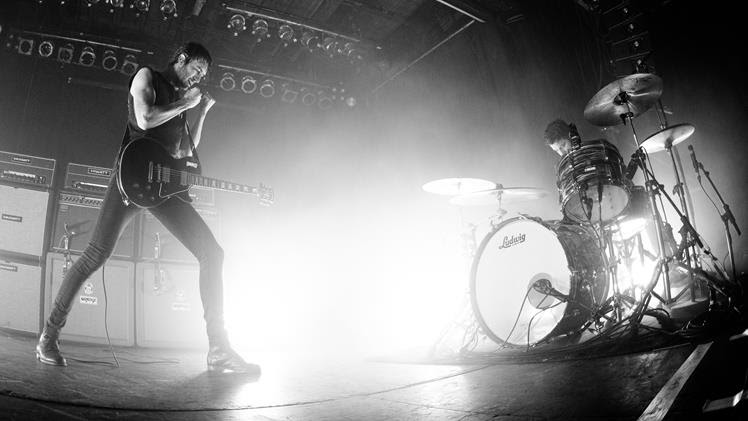 1. Near To The Wild Heart Of Life
2. Fire’s Highway
3. Heart Sweats
4. Arc Of Bar
5. Younger Us
6. North East South West
7. The Nights of Wine And Roses
8. No Known Drink Or Drug
9. Continuous Thunder
10. Young Hearts Spark Fire
11. Sovereignty
12. The House That Heaven Built