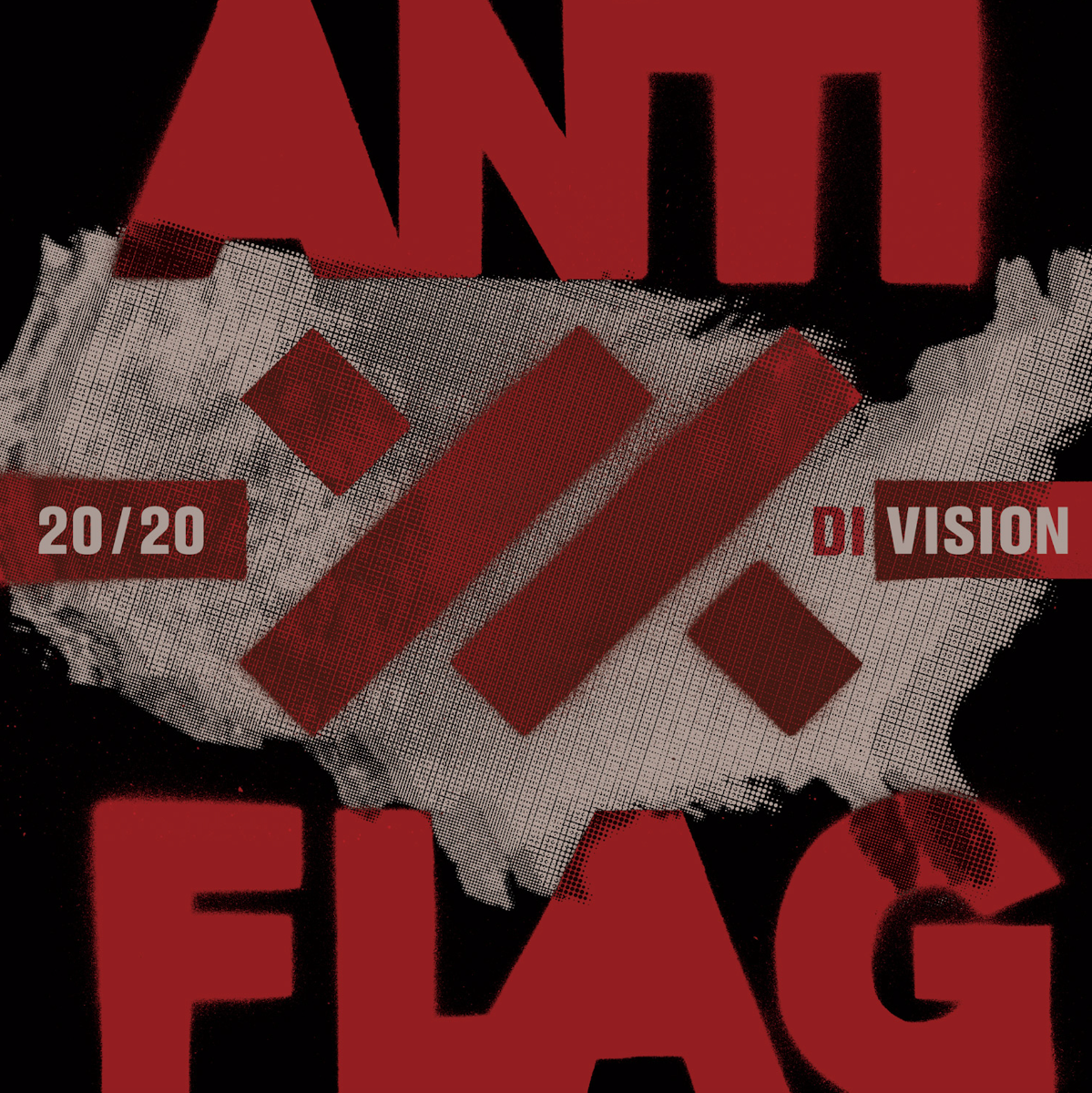 RELEASE SERVES AS DELUXE VERSION OF LATEST ALBUM 20/20 VISION BEYOND THE BARRICADES: THE STORY OF ANTI-FLAG DOCUMENTARY DIGITALLY AVAILABLE NOW + ARRIVES ON DVD ON NOVEMBER 6ANTI-FLAG released their twelfth album 20/20 Vision in January 2020 via Spinefarm Records. The band has just issued the digital-only, deluxe version of that album, titled 20/20 Division. It features five new songs and is available here.”To say this year hasn’t gone according to plan for anyone may be one of the greatest understatements of all time,” the band states. “But through it all, the sadness that overwhelms in the world during a global pandemic, the constant pain American justice systems deliver on a daily basis, and the fear that comes along with watching our planet squeezed like a lemon for profit, we must actively choose optimism over cynicism.”The band furthers, “It’s hard. It takes work. But if you look for it, hope is still there. In the face of neo-fascism, relentless police murder, the still-burning forests, people are becoming activated, taking note of those who perpetuate this pain, and standing on the side of freedom. This record was a warning of the path we were on — but with an underlining hope that this all could change. In an effort to continue to be a member of the countless activists, artists, and communities calling for social, racial, gender, economic, and environmental justice, we wanted to refresh our conversation with 20/20 Division and these five new songs.”Anti-Flag finish, “With the election looming, we have to remain vigilant. Voting is only a VERY SMALL act that we can participate in to reduce harm. But when partnered with strikes, boycotts, protests, and more, this is how WE WILL win and the soundtrack to it all just got a little larger.”

20/20 DIVISION TRACK LISTING:
“Hate Conquers All”
“It Went Off Like a Bomb”
“20/20 Vision”
“Christian Nationalist”
“Don’t Let The Bastards Get You Down”
“Unbreakable”
“The Disease”
“A Nation Sleeps”
“You Make Me Sick”
“Un-American”
“Resistance Frequencies”
“Born to Run”
“Concrete Breeds Apathy”
“No Allegiance to a Flag”
“No One Can Save Yourself But You”

“Fight Like Hell”In other Anti-Flag news, the band’s Beyond the Barricades: The Story of Anti-Flag documentary is available now via Vimeo and Amazon. The DVD version arrives November 6. Get it here.The film tells the story of political punk band Anti-Flag by diving into the world of punk rock and activism. It sheds light on the trials and tribulations of playing politically charged music for over 25 years. It’s also an inspiring look at a group of musicians dedicating their lives to fighting for human rights through their songs and outreach. With their endless drive to help others, they put empathy over apathy and fight cynicism with optimism but find that things could go tragically wrong at any moment. The film features interviews with the band and contemporaries such as Tom Morello (Rage Against the Machine), Billy Bragg, Tim McIlrath (Rise Against), Brian Baker (Bad Religion), Chris Cresswell (The Flatliners, Hot Water Music), Tom May and Greg Barnett (The Menzingers), and many more help tell the story of a band whose drive to spread their message is truly unstoppable.”It’s hard to sum up the life of a band in an hour and a half,” says frontmanJustin Sane. “We started Anti-Flag out of a passion for punk rock with the belief that punk music had the power to change people’s lives and have a positive impact on the world. With this documentary, we hope people will see that while life may not be as straightforward as that idealistic philosophy, it isn’t so far from the truth, either. Regardless of what others take from this film, for us, the experience of looking back on the history of Anti-Flag — sometimes good, sometimes bad, and sometimes unbelievable — leaves us grateful to have had the opportunity to live a very rare and at times extraordinary life as part of this punk rock band.”ANTI-FLAG ARE:Justin Sane – Lead Vocals/Lead Guitar
Chris#2 (Chris Barker) – Bass/Backing Vocals
Chris Head – Rhythm Guitar/Backing Vocals
Pat Thetic – Drums/Percussion