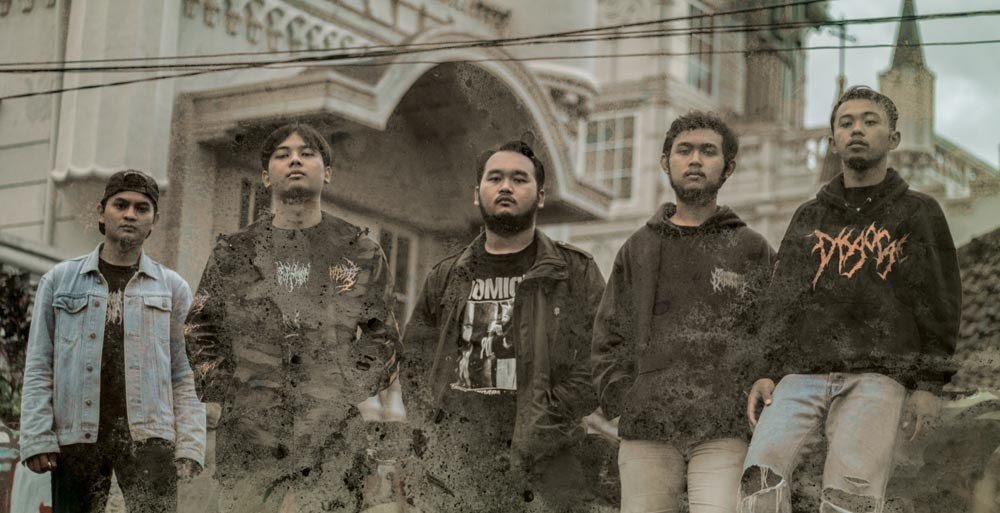 From Yogyakarta in Indonesia, a country known throughout the metal world for its array of bands addicted to the rush of savagery and brutish violence, comes Anthropophagus Depravity – a band whose music is steeped in blood and terror beyond all hope of redemption. Their debut album is a gory tale of human sacrifice and mutilation delivered with fearsome musical prowess and ruthless, relentless force. Spawned from nightmares, Apocalypto is upon us…

Since forming in 2016 Anthropophagus Depravity have made rapid progress through the ranks of the Indonesian underground, establishing themselves as one of the most potent forces in the scene’s many heavy artillery battalions – and with Apocalypto they have delivered an album that will secure their place at the top table of brutal death metal. This record radiates fear and panic, it reeks of the cold sweat of bad dreams and each track seethes with wicked cruelty and ignites into lung-burning explosions of vehement ferocity. The combination of terrifying atmosphere and merciless musical muscle borders on the suffocating and panic-inducing. All consuming tracks like ‘Escape From The Dead Lands’ and ‘Temple Of Sacrifice’ make Apocalypto one of the most effective and exciting brutal death metal releases you’ll hear this year.

Like a predator sniffing blood, Comatose Music homed in on Anthropophagus Depravity last year and secured their collective signature – truly a marriage made in the deepest caverns of Xibalba! July 2nd is the date decreed for the release of Apocalyto, so prepare yourself for hymns of sacrificial slaughter, visions of death and pulverising death metal power. Terror such as you have never known awaits!

The first video from Apocalypto is being launched at No Clean Singing and you can see the special feature on ‘Temple Of Sacrifice‘ here:
https://www.nocleansinging.com/2021/05/12/an-ncs-premiere-anthropophagus-depravity-temple-of-sacrifice/