LONDON, UK. – (5th March, 2021) – Revered songwriter and INXS founding member Andrew Farriss is set to release his debut self-titled solo album on March 19th 2021, available to pre-order now via iTunes / Amazon. The outlaw-inspired country release has been a passion project for more than a decade, and sees the artist setting his feet firmly in a music direction that is all about the storytelling. To coincide with the album, Farriss is releasing a new single & video, ‘Run Baby Run‘, a track that combines old-time reverie with an outlaw country sentiment. Watch the video here. 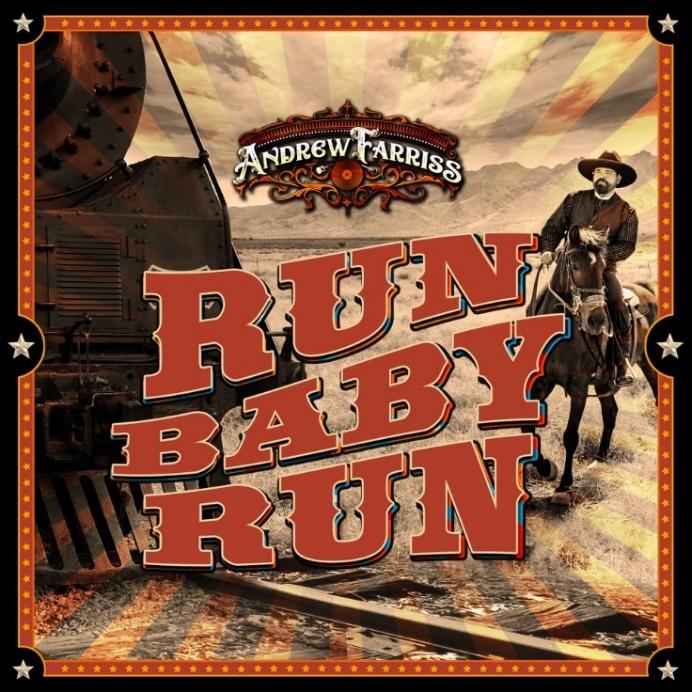 Co-written with Bruce Wallace and Phil Barton in Nashville, ‘Run Baby Run’ embodies the feeling of freedom, and the concept of getting away from it all. “The idea that you can just run, you can ride your horse, you can get into your car, or you can drive off down the highway,” says Andrew. “It is a feel good kind of song. The idea of the song is about being liberated, you always want to feel like you are young, and may the young forever run free.”

The video for ‘Run Baby Run’ was filmed near Gympie, in the Amamoor State Forest and National Park in Queensland, Australia. The clip features the historic Mary Valley Rattler, a heritage steam locomotive. Vibrantly vivid with circus performers and vaudeville characters, it showcases the story of a heroine in trouble. For Farriss, this reflects the importance of storytelling in the songwriting process for ‘Run Baby Run’.

Early on, Andrew was particularly moved by the thought process of ‘movers and shakers’ and wanted to carve a story around this concept. “There are some people who are happy to fly under the radar,” he says. “And there are some people who want to be movers and shakers in the world. If you are going to be a mover and shaker, you have to run baby run. I knew those two phrases, I had to have in a song. I like the second verse in particular. Singing a song for the lost and disillusioned in the world! People want to feel like they have a purpose, why we are here, we have a good code to live by and that is what the song is all about.”

When it came to recording ‘Run Baby Run’, he hand-picked some of the best players in Nashville to join him on the song. Recorded with Larry Beaird at his studios, the track features Eddie Bayers (drums), Jimmy Nicols (keyboards), Eli Beaird (bass), Justin Ostrander (electric guitar) and Justin Schipper (pedal steel). Like many of the songs recorded for his debut release, the song fell into place in the studio, as the musicians and Andrew laid all the instrumentation down live.

‘Run Baby Run’ is the third single from Farriss’ self-title forthcoming solo album. His previous singles – ‘Good Momma Bad‘, released at the start of 2020, and ‘Come Midnight‘, released in 2019 – have already garnered strong radio support worldwide. The solo album was originally slated for release in March 2020, however, it was put on hold due to COVID-19. Never one to stop working, Andrew instead released his EP Love Makes The World, which spawned two hit singles, the title track and the empathetic ‘All The Stars Are Mine’.

After being asked so many times what people can expect from his solo music, he decided to record a live concert with his band and put it up on his Facebook and YouTube channel. Recorded at Studio 301 in Sydney late last year, when lockdowns in Australia meant touring was off the cards, the concert features the songs from Love Makes The World, and is the perfect introduction to his solo work.

“I recorded the live EP set to give people an idea of what I am doing musically,” says Andrew. “The EP set is a little more diverse than the tracks on the album, but it is a good introduction into what is coming on March 19th when we release the album. Because of the pandemic regulations we were unable to have an audience for the concert recording, but now that it is up on my Facebook and YouTube, everyone watching will become the audience for my first solo live concert. I hope you enjoy it.” Watch here.