AN EVENING WITH KASABIAN FRONT MAN 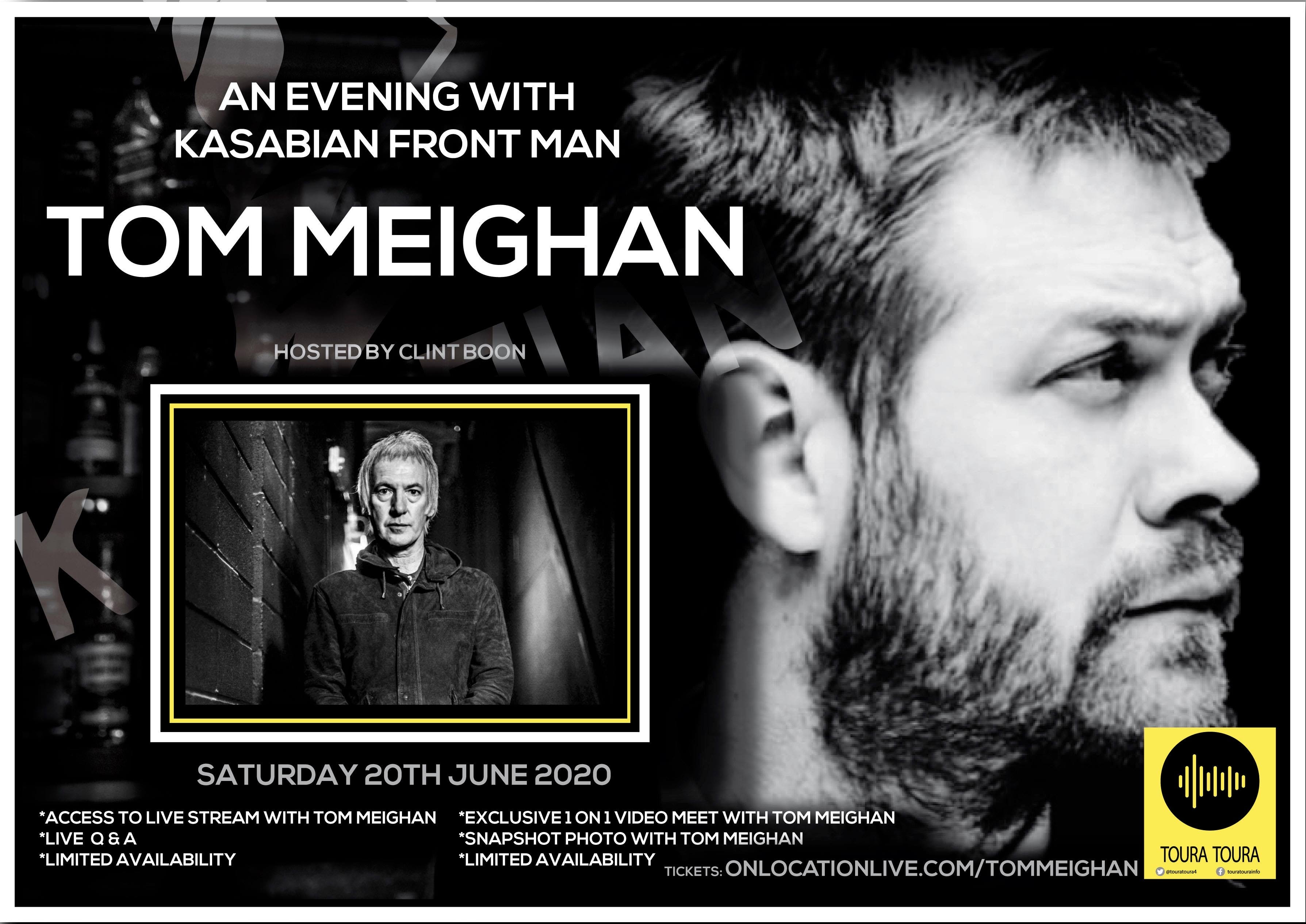 On the evening that Kasabian were due to play their only UK show of 2020 at Leicester’s Victoria Park, Saturday 20th June, Toura Toura Ltd are pleased to announce that frontman Tom Meighan will be holding a live Q&A hosted by legendary DJ and radio presenter,Clint Boon.

Limited tickets are on sale now, and offer the opportunity to access the live stream and ask Tom your own questions; as well as a one-on-one video meet and greet with Tom and a chance to take a snapshot photo with the Kasabian frontman.

An Evening with Tom Meighan:

Kasabian formed in Leicester, England in 1997, spending their early years performing local shows and recording demos. They released their first official single “Processed Beats” in 2003, and in 2004 they skyrocketed to success with their self-titled debut album. Propelled by Top 20 singles like “Club Foot” and “L.S.F. (Lost Souls Forever)”, the album peaked at No. 4 on the UK Albums Chart, earning stellar reviews and making them critical darlings both at home and abroad. After extensive touring, the band released their 2006 sophomore album Empire to a No. 1 spot on the British charts. Since then they’ve topped the UK Albums Chart with three more albums, won NME’s Best Live Act award, and been named “Best Group” at the 2010 Brit Awards. Kasabian continued their reign in 2014 with the release of their chart-topping fifth album 48:13, thrilling fans with another high-octane tour in support of the record.

Clint Boon, is the Inspiral Carpets’ keyboard player/vocalist/songwriter who’s more recently recognised through his work as a radio presenter on XFM Manchester, where he’s been since its launch in 2006. Clint has presented well over 2000 shows for the station. He currently presents Xfm Manchester’s hugely successful drive time show five days a week. Believe it or not, 2015 marks Clint’s 40th year as a DJ. He set up a mobile disco business in 1975 at the age of 15. He’s pretty much DJ’d ever since.

For the last 20 years, Clint has carved out a successful career as one of the UK’s most sought after club DJs. His weekly Saturday night at Manchester’s South Nightclub is now in its fifteenth year, the longest running weekly club night residency in the city. He also DJs around the UK and internationally.