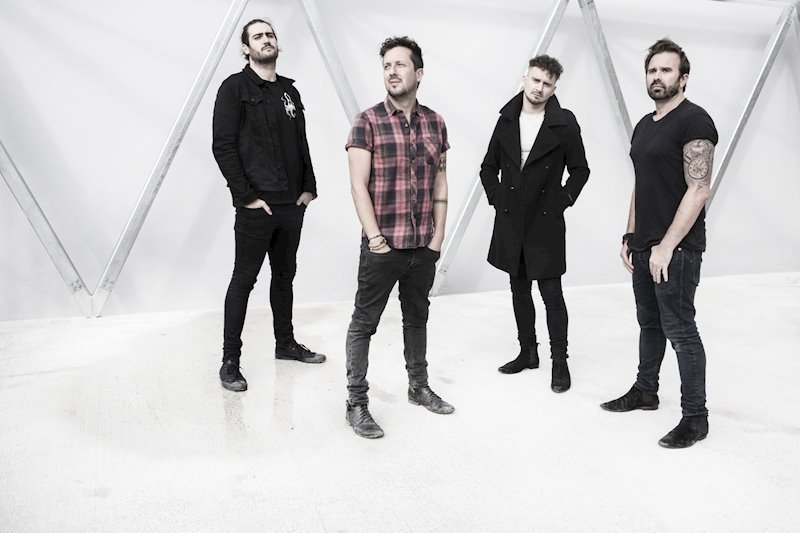 Brit modern rockers AMONGST LIARS have delivered their immense new single, Kill The Tide. The edgy foursome have also just unleashed the music video for the track, here – https://youtu.be/5BmY_-o1qI4

Described as ‘an anthem of rebirth’, Kill The Tide is a re-working of the very first song the band wrote together in late 2019. The track was never released, but it relays the story of the formation of the band, and the determination of a group of musicians to dig deep and come back even stronger. Coupled with B-side, Crucify, the new single follows a hugely impressive run of five singles the Sussex riff stewards have released during the pandemic – new music that has garnered wide-ranging praise for its modernity, invention and fearlessness to tackle big political and wellbeing issues.

With full-blooded support from Kerrang Radio’s Johnny Doom, as well as having firm backing from Moshville, BBC Introducing and Great Music Stories, AMONGST LIARS have now cemented their position as playlist regulars on national and local radio with their lockdown singles: ‘Over and Over’, ‘Wolf Machine’, ‘Burn The Vision‘ , ‘Mind’ and ‘Black Days’ acquiring over 160k Spotify streams.

Kill the Tide precludes the band’s self-titled debut album, which was produced by David Radahd-Jones (Heaven’s Basement, The Fallen State, Death Blooms), and lands in the Spring of 2022. The single once again highlights the band’s genuine innovation and dynamism. Lead singer, Ian George, elaborates about the track and its inception: “Our new single has its genesis in our beginnings, yet it also marks a new chapter for the band. Despite the enormous challenges during lockdown, we used the time to focus on our song writing and to issue new material regularly. During this process, we found our sound, we pushed ourselves, and we grew as songwriters. ‘Kill the Tide’ marks that evolution.”

Now with live music making a triumphant return, AMONGST LIARS head out on tour this November backed by a string of special guests. Tickets for shows can be obtained via – https://linktr.ee/amongstliarsontour