included on
EVERYTHING IS FINE
debut full-length album
produced by Ross Robinson
OUT NOW
(Regime Inc / Membran)
Having just completed his first-ever UK/RoI and mainland European tour, which was acclaimed by
many who witnessed one of his shows as among the best they had seen in years, Amigo The Devil
has returned with new single ‘If I’m Crazy’. Taken from ‘Everything Is Fine,’ his debut full-length
album released in 2019, the song is an ode to self-destructive behaviors that fuel toxic relationships
as Amigo lays down a bed of intense guitar tones over pounding drums. Its video documents the
daily insanity of life on the road during one of Amigo The Devil’s recent US tours and includes some
hidden meanings and a storyline that is personal to Amigo, and for now he chooses not to share.
”No matter how long the drives feel, how sleepless the nights are or how many times we’re desperate
to be home for even just a week…for an hour every night it all goes away,” states Amigo. “The family
we’ve become, together in that room, at that moment, makes the other 23 hours spent preparing
for it worth every second.”
Amigo The Devil (born Danny Kiranos) captivates listeners with his ability to make otherwise
grisly lyrical content, such as serial killers and death, seem easygoing. If you have ever been to an
Amigo The Devil show, you can probably imagine hearing a crowd of people merrily and carefreely
chanting alongside him as he sings, “If I’m crazy, I’m crazy for you.”
Amigo The Devil creates energy and turns audiences into participants of their own awakenings
as they sing along to songs written for them. The Austin, Texas-based songwriter pens the lyrics
that everyone thinks but are too timid to say. Attending an Amigo The Devil show is intense,
creates relief and euphoria among crowds with the infectious and emotional depth associated with
not only the writing, but also the surreal and prophetic performance of a single man and his banjo.
The Fellowship, as fans collectively refer to themselves, continues to grow with each show and
each new record. Amigo the Devil has released two successful collections: ‘Volume I’, which is full
of fan favourites from the earlier days of his project, and the breakout debut full length record
‘Everything is Fine’, which was produced by Ross Robinson and helped spring Amigo onto the
festival circuit. Now the continued connection with audiences and unique, empathic lyrics carry him
into the hearts of more and more fans. There is hope in the volatile, peace in the macabre, light not
just inside the tunnel but all around, and Amigo The Devil is here to tell us how.
Amigo The Devil is already back on the road again in the US with Murder By Death throughout the
remainder of March to celebrate that cult band’s 20th anniversary. 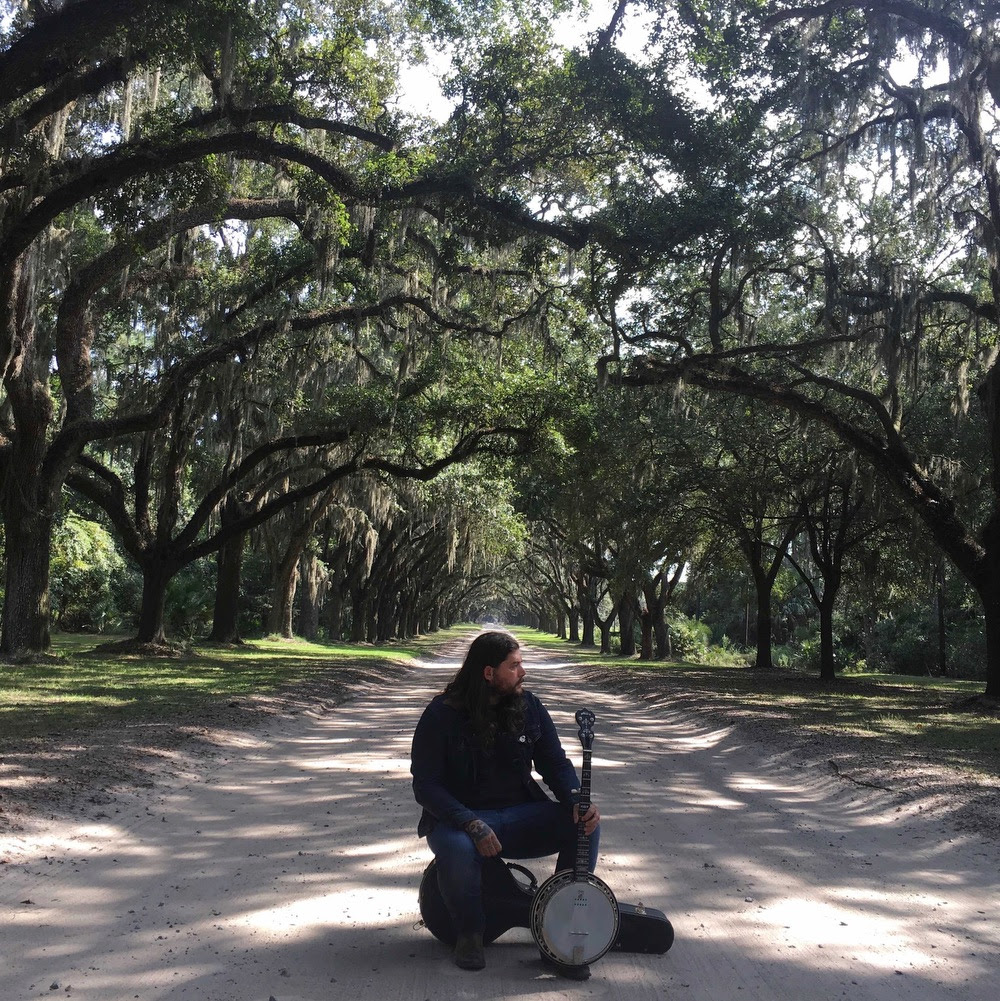