07.12.18  LONDON Borderline
08.12.18  NOTTINGHAM Bodega Social
09.12.18  NEWCASTLE Think Tank
11.12.18  GLASGOW Stereo
12.12.18  MANCHESTER Deaf Institute
13.12.18  BRISTOL Thekla
14.12.18  LONDON Oslo
A key figure in the US ‘Murder Folk’ scene that also includes contemporaries such as The Devil Makes
Three and The Dead South, the music of singer-songwriter Amigo The Devil is a unique blend of Folk
that also incorporates elements of Southern Gothic, Country and Bluegrass. Initially influenced by the
likes of Tom Waits, Nick Cave and Godspeed! You Black Emperor, the artist born as Danny Kiranos
has a recognised sound that carries traces of US artists such as Americana string band Old Crow
Medicine Show and singer-songwriters William Elliott Whitmore and Josh T Pearson, allied with direct,
often morbid lyrics shot through with a dark sense of humour.
Following a number of well received single and EP releases, the debut album by Amigo The Devil,
entitled ‘Everything Is Fine’, has been produced by Ross Robinson, renowned for his work with major
league hard rock/metal acts (Korn, Limp Bizkit, Slipknot) but here bringing a warmth and presence to a
musically varied set of songs that reveal more with each play.
A first taste of ‘Everything Is Fine’ has just been made available in the shape of the confessional ballad
‘Cocaine And Abel’, which has stunned all who have heard it. Finger-picked acoustic guitar, piano and
a sympathetic, sparing string arrangement underpin a song described by the Everything Is Noise site
as “a contrite and regretful man bares his soul by recounting his bad decisions, evil acts, self-doubt and
fears. It’s one of the most powerful songs that I have heard all year.”
The first radio single from the album, ‘Everyone Gets Left Behind’, is a propulsive rabble-rousing tune
of which Kiranos states: “the core of the song is easy – growing up was a mistake. I wanted it to be a
modern day ‘memento mori’ type deal where everyone should remember their mortality, their youth,
their whatever the middle part is. Tracking this song in itself was such a blast that I almost forgot what
a grumpy bastard I can be sometimes.” The song is one of several on the album to feature Brad Wilk,
the drummer, actor and activist well known for his tenure in Rage Against The Machine, Audioslave and
(currently) Prophets Of Rage.
As for working with Robinson and Wilk, Kiranos explains that “Ross allowed me to become and guided
me towards being the best vessel I could be to filter these stories through. We sat there and accepted
what wanted to come through, what wanted to be heard. It was the first process of recording that ever
made complete sense with absolutely no filter or veil to compensate for the sounds. Recording in a
studio untouched since the 70’s with all the original gear, straight to tape. Everything, recording, mixing,
mastering, to tape! It was absolute and pure brutal honesty, what I’ve been trying to achieve since the
start of this thing. Then Brad added his pulse to it and it felt like together we had given life to these
stories that otherwise are sounds and lyrics filling space. Everyone involved dove head first into a pool
without water for this one and I’m unbelievably grateful to be in there with them.”
Elaborating further, he says: “I got my start in heavy music playing in and listening to the genre across
the board; from grind to noise, thrash, hardcore…if it was heavy I was happy. Even my first tours as
Amigo The Devil were with heavy bands and hopping onto festivals. Metal, in general, has always been
a kind genre to me and a huge inspiration for this project in general so when I got offered the chance to
work with someone that revolutionised it time and time again, it was a no brainer. I wanted fire on this
record and I wanted someone who wasn’t scared to burn the whole fucking thing down just to get a little
spark. A lot of people miss the fact that a lot of the heaviest music out there isn’t because of the tones or
tempo, it’s because of the truth and rage behind it. Ross knows how to get that out of people.”
Kiranos has amassed a sizeable following in the UK and will tour for the first time as Amigo The Devil
in December. Despite being armed with only his voice and a banjo/acoustic guitar, his live show is a
world away from what might be expected of a typical ‘folk’ show. Loaded with sing-alongs and a heavy
dose of humour, the set helps to make otherwise grim topics accessible for fans of all genres. If you
happen to hear a roomful of people yelling ‘I hope your husband dies’ in some harmoniously sloppy
drunken unison, then you have probably stumbled into an Amigo The Devil show. 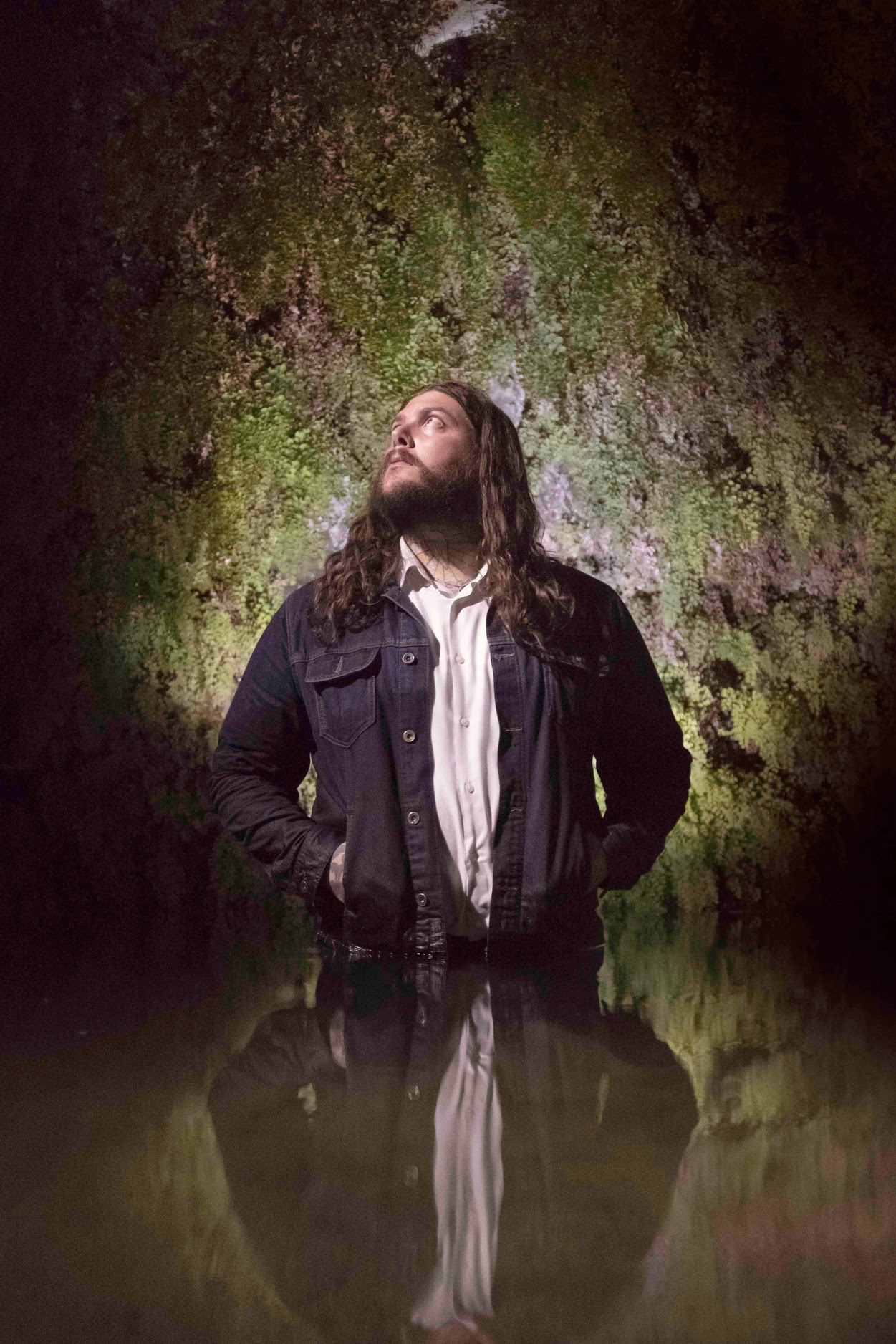