Filmed between London and Tennessee, the unique video drops following a CMT premiere, ahead of Bonagura’s return to the UK in August 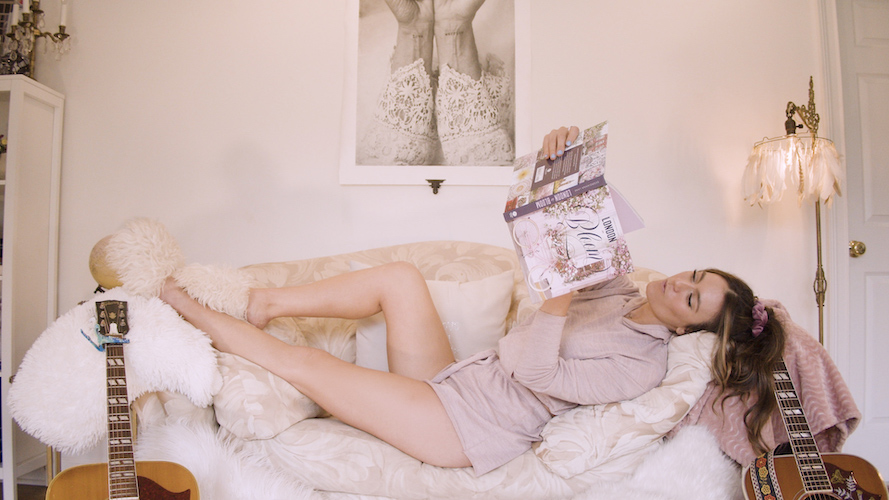 NASHVILLE, TN. / LONDON, U.K. – (28 June, 2022) – Critically acclaimed singer-songwriter Alyssa Bonagura has shared the official music video for her latest release ‘Other Side Of The World.’ The video, which premiered on CMT last week, is available to view here.

The video was conceptualised, directed, produced and edited by Bonagura – who took a video editing course while studying music technology at The Liverpool Institute for Performing Arts (LIPA) – and was filmed between London and her hometown of Franklin, Tennessee, collaborating with a local producer in each city; Dan Wharton in London, and Sean Colin Kennedy in Franklin.

Speaking on the concept for the video, which was heavily inspired by a love of British-American romantic comedies and a dose of personal experience, Alyssa shared, “I’ve always had a love for London and I’ve always split my time between Nashville and London. I wanted to capture the love I have for the two places in this video by telling a sweet and innocent romantic long distance love story of two people missing each other, and falling in love virtually over FaceTime and hoping someday they would be together.”

Playing Bonagura’s love interest in the video is rising British actor, Steve Shirley, who has appeared in Hollyoaks, ITV’s Breaking The Band, and the upcoming feature film, ‘Clock’, which is premiering on the opening night of the I Will Tell International Film Festival in London.

Bonagura will be making a welcome return to the UK’s festival scene this summer, where she is playing Millport Festival in Scotland on the 19th and 20th August, following a Nashville Sounds In The Round performance at the Birmingham Symphony Hall on the 17th August.

The release of ‘Other Side Of The World’ in April followed on the back of Alyssa’s latest solo projects, ‘Paper Airplane’ (Feb 2022), ‘Last Night In December’ (Dec 2021) and ‘New Wings’ (July 2021). More new music is expected in the months to come.

ABOUT ALYSSA BONAGURA:
A songwriter, producer, and multi-instrumentalist, Alyssa Bonagura has spent the past decade fine-tuning a sound that reaches far beyond her Nashville roots. It’s a sound that blurs the boundaries between genres, mixing the southern storytelling of country music, the free-thinking spirit of rock & roll, and the cinematic sweep of Brit-pop into its own hybrid. For Alyssa — a lifelong road warrior who spent her infancy aboard a tour bus, recorded a duet with Kenny Rogers at 10 years old, received her college diploma from Sir Paul McCartney, and currently balances her critically-acclaimed solo career with an ongoing gig writing songs for Jessie James Decker, Aerosmith frontman Steven Tyler, and others — it’s also a sound that’s every bit as diverse as her own story.

Alyssa’s latest solo projects mark her first releases post her collaboration in The Sisterhood Band, which took her across the world touring two successful Sony Music EP releases, with performances at the iconic Grand Ole Opry, main support for Rod Stewart on his UK & Ireland stadium tour, and a sold-out UK headline tour, along with numerous major festival appearances.