“THE SON OF HANNAH” VIDEO 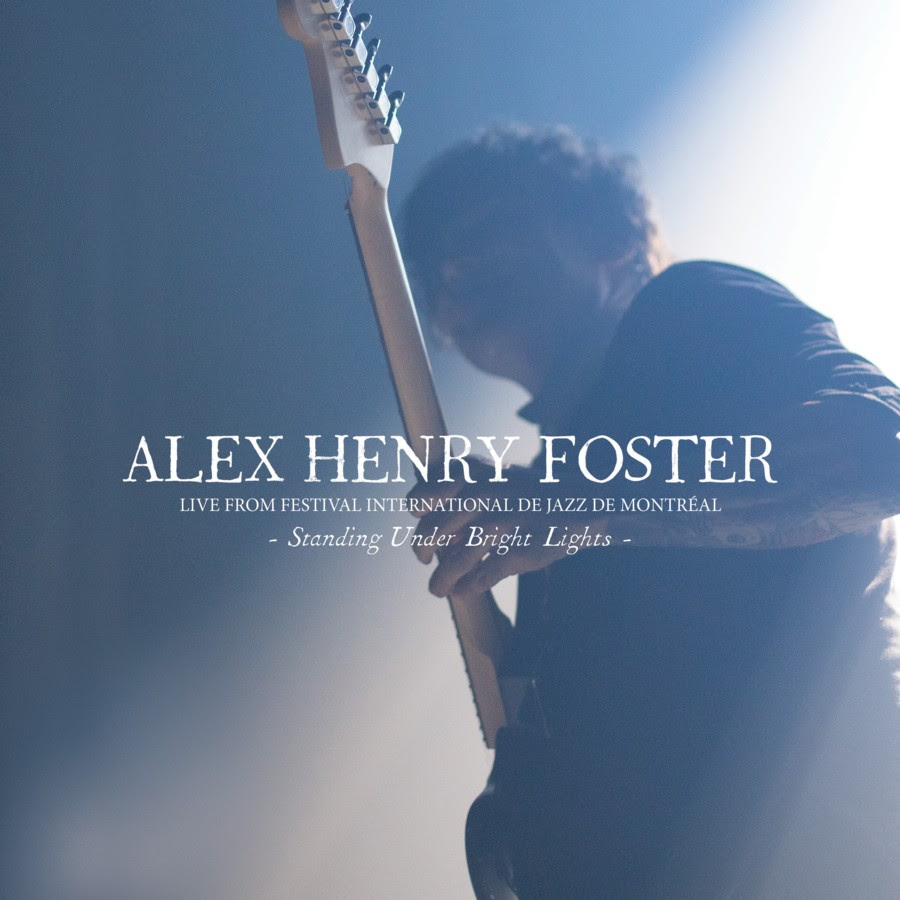 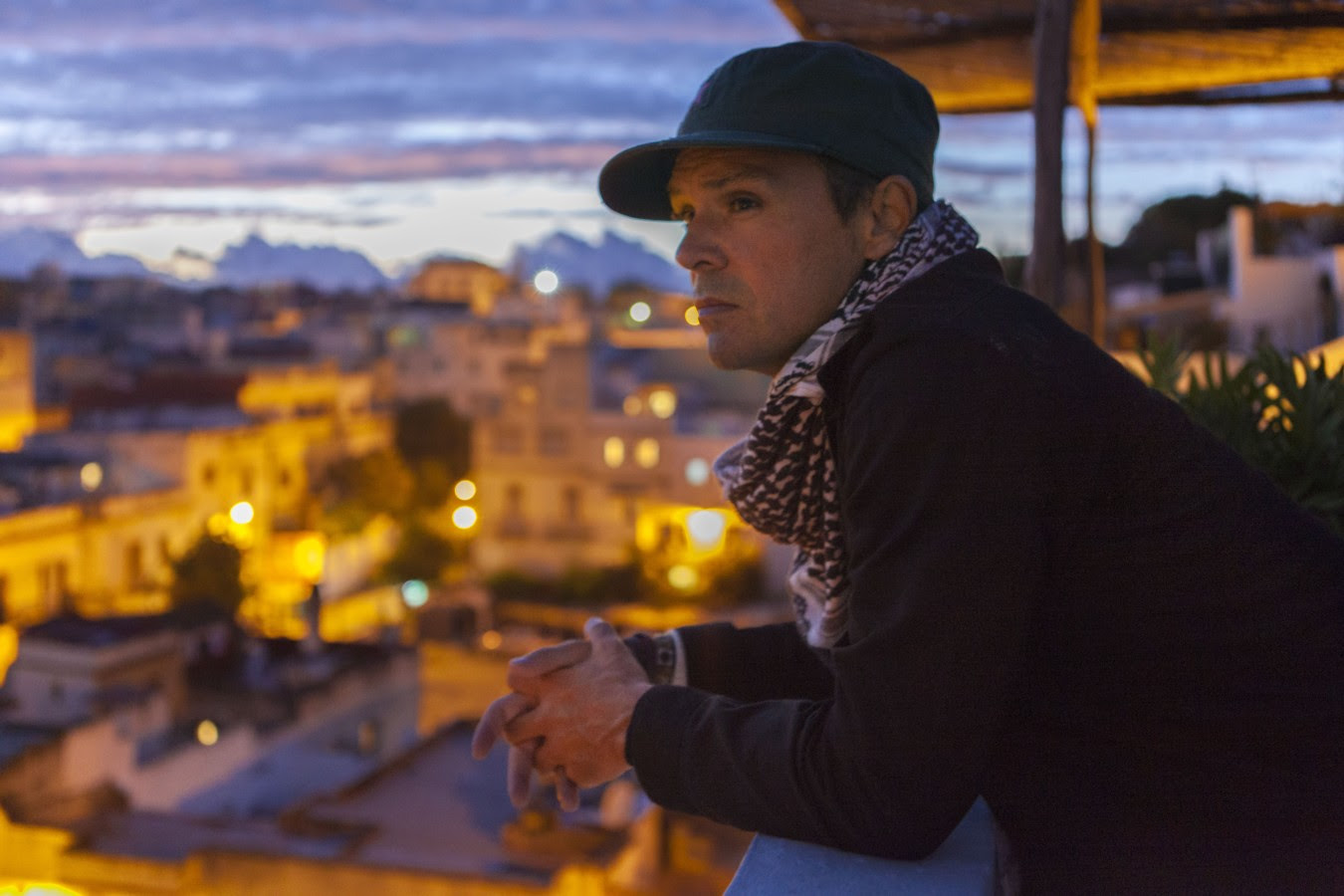 Alternative phenom Alex Henry Foster (AHF) releases today (Feb. 12) the first video, “The Son of Hannah,” from his live triple-vinyl / double-CD and concert film Standing Under Bright Lights that is set to release April 16 and is available to preorder now from Hopeful Tragedy Records.

Premiered yesterday by both BrooklynVegan and Prog Magazine, “The Son of Hannah” video was recorded live in front of a sold out Club Soda (July 2019) while AHF headlined the Montreal International Jazz Festival. The concert was named one of the top five events not to be missed by Canada’s national TV/Radio broadcaster CBC.

Premiering the Standing Under Bright Lights lead single last week, American Songwriter reveals that “‘The Son of Hannah’ is an intimate reflection on keeping faith in moments of great despair…Propelled by a deeper turmoil, Foster maneuvers from his delicately sinister oration into something more captivatingly honest, and raw, sorely declaring He left me with nothing / No words, no direction to set myself in / But he gave me everything I’ve ever needed…Taught me to feed a spirit of my own / To carry my voice beyond morning views / And to leave the past behind.” 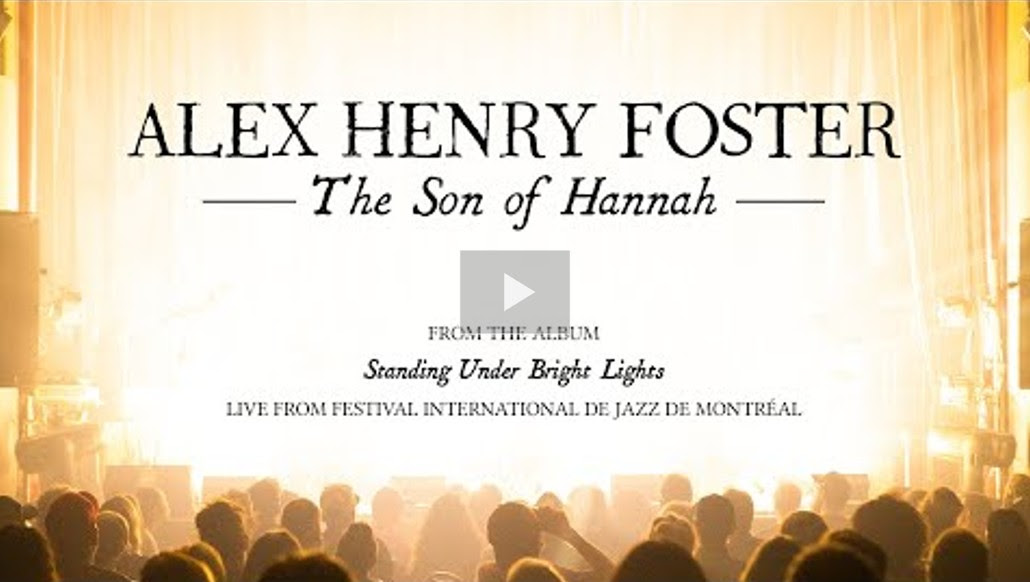 From Montreal and now residing in the highlands of Virginia, Foster’s full production, 11-piece band concert, Standing Under Bright Lights, was originally set to release October 8, 2020, which would have been his late father’s birthday. Instead, Foster decided to utilize the extra time the worldwide pandemic would give him to produce the recording and concert film.

The resulting project features “The Son of Hannah” along with every song from AHF’s debut solo album, Windows in the Sky, which hit No. 1 multiple times on the BillboardCanadian Albums chart, staying in the Top 40 on the chart for a full year after its release. The songs from this celebrated album were re-invented for the live recording as the band performed along with a movie projection produced by Foster. Almost 2 hours and 30 minutes long, the concert at which Standing Under Bright Lights was recorded is now considered among the best concerts throughout the 40 years of the Montreal International Jazz Festival. 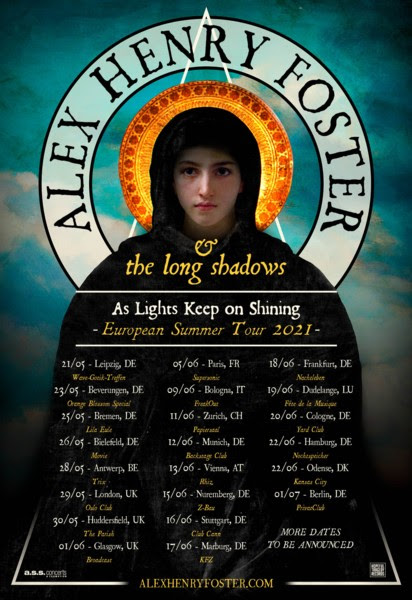 Following the release of the album, Foster and his band are preparing to tour internationally with 23 dates in Europe set to begin in May, pandemic allowing.

4)    Shadows of Our Evening Tides

Rolling Stone, Paste, 2021 Montreal Gazette cover-featured Alex Henry Foster launched his debut solo album Windows in the Sky Nov. 9, 2018. The album’s critical and mass success would once again propel Foster to the forefront of the Canadian music scene where he stood for about a decade as the lead singer for Juno Awards-nominated, post-rock band Your Favorite Enemies before going on hiatus the moment he left for Tangier to mourn his father’s passing. This grieving period, which would last two years, became a journey to the end of his sorrowful desperation and is what would ultimately inspire and give life to the No. 1-selling Windows in the Sky. From Montreal and currently living in Virginia, Foster is using his music and lyrics to bring something greater than ourselves, and shares from personal experiences about depression, dreams, grief and hope. Along with the live album and concert film Standing Under Bright Lights releasing April 16, Foster is preparing to release his book If Only the Voices In My Head Couldn’t Lie later this year.