New York – Embargoed until December 9th:Within the same week that Billboard named Better Noise Music #1 Mainstream Rock Label of 2020, for the first time in the history of the Mediabase Active Rock Chart, the same record label has been #1 for three years in a row. Mediabase acknowledged Allen Kovac’s Better Noise Musichistorical achievement in the 2020 year-end radio charts released today December 9th. Better Noise Music not only maintained its #1 ranking, but the label also saw 34% growth from 12% market share to 16.1% of all Active Rock airplay. Five Finger Death Punch has also been named #1 Active Rock Artist of the Year for 2020.

The label achieved the record-breaking feat with two number ones from Five Finger Death Punch, two number ones from Bad Wolves and another from Papa Roach in the top spot. A further 5 tracks made the top 10, from Mongolian rockers The Hu, breakthrough Country Rock act Cory Marks,From Ashes to Newand Fire From The Gods.

There was another historical first for the label as Bad Wolves’ two number ones this year gave them the title as the first band to have 5 songs #1 in a row in Active Rock. On their way to another chart-topper, their latest single “Learn To Walk Again” is spending its second week in the Top 10.

Allen Kovac– “”Whenever I am asked how we are able to garner this success, my answer is the same, there is no secret sauce. The A&R at Better Noise Music is second to none, combining that with data science and fan engagement allows us to lean in when the data shows that a track is working for the listeners, and that’s good for radio, streaming, the artist and the label.” 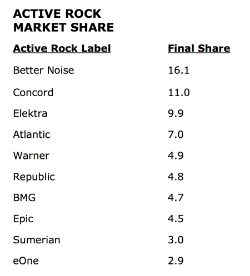 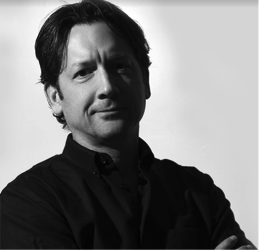 Senior VP of Promotions, Jackie Kajzer’ssuccess was acknowledged by Steve Kline/Better Noise COO“Jackie’s incomparable work ethic and passion for artist development makes her the best in the business. We look forward to her impactful contribution to our marketing mix in 2021 as we continue to push boundaries by breaking more new artists while expanding the growth and diversity of our established roster.”
Sample week – 3rd Quarter Top 10 streams 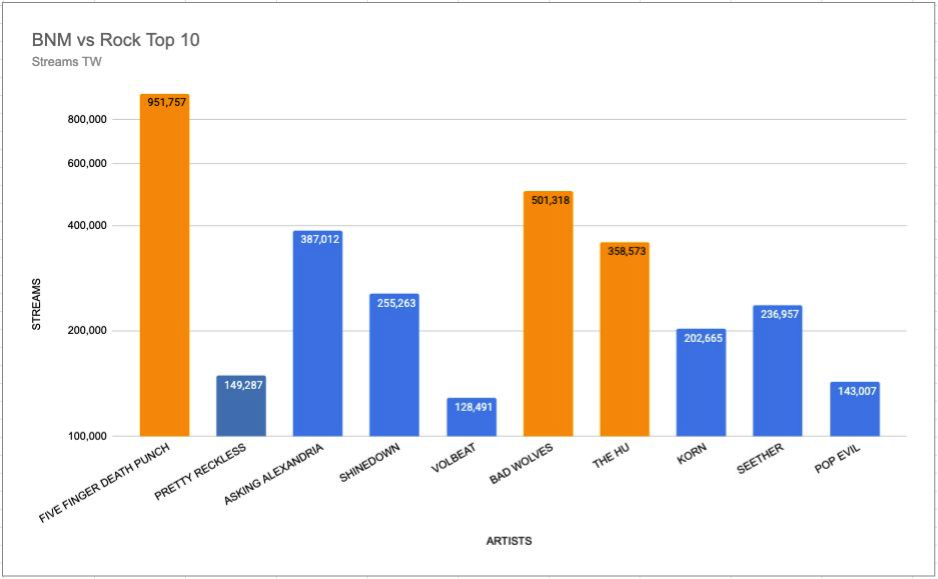 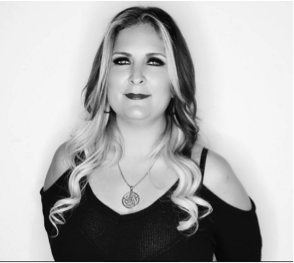 Jackie Kajzer has been instrumental in making the established acts succeed at radio and promoting the next generation of active rock artists.“I’m so grateful to my friends at rock radio for supporting our Better Noise Artists. I’m proud of the job we’ve done in Artist Development and the diversity of our roster.Thanks again to rock radio for expanding the sound of the format with artists like The Hu, Fire From the Gods, Cory Marks and of course with core artists like Five Finger Death Punch and Papa Roach.”