ALIAS KID – Return with New Single: “Out With The Boys”

“OUT WITH THE BOYS”
WATCH VIDEO HERE
STREAM ON SPOTIFY HERE 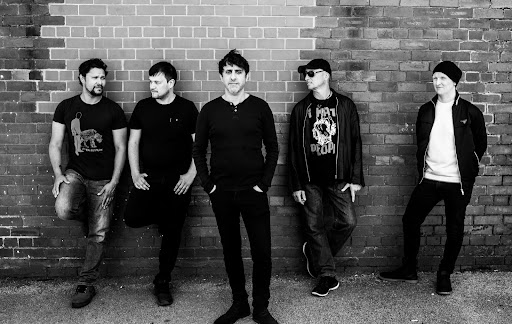 “A great songwriting team, and all stand up comics!”  – Shaun Ryder
“Alias Kid are artful hooligans. A band that is for the people and of the people.”  – Louder Than War
“Alias Kid are a great new band, who slide between the 60’s and 70’s with ease.”  – Andrew Loog Oldham (Rolling Stones Manager)

ALIAS KID are back with the energising new single: “Out With The Boys”.

A shot of straight-up rock’n’roll, the Manchester scene staples return with a song that oozes with a lust for life and living-it to the full.

“Where you gonna go when you find yourself running right into rock and roll” sneers Maz Thrills, his gravelled tones rising above a glorious cacophony of razored guitars in overdrive.

Written in the heart of lockdown of last year when a night out seemed like both a distant memory and far flung prospect, “Out With The Boys” was written by Alias Kid’s songwriters-in-chief Maz and Sean as they dared to dream of the world outside and its dormant nightlife.

“It just came from being locked up and wanting to get back out in the world to have a bit of fun” reflects Maz. “At the time there was just nowhere to go and people were crawling up the walls stuck in their houses. Dreaming of being free I suppose.”

Swapping demos and ideas between Zoom, Whatsapp audio messages and more as they passed the time, by the time the restrictions had lifted the pairing had fleshed out what we now hear as the fully formed “Out With The Boys”. Taking it straight into the studio, the finished version was recorded at Big City Jack‘s and produced by Alias Kid’s new lead guitarist Tony Long (who has been producing records in NYC for some years already) with added input from the rest of the band.

Reconnecting with long-term supporter Alan McGee this year, “Out With The Boys” is the first release on his latest label venture It’s Creation Baby. Signing a record deal with the kind of tale we’ve come to expect from the Creation Stories legend, Maz remembers:

“Alan (McGee) wrote out a record contract on the back of a hotel lunch menu when he met up with Sean in town. Sean obviously signed it immediately and now we are releasing with Creation.”

Originally signed to the Cherry Red/359 by McGee, Alias Kid released their debut album ‘Revolt to Revolt’ in 2015. Over the years, the band have seen their music gain a whole host of radio support from the likes of BBC Radio 6 Music, Planet Rock, XS Manchester and Radio X, not to mention positive press from the likes of Rolling Stone, Louder Than War, XS Noize and The Mirror.

Earning supporting tours with the likes of Black Grape, The Enemy, The Jesus & Mary Chain, Primal Scream, Sleaford Mods and Happy Mondays, the band quickly established themselves as a live act to be reckoned with, which in-turn set them up for a sizable headline tour of their own.

Returning in 2021 with a collection of new songs that have already suitably impressed Alan McGee, Alias Kid are now planning to release them over the coming months via It’s Creation Baby. Looking to build on a rich history of success and to continue their journey skyward, “Out With The Boys” is the first of those tracks to emerge and a formidable reminder of just what they can do. 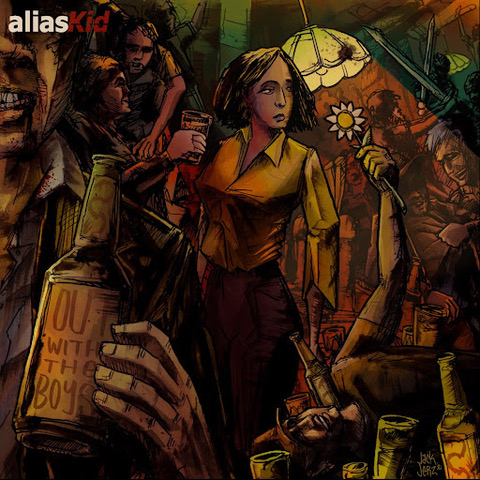 ALIAS KID – “OUT WITH THE BOYS” – OUT NOW, VIA IT’S CREATION BABY
WATCH VIDEO HERE || STREAM ON SPOTIFY HERE